I have seen respiratory consultants for about 30-35 years since breathing in demolition dust while at work in hospital lab causing a lung abscess and when consultant changed he told me I had bronchiectasis not industrial asthma as originally diagnosed. Since joining this group I realised that it is not typical and as I got worse without any more information I eventually asked for second opinion I had echocardiogram. with this con and later he phoned me to ask if I was on bloodthinners . I had been for 2 years and had told him and asked if the got reports from the local hospital that I had been taken to. Answered of course with sweep o arm to indicate the wide areas accessible !

I was given a new appointment which was cancelled and another w days later and then covid intervened and all appointments cancelled and ceased. Never heard any more . Then I got an appointment at whytheshawe for tests and scans, and 6 months later got a face to face appointment , my first there. So before I went I asked my surgery for any info to take with me to appointment. then I found

the the letter which said I had pulmonary hypertension and said he had not arranged to see me furher. i wasn't told this at all .

The con at whythenshawe is dr baldi and he showed me the scan of lungs and explained it . I had bloods taken and there are further tests to be done

I do have atypical bronchiectasis and over the last 2 years my breathing has deteriorated a lot and I can help but wonder if I should have been treated any differently . but I do need more info to understand and be aware. i need to learn more

sorry it is such a long story

Incidentally I was phoned by first hospital who were going through all their listed patients to catch up . so I have an appointment to see first con on may 16 th ,. Difficult ? I know it was covid causing this delay but .......

i shall ask him to send me a report in future well as to surgery. 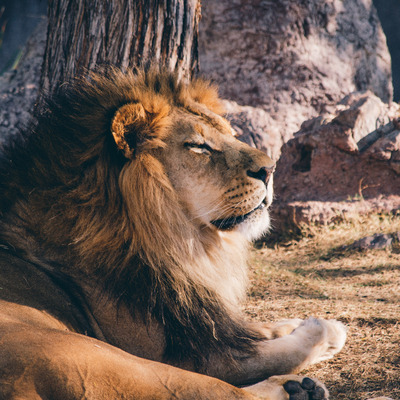 Jaybird19
To view profiles and participate in discussions please or .
Read more about...
14 Replies
•

It’s awful when you don’t get the full story Jaybird and I hope you get good care from now on. We seem to have to be proactive these days and chivvy everyone along. I do wish you well and good luck when you have your appointment in 16th May. Xxxx

It's terrible when you don't get all the information, but hopefully that is all sorted now. Have a good night and take care 😊 Bernadette and Jack 🐕 xxxxxx 🌻🌻

I hope your future care is more organized in terms of keeping you informed and that you feel happier with it all. Best wishes.

Jaybird19 in reply to Patk1

I've been twice only once face to face but impressed by the info given .if you w ant t o know more then go to there but not easy to get to or find way around as is enormous area . You need instructions on layout if driving and I think that i parking is not encouraged. I got ambulance t ansport and he went to wrong place even.

Jaybird19 in reply to Patk1

good It good to have someone to put your trust in

Yes it is jaybird.unfortunately for the most part, these past cpl of years,its very lacking..for me at least.im ready to be more proactive before its too late.i do hope you r helped xxxx

I do sympathise with your situation.I still have queries about some aspects of my conditions. Whether I will ever get the answers I don’t know.

But please push for more information. It is our lives, our bodies and good doctors do understand our need to know.

Jaybird19 in reply to Katinka46

thanl you katinka your story is truly horrific . I've heard other stories of private health too while I was l at work in hospital environment throughout my working life. I do wish you could get more publicity yourself but I know that I am wary myself of losing the help that I have currently. I am going to see what the first con has to say says but keep on with the the other if possible. have more tests yet. did you see the recent tv production by adam ? ( called this is going to hurt )about life on maternity wards where the NHS had to pick up the pieces of drastic bleed after delivery in private hospital . this programme was very caustic about some NHS staff too.

You could write a book ? you have most of it already.

Katinka46 in reply to Jaybird19

I have written various pieces. You have read some? I wrote a piece for the Professor in Sheffield, he wanted me to write about patient/doctor relationships in complex cases. But he wanted my cartoons as well. So I had to find a way to do that and also include some of the weightier matters. I cannot remember if you have read that one? You are very welcome. And I am now writing a much longer piece. It includes the tale of my husband's accident. It is called 'Under the stethoscope: the patient's point of view.'Thanks so much for your support and encouragement.

Jaybird19 in reply to Katinka46

you sent me some of your story a few weeks ago . I have replied to your PM also but haven't read anything about relationships between patient and doctor. that could be very interesting. especially as it develops. mine have certainly changed .

I hope that you get clarification and more answers moving forward.

Endoscopic Sinus Surgery), but do you think the hospitals will let me go ahead with both surgeries...

exercises at home. Some exercises I found got me breathless more than others. But still think it...

exercises I struggled more with. Which I can understand because it's pressure on your lungs more. I...

Can you still have lung problems with a normal pulmonary function test?

Although, dlco likely underestimated, but have had this problem on 2 PFTs where it has been...