Has anyone taken Olanzapine for a yea... - Action on Postpar...

I am on both Olanzapine and Diazepam (long story) and I have been worried about the long term side effects of Olanzapine so I decided I wanted to taper off Olanzapine first. However, I want to fall pregnant in the near future and Olanzapine is considered safe during pregnancy so I changed my mind and will be tapering off the Diazepam first (not safe during pregnancy). I would love to hear from anyone that has taken Olanzapine for longer than a year. Did you have trouble eventually coming off it? Did you experience any issues taking it long term? Thanks so much 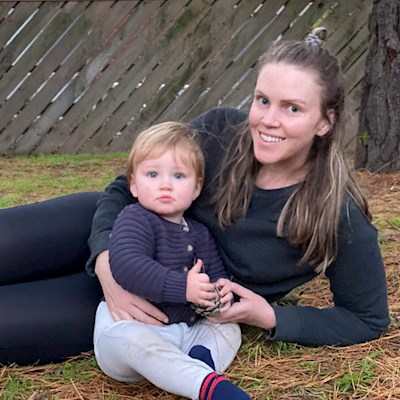 NicJK
To view profiles and participate in discussions please or .
Read more about...
20 Replies
•

Thank you for reaching out to the forum! I don't have any personal experience of Olanzapine but I'm am sure others in the group may share their experiences.

A good website to do with medication during pregnancy is BUMPs:

Hope that helps a little!

Thank you Jocelyn! I will take a look at the website

I took olanzapine for a year only, sorry I can't be helpful in that sense. Maybe you can seek reassurance from your psychiatrist on tapering off the olanzapine after taking it for more than a year? It also sounds like a good plan to do a drug at a time (even if they are very small doses) and take it step by step. It is exciting news that you are planning on another pregnancy, wishing you all the best. Take care

Thank you very much

Yes, 2.5 mg at a time worked for me. Take care and small steps at a time

NicJK in reply to Helen_84

Thanks so much for sharing your experience with me. I'm interested to know, how did you taper off Olanzapine the second time around?

NicJK in reply to Helen_84

Well done! And thanks again for sharing. It's always a good idea to listen to your body. Did you reduce by 2.5mg each time?

I was on olanzapine for about 13mths and gradually reduced in that time - eventually to 2.5mg before coming off it. The only thing it affected was my sleep, i didn't sleep very well and had to take sleeping tablets but I think I am quite unusual having that trouble, a few months on my sleep is still not what it used to be, I sometimes have trouble falling asleep and sometimes wake really early but having 2 little ones and listening out for them is probably going to be the main reason for that. Best of luck with it and future pregnancy! x

NicJK in reply to sarahm2015

Thank you so much for sharing your experience. Just wondering, did you drop 2.5mg at a time when tapering off? Or did you break the tablets? I have read and heard from others that sleep can really be messed around after stopping Olanzapine

. Well done with getting off Olanzapine while looking after your 2 little ones!

sarahm2015 in reply to NicJK

Thank you, yes with guidance from my consultant I reduced 2.5mg at a time and eventually came off that, I think I broke those in half for a few days. I found it quite hard the first time I came off too, had sleeping tablets for a few weeks that time too but recovered more quickly. This year I’d been on it for longer after a period of depression so I had to wait and come off the antidepressant before they would let me stop the olanzapine. Feels good to be off meds now, just wish my little darlings would sleep beyond 5.30am! Take care

Hi NicJK, I'm currently on 2.5mg olanzapine and have been for just over a year. I went on it just prior to the birth of my 2nd son, to prevent me becoming unwell. I expected to be off again long before now but Covid combined with moving house meant i decided it was safest just to stay on until things are calmer. I had 2 weeks off it in about September but insomnia became quite a problem so i went back on.

After PP with my 1st son i was on olanzapine too and found that i struggled with insomnia when withdrawing. Every time i reduced my dose I'd have at least 1 sleepless night. I did cut the tablets in half each time i reduced to lessen the withdrawals.

Personally i feel that because i know it's a withdrawal effect I'm not too bothered about the immediate insomnia but I'm prone to insomnia when under stress so I'm quite glad to have the medicated sleep right now! I will have to bite the bullet soon and get back into developing good sleep habits and stop drinking so much caffeine...

I hope coming off olanzapine goes well for you. I took it whilst pregnant and breastfeeding on the advice of the psychiatrists and the only negative I'd say is the drowsiness first thing in the morning. Though is worse for my husband who ends up having to get up with the boys far more than his fair share just because he can't rouse me!!

Hi Hazello , apologies for my late reply. I really appreciate you sharing your experience with Olanzapine. Have you ever been on a dose higher than 2.5mg? I would like to reduce to 2.5mg (from 5mg) but every time I have tried to reduce the insomnia gets worse - much like what happened with you. Sounds like you have a very supportive husband

Hi NicJk, Apologies for the delayed response! When i had PP iwas on 10mg olanzapine for some time and gradually weaned down the dose when my son was around 9 months, i think.

Then since my second son was born I've taken 5mg for acouple of short periods when i was particularly anxious and around about when he was born.

I personally have found this time going from 5mg to 2.5mg was fine but perhaps that's because iwasn't on 5 for longer than afew days or a week each time.

Since i messaged you I've (unsuccessfully) attempted to wean off the medication. I'm now just taking half a2.5mg but the insomnia was horrendous when istopped it so gone back on the half tab. With hindsight maybe the week they announced nurseries shutting not the best timing for coming off!

How are you doing? Have you tried to reduce down again? If you're struggling to come down from 5 to 2.5 you could go to 3.75 (ie 1 and a half 2.5mg tabs?) I've realised from internet searches that everyone seems to recommend staying at lower doses for afew weeks before moving down again (not the few days idid this time, oops!!)

Hi I'm currently going cold turkey off 20mg which I've been on for ten years. The withdrawals are intense the doctor should taper you off it slowly. I've gone for the hard approach which is possible if you are strong willed. I find night nurse takes away the anxiety it contains promethazine you can get the tablets in 25mg format, taking these has little side effects according to the nhs website. I have decided to do this because I've gained weight am full of lypoma and have no libido or energy to want to do anything. I will admit it's tough I've had 15 mins sleep in 5 days but since I have taken the promethazine it's enabled me to feel some sense of relaxation. I have done some research and according amongst all the garbage it takes around 90 days for your neurotransmitters to adjust so prepare for the long game also consider the half life of the drug which is around 50 hours for half of the dose to be metabolized from your system. Only take the promethazine if you are not allergic to any of the ingredients . Check the bnf and nhs website and check with your pharmacist bbefore commencing any medication for your safety but that's my solution. If you need to vent or anything feel free that's what these forums are forGodspeed

Hi comwonder , sorry for my late reply. Wow you are very brave to have gone off Olanzapine cold turkey! Just wondering how you're doing now? Has your insomnia improved? I don't think I am brave enough to go cold turkey - I will take your advice and come off olanzapine slowly

Hi, I've not had anything since the 2nd of December now and all my symptoms have passed I've stopped taking the promethazine also as I don't need it anymore it just takes time for your brain to adjust, it's mind over matter I feel great I've lost weight and have more energy. Good luck with your reduction.

Wow that is fantastic to hear! Good for you! You are very strong willed. Are you sleeping properly too?

My son was on 15mg for 16 months. He quit cold turkey and had no withdrawals. I was terrified when he told me he wasn’t taking anymore Olanzapine He was tired of the side effects. He put on 40 pounds in 16 months. He said the medicine made him feel separated from the world and said he had no interest in life. So, he quit cold turkey. It’s been 9 days and no withdrawals took place. The horror stories had me terrified of what he would go thru, but everyone is different. Guess he was one of the blessed ones.

Has anyone fallen pregnant while taking Olanzapine?

currently on both Diazepam and Olanzapine. I am tapering off Diazepam first because it is not safe...

Has anyone weaned off of olanzapine successfully?

weaning off olanzpine can cause insomnia. I wondered if anyone else had this and if so how long did...

Another Olanzapine post - I wish I could stop worrying :'(

if I wanted to come off it. I decided that I want to stay on it for a while longer (during next...

of Olanzapine and would like to reduce to 2.5mg. If you have ever reduced, how did you do it? Did...

years I have been taken off olanzapine. I had PP in 2016 and I have been on a long journey of...