Well 1 April came and I had the magic jab into the right shoulder, amazingly, I am almost pain free with an incredable amount of improved mobility .... can almost get my jacket on without assistance. I got my INR down to 1.7 in 2 days from 2.2 and back up to 2.5 in another 5 days. Sorted ! No problems.

I expected pain with the jab and no side effects, instead got, no pain with the jab and two side effects. One I am blaming vagal nerve and the other cortisone - but in fairness I don't think it was cortisone as such rather the lack of pain enabling me to sleep more or less peacefully for the first time in a year or so. Ever since I have been so sleepy, dropping off my perch all round the house any time - again I am thinking of cortisone having some side effects. Just as well my GP signed me off sick - could never have driven a bus.

Then Saturday night Mrs Carn Euny did our evening meal, a Pork loin which was great ( I do like Pork) then on Sunday I began to bloat, and bloat, like I was on a garage airline pumping up my car tyres. During this bloating I took my BP and it shot up from its usual of around 132/70 ish up to 162/89 and HR fell to around 54 (OMG ! did I feel ill, really ill) but by Monday 4 April it dropped again and stabilised at 123/71 with a normal HR of 64. I have had this before with Pork (but we rarely eat it in any shape or form) but not as dramatic as this. So, Pork is now banned. Why don't I learn. Thus my initial confusion, how could cortisone casue this then I realised it was food and vagal nerve. Mercifully I didn't lurch into AF. 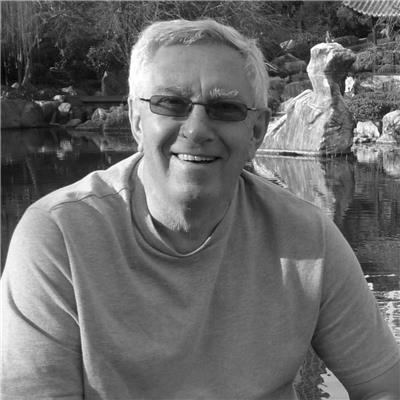 carneuny
To view profiles and participate in discussions please or .
Read more about...
10 Replies
•

Oh no, it's such a shame when we cant eat what we want. I wonder if a smaller portion of pork would have been ok for you John? Did you have a lot of it on your plate?

It could be caused by the chemicals pigs are injected with to keep them parasite free? I know nothing about pigs, but being brought up on a farm I do know that cows are injected for that reason. My dad was annoyed about it and wondered what effect it could have on humans

How about trying some organic pork?

Hiya Jean, I had not thought of organic pork to be honest. I suppose it's worth a try. I don't have that much of an appetite these so I tend to eat small naturally, particularly with my evening meal. I must say I can't eat Duck 🦆 either but that's because I find it far to fatty. I agree, we just don't know enough about the impact of chemicals in agriculture, be it arable, vegetable or animal. Thanks again for your suggestion about organic pork. Worth a go.

I never ever touch pork. I love the meat but it threw me into the worst arrhythmia attack ever when I had a meal of pork the evening before my return from Ibiza. I dont drink alcohol and was well hydrated with water. I woke in the night with afib which got steadily worse during the night.

Managed the flight home the next teatime and the arrhythmia got worse and worse on the trip home, I had to go straight to a and e and was diagnosed with SVT, my first ever event. I was in hospital for five days being stabilised.

Never ever had pork since. There is no doubt that was my trigger. I have had cortisone xray guided injection into my epigastric area with no arrhythmia being triggered. Pork is your most likely culprit.

carneuny in reply to meadfoot

Hiya Meadfoot,Many thanks for your comments. I must say that I haven't felt so ill with the bloating when my BP took off like it did. Dreadful. It happens from time to time for me with foods but it's been ages since it was that grim.

Trust you to be blaming a poor defenceless little 🐷 for your self-confessed gluttony! 😉. Here’s hoping the pain stays away and regular sleep pattern return, being relatively pain free after all this time must be a blessing!

carneuny in reply to FlapJack

FJ, young man ............ its sooo much of a relief and my experience of pain was relatively minor compared to the experiences of many other poor folk. Even so there were many times it drove me into the darkest places. Pain is another world altogether.

Just think of all the little oink, oink's

Glad your pain was helped, maybe the sleepy thing is just catch up after so much sleep deprivation, recovery to our system takes time.

Thanks CD, Yes, I think the sleep bizzo is a 'catch up' thingy. Be glad to get back to work on Saturday and start getting more active and use the brain a bit more.

Delighted the jab did the trick, as for the pigs I'm a veggie so here's to a pig-free diet, 🐖🐖🐖😀

First, glad it’s sorted, second, perhaps not the pork but the portion? 😏Less is more in afib world..in my experience.

And secondly, shoulder issues/cortisone shots, been there done that, and yes, immediate pain relief for sure. I didn’t have Covid and wasn’t on any meds at the time, but I’ll tell you this...It was giving me extreme grief for 5 years. I had given up...I had been to see every specialist possible, MRI’s CT’s,

Xrays poked and prodded, and in the end a surgeon sat me down, went through the images with me and said...”can’t find a thing...rotator cuffs are very complicated things, so many moving parts” ...eventually it returned to normal...I had given up..still a mystery. First the left, then the right...ya I was bummed. Glad you are back in the saddle!

am to have my guided cortisone injection into my right shoulder on Friday 1 April. I am planning to...

which resulted in the total weekly mg of Warfarin dropping by only 1 mg. I pretty unhappy with...

between Cortisone injection and Attenolol and it says that the Cortisone can lower the...

Can Anyone Explain Why It's so Difficult to get an Alation i...