SVT back after ablation? : I had my ablation... - AF Association

I had my ablation for STV on the 10th Feb.

I was told at the time that they may not of got it due to being so close to my AV node abd I was going into heart block during the procedure.

I've had a few little bumps etc since but no SVT. However today after eating my heart started to race which lasted about 20 to 30 seconds.

It then left me very tired.

I'm concerned it's back. I am aware that the ablations for Afib that it can take a long time to be sure it's worked but I was wondering if this is the same with SVT.

I really don't won't to go back on meds if I can help it. 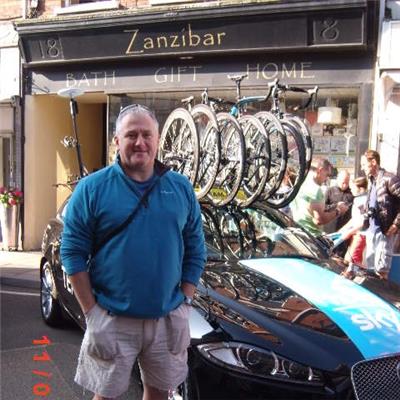 chris45558
To view profiles and participate in discussions please or .
Read more about...
11 Replies
•

These things take time to heal- minimum 3 months. Read the guidelines written by persons who had ablations. Take magnesium to help the heart heal and beat.

chris45558 in reply to Dawsonmackay

Thanks for the reply. Good to know ablations for SVT take a while to heal as well as the ones for Afib

Hi Chris. It's normal at this stage after your ablation, to worry that it hasn't worked. I've had 3 for AF and flutter. Perhaps it won't cure you 100%, but they usually ease symptoms. Time really does make a great difference to healing. I had stitches in my forehead 6 weeks ago and it's still not completely healed and slightly sore. Give it a few more months before deciding it hasn't worked.

I guess the trouble was that both the cardiologist I saw and then the EP both stated that an ablation for SVT is a complete cure in 98% cases. I was worried I was in the 2%. But you are right it may take a while longer to heal. Thanks Chris

Chris, I am an A-Fib/A-Flutter and SVT sufferer who had a an RF and Cryo ablation in 2018 and whilst the A-Fib has mostly resolved itself I still get SVT from time to time like you for 30 seconds. I know it’s disconcerting, but you have to realise it won’t kill you. You aren’t going to just drop down. Breathe and change position often works for me. The other night after eating I sat on the sofa and went from 51bpm to 145bpm in a second. It lasted 25 seconds and then back to normal.

Don’t despair, it’s early days and no indication that the ablation was not successful. As others have said it’s about time and every person heals differently.

chris45558 in reply to Dangerousdriver

Hi thanks for your reply. It's good to hear your experiences and reassuring.

I was just a little worried as I'm an emergency services front line worker and had to convince my bosses that I'm fit and healthy so I can stay and help with the current situation in the world.

Dangerousdriver in reply to chris45558

Snap! Coming from an ex Met Response Officer I know where you are coming from. I’ll PM you Chris.

Like the others, I had mine March last year, it wasnt until the August the little flutters and bumps finally stopped. The first two months after they were so bad like you I wasnt convinced it hadnt worked. A year on almost to the day I get the occasional flutter but its really rare. Remember youve just had your heart burnt, it will take some time to heal.

Hi thanks for your reply. It's reassuring that it is normal.

and then called me back yesterday after talking to EP to say that for an SVT ablation this would...

Just wondering if anyone else has had to have a second ablation ? I had my first one in July of...

I had my second ablation for SVT on Thursday and have been diagnosed with AF among other things. I...

discuss the procedure only to have a bad episode whilst in there , whipped to a and e and back up...

Back home after ablation

studying these pages for 2 years whilst in the ablation queue. Had it done on Wednesday and stayed...

I've made a big decision!