3rd Ablation 1st With Dr. Natale: Had my... - AF Association

Had my third ablation yesterday. This is my first with Dr Natale @St David’s in Austin.

Everything went well. PVI ablation from 2009 and recent touch up in January were good but not addressing the issues that led me back to my second ablation in the first place.

Dr. Natale addressed isues that included Posterior Wall, Corinary Sinus and LAA as well as a quick extension of the PVI. At one point during the procedure my HR went to 240 bpm (organic). 90 minutes total of burn time.

The usual chest discomfort today due to both the procedure and the extra fluids on board. Gained a little over 3 pounds since yesterday. I think normal is between 3 & 6.Nothing out of the ordinary as they are giving you fluids along with the fluids from the ablating catheter. They used the collagen plugs so my bed time was only 2 hours so I only needed one dose of pain inhibitors. Became coherent in recovery around 3:30 and back to my room by 4:00. Up and walking around by 4:30.

Going back to hotel today and fly home Monday or Tuesday if I can’t get my flight changed. 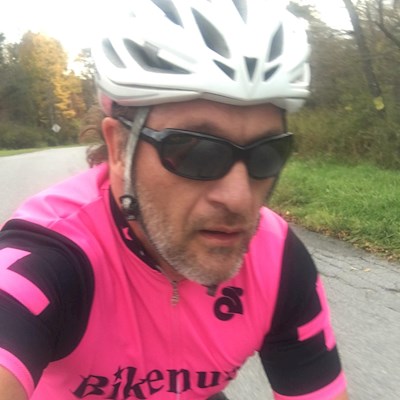 rocketritch
To view profiles and participate in discussions please or .
Read more about...
18 Replies
•

Glad all went well Where do you have to fly to

What is a coligen plug???

IanMK in reply to paulh1

A collagen plug is used to seal the femoral artery where the catheter was inserted.

paulh1 in reply to IanMK

Wish the heck they had those available when I had my ablation!!!

rocketritch in reply to paulh1

They make recovery so much better. Laying flat on your back for 6 hours after being on the table for several more is terrible

If yiu live in Pa how did you get involved with an ep in Austin? Curious to know your details. Did you have to meet with him several times before abliation? Thank yiu.

I've known about Dr. Natale since my first ablation back in 2009. I was encouraged to see him back then at Cleveland Clinic if memory serves me right. But a at that time it seemed easier for me to just have the procedure done in Pittsburgh.

As time progressed and my symptoms started to return I always told my wife that if I ever needed a second ablation Dr Natale would be the one to do it.

His experience is unserpassed and you really want someone doing this proceedure that has dealt with as many nuanced cases as possible. But as circumstances would have it my second ablation was done by the previous EP.

About 3 months post second ablation I started researching as to the process for contacting and seeing Dr Natale.

During this time frame since my January ablation was a failure I was cardioverted and placed on Ticosyn by my EP.

At this point my current EP didn't feel that there was anything else he could do for me. We had several conversations and I told him that I was researching the possibility of seeing Dr Natale. He offered to do anything he could to help make that happen.

During this time I had been getting records and such sent to Dr Natale for review of my case. The whole process was pretty straight forward and his staff was really good about answering questions and guiding me through the process.

At my last appointment with my EP in Pittsburgh he started discussing options as he is really vested in my well being. He was suggesting that I go to CC for a consult on having a laproscopic ablation. When I told him that Dr Natale had accepted my case and I was just waiting on a date he told me that if I had the opportunity to see Dr Natale that by all means I should go. He again offered any assistance he could.

I never met Dr Natale until last Thursday when we had a meet& greet / consultation. He is a very pleasant man with a very warm demeanor. Easy to talk to and straight forward in his approach. I wish I lived closer and had the ability to see him on a more regular basis.

Thanks for the information regarding Dr. Natale!

Live in Austin and few months ago had ablations performed by another EP group at St. David's Heart Hospital.

However, I recently changed cardiologists, and just realized that Dr. Natale is in the same group as my new cardiologist...hopefully won't need further procedures, but will certainly consider him, if so.

Sorry you happened to be here for 106 degrees today and 109 tomorrow:-)! Very unusual, but does happen occasionally.

Hope you recover quickly and safe travels back to Pa!

Thanks. My experience here had been good. The original plan was for my wife and son to accompany me and do some site seeing last week before my ablation.

I have been considering moving to Texas for work, however my wife thinks it would be too hot. Her brother was in Huston for four years and always complained about the heat. So she is basing her thoughts on that.

I lived in Atlanta for 6 year and it gets pretty hot there so the heat would not be an issue for me.

We will be back in January for a follow-up and temps at home should be hovering around zero at that time and she hates that worse than the heat. So the weather here should be more appealing to her then.

I just recently had my second ablation with Dr. Al-Ahmad at Texas Cardiac Arrythmia - they do the ablations using St. Davids. I was especially pleased with the hospital. My experience much the same as yours, but you beat me on ablation time - I had 66 ablations in a 2 1/2 hour procedure.

If this does not address everything, Dr. Al-Ahmad is going to have me see Dr. Natale. You were so fortunate to be able to see him - he is not always in the office here in Austin.

I wish you a good recovery, and that you return to total health.

Yes I feel very fortunate to have had him work on me and to now be one of his patients. I know he does extensive research and instrument development as well.

Having him as executive medical director at St David’s also affords them the highest quality cutting edge equipment as well.

Your right. I mistyped.

Congratulations on your ablation with Dr. Natale. When I decided to do an ablation, my commercial airline pilot friend referred me to him. Dr. Natale fixed him and he has his First Class medical back and is back to flying. Since I was not considered a difficult case, I have paroxysmal Afib, it would have been a wait for me to get on his schedule. I was able to get in with Dr. Horton also at Texas Cardiac Arrhythmia in Austin in a few weeks since the initial call. Dr. Horton is one of the best clinical cardiac electrophysiologists in Austin. I had my first ablation in February and a touch up in May. I feel very confident following my second ablation. Dr. Horton was very knowledgeable, approachable and capable. Also, he has office hours in Dallas one day a month so it makes less travel. Great job on getting your Natale ablation!!!! Happy healing and steady beating!

Thanks. It appears that you have some of the best afib EP’s available here in Austin.

I think we do - I was told that all these doctors are top in the field, and you can't go wrong with anyone on Natale's team. As much as I'd like to see Natale

I hope that this second ablation will be the end of it. Al-Ahmad says if I need further ablating, he and Natale will both be in lab together. Shame one cannot be awake for it!

The operating theater with all the equipment and screens was impressive, and in many ways almost sci-fi.

You will be shocked to see how much this procedure costs - I'm so glad for insurance!

That does not surprise me. I am quite sure that Dr Natale would want to be surrounded by the best.

being referred back. I am in permanent AF again after two cardioversions and two ablations in 2016....

thing and if the AF comes back with a vengeance I'm prepared for a pace and ablate. ... not the...

Had 2 Ablations For Afib and Flutter, last one 10 months ago, was doing well for first 3 months then

1st day after Ablation for AVNRT

RT ablation yesterday and just wanted to hand onto some pointers for those others hovering around...

Anyone else tapering off bisoprolol or any other anti-arrhyt...

A bit disheartened and confused