I was diagnosed with G9 PCa back in ‘16. After an RP with positive margins and an undetectable PSA I chose to undergo adjuvant RT and a year of ADT. My PSA remained undetectable for 27 months post surgery until last week when it registered 0.4.

The first thing I’m doing is retesting the PSA next week to rule out lab error. In two weeks I’ll be visiting Johns Hopkins to discuss my options. I’m guessing that they will want to do another scan and get me started again on ADT - does that seem likely? I really dread the prospects of enduring more ADT...but I suppose you do what you have to do. 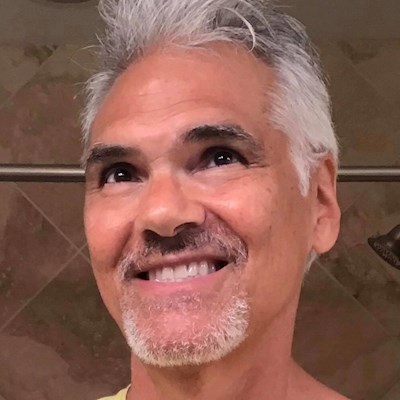 shueswim
To view profiles and participate in discussions please or .
Read more about...
16 Replies
•

I would ask about the new PET scan with axiom. Studies have shown that with Scan is 80 to 100% accurate with the higher PSA, so it would be better to wait until your PSA is over 1.0 even 2.0 to get the best results. This scan is pricy and you have to get on a list to schedule the scan since there is a great demand for this new but effective scan. You can read about it on most of the prostate cancer sites. You would likely end up on ADT again after the scan, but you would know where it is.

I had the axiom PET scan in ‘16 pre-RP. No sign of distant mets at that point. I was surprised that my doctors here in Florida didn’t order a rescan in advance of my visit to JH in a few weeks. I also asked the JH folks if they’d need those scans in order to formulate a treatment plan...but they didn’t respond.

ADT almost assured. But better than the alternatives. If now more aggressive maybe for life... Join the "new normal" group we have here and get on with life for all it's worth..

shueswim in reply to Shooter1

That’s what I’m thinking as well. For me ADT was the worst part of the earlier treatment. But...you do what you have to do.

Did the adjuvant radiation include the pelvic lymph nodes?

When to start on lifelong ADT depends on a number of factors. Clear indications are detected mets, rapid PSA doubling time, and high PSA. An early study suggests there might be an advantage to starting before those clear indications. You may want to start with intermittent ADT, or possibly bipolar androgen therapy which looks interesting in early trials at Johns Hopkins. You may wish to speak to Dr Denmeade about it:

It’s been a couple of years so I’m not certain, but I believe that the pelvic lymph nodes were radiated.

I expected to have another axiom PET scan ordered when I saw my local doc this week but instead he insisted that I travel to JH, specifically to meet with Dr. Mario Eisenberger and didn’t want to do anything until I went up there. I’m wondering how Dr. E can formulate a plan without those scans? My assumption is that imageable mets with a PSA reading of 0.4 are unlikely but who knows.

As you noted, PSA doubling time seems to be one of the key variables to be determined. How can they gauge that if ADT is introduced before it can be measured?

I’ll certainly ask Dr. Eisenberger about other options. ADT was the worst part of my earlier treatment so I’d like to think there is something better with less side effects. But I’ll do whatever I have to do to have the best outcome.

There really is little reason to have a PET scan, especially at your low PSA. PSADT would be determined before you start ADT.

Noted your post while skimming past posts relevant to my situation..... It seems to me that a lot of docs throw ADT at us well before it is established that it is needed.... and I note that you were preparing yourself for it as well..... What ultimately happened?? What kind of PSADT did you have... did you ultimately have another PET/CT?? Any mets... any identification of a source of the rising PSA?? My PSA has been rising for 7 yrs and I have been adamant about avoiding ADT... It's reached a point where I have to start paying attention ( Bone Scan negative but that's , as we know from being in this forum, not definitive) my doubling time is quite slow and I am hoping to squeeze out a couple more years ADT free... wish I could get an intelligent estimate of how long I have if I avoid ADT entirely.... the "cure" ( as they say) for some of us is worse than the disease... that is, at least, until it's in it's final stages : )

Well, I think it depends on your individual circumstances. In my case the PSADT was <2 months so there was no question that “something” needed to be done. Virtually all the doctors said ADT had to begin soon but I wanted to hold off in hopes of locating the site of recurrence. My thinking was that this knowledge would open up other treatment options. But with G9 cancer and a short PSADT, ADT was always going to part of the plan.

Long story short - I had a PSMA scan that detected the cancer in a few pelvic area lymph nodes that I’m treating aggressively with radiation (24 treatments down 9 to go) plus ADT plus Zytiga.

Without bone mets I'm a little curious about why they've added Zytiga to the mix.... I can't afford the damn drug ( another reason that I am hoping to find other Tx that could bypass ADT for a while... I am not fiscally prepared for the price of these medications... insurance, on the other hand, will pay for salvage procedures.... My PSADT until now has been 1.73yrs when computed from 2015 until now.... but they STILL want to prescribe ADT..... Will probably refuse unless scans show extension into soft tissue and/or bone....playing with fire and hoping not to get burned badly..

See my response at the bottom of the thread. I neglected to reply directly to your response so you have to page down to see it.

Think about at least adjunctive chemotherapy.

Yes, that seems very likely. The scan will most likely be negative, but with a Gleason 9 and a confirmed return and increasing PSA ADT is the next best step.

Repeat PSA each month for 3 months to eliminate lab error and PSA blips.

If it is rising then the doubling time will help guide your choice of treatments.

The treatment of hot flashes is Effexor XR. Start with 37.5 mg daily and increase when the hot flashes kick back in. Once you get to 150 mg consider Paxil 10 mg.

Neurontin can work but with notable side effects.

Based on the Latitude study Zytiga was shown to have a significant survival benefit for those men with metastatic PCa who are still castrate sensitive. In order for my insurance to pay for it I needed to provide proof of metastasis. That’s what the PSMA scan was able to do - no bone mets, but rather 5 lymph nodes. BTW, I debated about whether I even wanted to add in the Zytiga because some doctors feel strongly that using it early (before the cancer is castrate resistant) leads to a more aggressive cancer once it no longer responds to ADT. The Latitide study however was very persuasive so I’m rolling the dice.

I visited Johns Hopkins back in the fall last year shortly after recurrence. Dr. Mario Eisenberger is one of the foremost authorities on PCa. He, and JH doctors in general are not proponents of early use of ADT. Under my insurance, I was able to meet with him and pay a small specialist $35 copay. Not sure where you live, but if made your way to see him he’d certainly support your reluctance to use ADT as sooner than absolutely necessary. My PSADT didn’t leave much room for waiting however.

Thanks for the redirect to the response. I get your reasoning.

You have an awfully fast PSADT for soft tissue infiltration.... I think I would consent to ADT in your situation as well...... Thanks for the tip on Dr. Eisenberger... wish that there were more general consensus among the experts on the use of ADT early on.

Hope your Tx is successful

Plan for my husband's biochemical recurrence

had PCa, so I started getting PSA at age 40. Biopsy confirmed presence of PCa in March 2009.

Anyone keeping Biochemical Recurrence under control without ADT?

While ADT appears to be the gold standard for initial BCR there appear to be a plethora of other...