Just started on 10 mg Adderrall. When the pharmacist said don't forget to eat I chuckled and said that definitely won't be a problem!!! Lol! I should of known this would happen cause I'm a n ex meth and crack addict. Its been so long since doing drugs I forgot how bad the no appetite can be. Its ok right now cause weigh 215 so a little weight loss will be awesome!! Kinda happy its happening but even the thought of eating makes me sick. Forced a few things down yesterday but really had to force myself!! Its weird cause I eat constantly if not on it. I just went thru a major eating binge due to not smoking. So the last two days on adderall has been great. Plus its helping with the ADHD big time. Anyone else take adderall and have no appetite?? 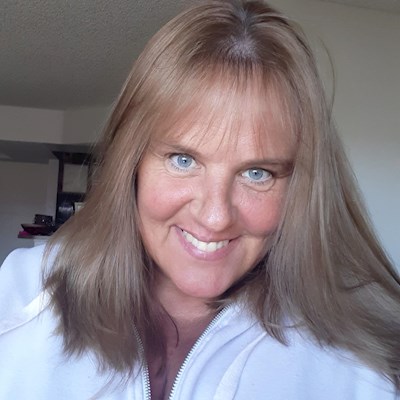 lovedogs51511
To view profiles and participate in discussions please or .
Read more about...
17 Replies
•

I have lost 15 pounds and I love it. I don’t have an appetite at all. So sometimes I do have to force myself to eat especially when my husband eats but it is minimal. Sometimes I get a nervous stomach feeling in the morning so I am thinking about quitting coffee thinking that may be the problem. And I pretty much don’t have sugar cravings like I used to. It’s awesome!

Oh that's great!! We're a lot alike as the sugar goes. I'm a total sugar addict!! I ate once it wore off so I need to go and get extended release and bump up the dosage. I hear that 20 mg XR is a pretty regular dose some ppl take. Right now I can't sleep so made pot of coffee! Not smart. Its probably good you quit coffee. What is your dosage per day?

I am still trying to figure it all out. The first month I took 10 mg and was absolutely amazed at the results. When I refilled the same prescription I felt like it was nothing so I called my Dr and she said to take one at 8 and one at noon but no later than noon because of the sleep issues. I have had sleep issues for about 8 years and have tried different remedies with my previous Dr and the only thing that worked was Clonazapam. But this Dr says that is not good for long term because it is addictive and is linked to dementia. So she gave me some Trazadone but it doesn’t work and I was getting the shakes. Maybe coming off the Clozapam, I’m not sure. So I went back on the Clonazapam and am sleeping better. But my goal is to get off of it. I have been going to starbucks a lot cuz we are remodeling a house in a different city and we don’t have a coffee maker so it might be that I am consuming too much caffeine. There are way too many variables to determine the right thing, it is frustrating. But I am going to see a counselor next week to help me as well and want to discuss this with her and see what she suggests. I would talk to your Dr about the sleep issues and take the Adderal as early as possible so it wears off by the end of the day.

Yea I'm so much like you. I've been unable to sleep for decades. I'm beyond sick of this nonsense. I take my adderall at 7 am so it wears off by 2 pm. I'm so exhausted right now but stuck at Verizon trying to get new phone. I've tried every prescription for sleep and they never work. Glad something works for you. I'm sorry its hard for me to reply due to this crappy phone an cause I'm so exhausted. Talk again in a bit.

Thanks for writing me cause I just can't eat either! I love it too. Just wondering about the insomnia cause I have seizures if I don't sleep. Do you sleep good?

I honestly wish this was a problem for me. I take 5mg and the only side effects I've notices is that sometimes it makes me sleepy, gives me cotton mouth, and makes my anxiety worse. I notice it does keep my appetite in check in the day time, but by dinner I'm ravenous and eat all the things.

Omg its been making me so sleepy too. I also eat at dinnertime. Not getting any sleep at night either. Ugh

I'm on Vyvanse, but I have the same problem. I have to set the alarm on my phone to remind me to eat lunch otherwise I can go most of the day without eating, witch then really affects my mood in the evenings. My wife can usually tell if I've eaten that day or not without even asking. Even with this eating anything more then a few bites is a struggle until the medication wears off. a friend recently told me that taking medication after eating can take the edge off, but I haven't had a chance to try this out for any extended period of time.

Yea I'm like you. I eat once the med wears off. Eating on it today but,I'm a food ahoholic. I eat way to much stuff so this pill may help me lose a pound or two hopefully. I just started on it like 4 days ago. Couldn't eat at first but now its a tiny bit easier. 10 mg is way to low of a dose for me cause I still can't concentrate and will need xr versus the short acting ones. Thanks for your message!!!#

Lol I'm starting to be able to eat some. Darn it!! This 10 mg short acting adderall is making me so sleepy after taking it. I need the XR maybe 30 mg. I take really high doses of all my meds. But it shouldn't make me sleepy right? Online I can't get any clear understanding but it does happen to some folks.

Depends on how bad your ADHD is. If it's really bad it can make you a little tired cuz it mellows you out. But if you have ADD like me it won't make you tired, on the contrary the opposite.

Oh wow ok then mine must be bad!! Lol. Next month I'm going to see about XR 30 mg. Thanks for your help!!

Yea that sounds good too!!! Is 50 mg really strong?

Yeah it's the third strongest behind 60 mg and 75. They usually start you out at 10 mg and work you up to a higher dose if needed

I know that always drives me crazy cause I always know that it won't affect me till the higher dose. Ill probably end up taking 60 when it works the best but yea I can't tell my psych nurse I need 60 cause he'll think I'm abusing it lol. Its not addicting to me but at 10 mg I just cannot focus on anything that's why with the tiredness I know its way to low of a dose!!

Looking for suggestions to deal with loss of appetite

difficult to want to eat at all, I'm almost never hungry so I tend to completely forget to eat. I...

My appetite has been affected my this since nothing sounds good to eat when my...

that it’s the second time its happened this month!!! I dont know why i forgot to cut the tags off...

40lbs! I am always hungry on adderall and have a history of compulsive eating. Any advise? Should I...

First time Adderall XR use- is this normal?

finally been diagnosed with ADHD inattentive. I took my first dose of Adderall XR (20mg) yesterday...