Has anyone out there tried cold laser treatments for ADHD? Below is a link to a company I found. My sister has been doing cold laser for pain and healing for years. The guy who does hers claims to have cured his cancer with it (not promising, just sharing). It says here it increases endorphine output and that relieves the symptoms.

I'm thinking even with meds, this would be a great way to counteract the negative side effects of long term use, (burning out neuro-transmitters, etc). 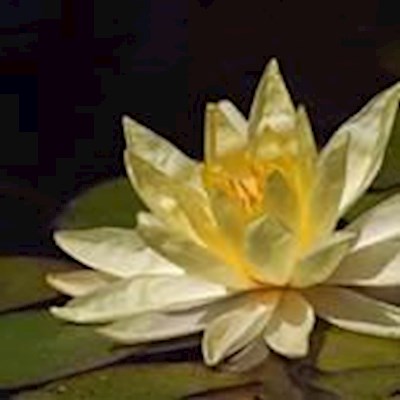 lkrportland
To view profiles and participate in discussions please or .
10 Replies
•

Burning out neurotransmitters does not sound good to me at all. This guy just wants to sell his junk. He can claim whatever he wants. Scientists work on issues for years and even decades and they admit that they haven’t gotten it right and still can’t solve our problems. The brain is an extremely complicated organ, and concerning ADHD, bipolar disorder, schizophrenia and autism, scientist admit they have only scratched the surface. The Cold Laser Guy is just another modern day Snake Oil salesman in my opinion. He’s a clueless parasite trying to take advantage of sick people. Here is an interesting thing, the first people to advertise in news papers, were snake oil sellers in eighteen century England. Their stuff was so cheap so it was very cost effective for them to buy an advertisement in the news papers. Of course none of the stuff worked in those days, and the laser is not going to work in our days. There is an endless train of people claiming to know how to treat or cure this or that, without any knowledge of the condition they claim that they can cure. Claiming that his device can cure cancer, let alone ADHD which no one undestends much yet, is a HUGE RED WARNING FLAG which stops me, at least, right in my track.

I know for a fact that cold laser works for sports injuries and pain relief BUT it may not work for everyone, just like acupuncture doesn't work for "everything." The burned out nuerotransmitter thing is something I saw about the impact of long term use of amphetamines.

YouTube video I found for cold laser - bottom line, practitioner seemed level-headed. It works but duration of positive effect will last 2 days, up to 2 weeks. Ummmm... not a viable long term solution.

Daen in reply to lkrportland

You might find it helpful to look at the Sense About Science website and the Ask For Evidence sit they have on there - so if you next get offered something you are better able to ask the right questions. Although it's a UK site, the principles apply worldwide.

FYI Neurotransmitters don't burn out.... they are chemicals released to pass across the gap between individual nerve cells. I like the Eric Chudler site Neuroscience for Kids although I'm well over 40!

Do you mean that long term use leads to perhaps the body either reducing/switching off production of a particular neurotransmitter (as happens with excessive steroid use by builders) or that after a while the body becomes tolerant to the effects of medication and so taking the medication produces the very symptoms it is supposed to alleviate (as happens in analgesia induced pain)?

I buy the fact that cold laser treatment can work for mild injuries. But that is as far as I’m willing to go in my trust for that treatment. I’ve broken bones, it won’t work for that. My brain is also too broken and has caused me too many unintentional blunders and grief for me to believe that cold laser treatment can work. If it was that easy, we would all functioning individuals like the rest of the people in this world, like yesterday. It would literally be awesome to wake up today without the mess we made yesterday.

Agreed!! I had a feeling it might be too good to be true.

So do amphetamines really burn out neurotransmitters? That sounds a bit awful 😕

HadEnuf in reply to

In a word, no; but stimulant medications can physically alter synaptic clefts by inducing kinking of the incoming axons: whether or not this is reversible (seems likely in view of what we've learned of neuroplasticity in recent decades) and how this relates to dose (possibly relative to some as-yet-undefined ideal) has yet to be determined.

Thanks, I'll stick to the meds: they simplify coping too much to forego, other than a day or two off each weekend as a hedge against developing a dosage tolerance. (It's occurred to me the kinking could well be a mechanism of tolerance, as it could alter transport to the dendrite.)

I'm interested in this treatment ? do you know how much does it cost? and if insurance cover it?

I dont know the cost, probably same as other modalities like chiropractic care, etc. . You can google cold laser for your city. You would have to call your insurance company. Good luck!

Hello all! Has anyone here tried CBD as a natural treatment for controlling ADHD? If so, what are...

Colds and ADHD or just a myth?

with ADHD are more susceptible to colds or getting sick more often? Sick as in the common cold. Is...

Cyclothymia and Depression while finding the treatment for ADHD. I don't think any of these...

husband, and both kids all have confirmed or suspected ADHD and/or executive functioning issues....

Better with other ADHD persons or better with normal persons...