My 16 year old daughter has been struggling with anxiety and depression for years and hasn’t responded well to therapy or medication. A friend was describing similar symptoms her daughter had experienced and it turned out that she had ADD and once she was medicated (Concerta) everything turned around. Has anyone else on here had a similar experience? 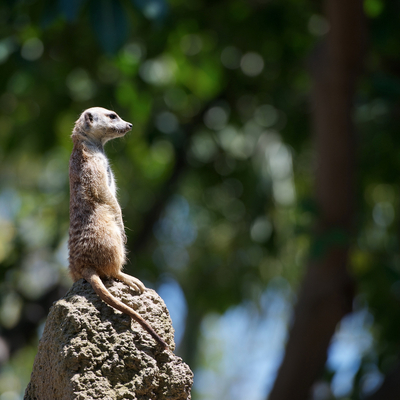 katcald
To view profiles and participate in discussions please or .
5 Replies
•

I have a great saying, " when it works.. it works". I know that sounds simple but it really works. When our son was not on the right medication ( single dose) it was not working and when we switch to two different medications ( both a stimulant and non-stimulant) it worked.

When we had our Pediatrician helping with medication it did not work when we switched to a Child Psycharitrist it worked.

Hope you find someone to help your daughter.

Yes, that was my story from a teen until 40 years old. A year ago my then 8 year old was diagnosed w ADHD and responded well to medication. I saw lots of similarities between the two of us and went to the doctor and was diagnosed with ADHD myself. I stopped taking antidepressants and started taking ADHD meds and it turns out that was what I needed all along.

I told this to my close friend who was having similar issues with her teenage daughter. Her teen son was diagnosed and successfully treated for ADHD, but it was missed in her daughter. She’s now been diagnosed and treated and is having an easier time with college applications and juggling the demands of high school.

Yes, it happens. The performance impact of the ADHD affects self esteem and self image and can lead to secondary anxiety and/or depressed mood. As you stated, identifying and addressing the ADHD leads to a 'fix'.

Yes! My son seemed increasingly depressed when he left school, especially when he left university after just one term. He had always struggled with concentration and working memory, but nobody had ever mentioned ADHD and we didn’t consider it as my son was always polite and well behaved. After some counselling he didn’t seem any better so we paid for him to have a session with a psychiatrist. After an hour of speaking to him, the psychiatrist asked my son if he had ever been tested for ADHD. The test was done and he was diagnosed last year, at the age of 20. We realised though that, although he clearly does have ADHD (and it was a lightbulb moment when we looked at the full list of possible symptoms), he does also have depression and anxiety. This could well have been caused by the years of being undiagnosed, being labelled as lazy at school and feeling ‘different’. I know girls often have slightly different symptoms to boys so it would be worth getting your daughter assessed to figure out what’s going on. My son started on stimulants but started refusing them because of side effects. So our doctor suggested antidepressants which don’t seem to make much difference. So we are now trying again with another stimulant. Good luck with it all!

ADHD often occurs with other conditions such as anxiety and depression. It could be she has both! Not necessarily great, but if you can name it you can tame it. If she turns out to have ADHD, getting the right medication is quite an art, so be sure to work with a psychiatrist who has experience with ADHD.

My child's ADHD often manifests as anxiety in addition to a focus issue.

Good luck with everything!

My daughter was diagnosed years ago with ADD. What a struggle it’s been. Just recently, at the age...

have a 14 year old daughter that has been in my life now for 5 years. Therapy during the 5 years...

A poem from a teenager about the struggles of their ADD

NOT a parent. I am an 18 year old college student who was diagnosed with ADD in fourth grade,...

our daughter about her taking ADHD medications. She was diagnosed in first grade. At that time Her...
•
21 Replies

Does anyone else have issues with teens with ADD and poor dental hygene?

My son just turned 17 and has inattentive ADD. He has very poor dental hygene. He avoids brushing