My ADHD son is 9 and his bedroom is almost always in a state of disaster, except for maybe the few hours after it's cleaned. We've decluttered down to things he cares about and plays with. Everything has an easy home. Yet, it's still nearly impossible to find his floor. We've tried doing daily "5 minute room zooms" to keep it tidy. We've tried making it a weekly chore. We've tried turning our back on it and ignoring it.... Nothing works. The worst part is that once his room gets bad, he then starts playing in the loft...then the living room...etc, until his mess is everywhere. I know his ADHD makes it hard to get motivated to tackle the huge messes, and it's hard to stay organized in the every day. Any suggestions of things that have worked for you and your kids?!?! My husband and I are both tidy people so this is a real struggle for us. 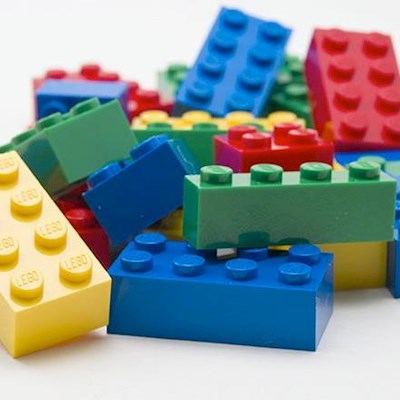 AlltheLegos
To view profiles and participate in discussions please or .
9 Replies
•

I find that my daughter, also 9, is happy to clean up if she has a giant bin in which she can just shove everything. I have bins for each type of toy and designated areas for everything but she never puts them there unless I'm there forcing it. When she's tasked with cleaning I will go in and find that absolutely everything is shoved in the giant bin designated for balls and pushed out of view. Used to bother me but at this point I'm just happy she's doing her best. So perhaps just one giant bin is what you need?

I found that that age unless you're in there supervising or assisting it isn't gonna happen. Even my teenage grandson, who's mental age is way before teens, has trouble keeping his clothes off the floor and his trash in the trash can . It's a 24/7 job.

My 10 YO daughter and I struggle with this as well. I have found though that as important as it is for me to have things tidy (I get comfort when things are in order), it’s equally important to her to have her things scattered around. It’s almost comforting to her to be able to see her things all around her. She is ALWAYS rearranging her room…it’s like therapy for her. What I have done is get a bunch of shelving and book cases. They are on every wall of her room. She puts her things on the shelves (so I’m happy because they aren’t all over the floor), but she is also happy because she can see all her things…and she can arrange the whole set up in different ways. Sometimes I go up there and she has completely changed where the shelves are and what toys are on which shelf. Within reason, I let her room be the one place where she can have some freedom (while also giving her some boundaries). Over time I have just really come to appreciate and acknowledge how different her ADHD brain is from mine. I had a moment of enlightenment when a teenage girl I know who has ADHD came over to my house and opened a cabinet where I had things organized and she said, “OMG I don’t know how you live like this.” Of course I can’t imagine living any other way…but it was a neat glimpse into a drastically different way of seeing the world…one that my daughter and probably your son really relate to but don’t yet have the words to explain. Good luck.

I hear you! My husband and I are exactly the same but we have come to realize our 17 yr son isn’t! We allow him to manage his room as he wants but on the weekends he must clean it up and change his sheets. It’s a constant struggle but if you set a routine and expectation it works. Also set consequences if he doesn’t tidy up his room such as screen time. Ours is phone and car time!

Big baskets help to throw things in. My son has a hamper in his bathroom but he would constantly throw his clothes on the floor. I threw away the plastic hamper and bought a big oversized basket that has no top and put it in the spot the clothes usually were on the floor in his bedroom. It has worked! He now throws the clothes in the basket!

At 9, my son still loved reward charts. I would make them on 24x 36 in paper or cardboard. Make a certain number of days (30/ 45 etc) and at the end is a picture of the reward (a drone, R/c vehicle/ videogame, whatever) The task is cleaning the room. Each time it is done, a sticker goes in the box and the chart fills in until the reward is achieved. I find that repetition is needed to "burn in" a habit and the charts are a fun way to teach the skill. Hopefully, the habit/skill continues after the reward chart. For us, it (almost) always did. Good luck.

We find it helps if you break things down step by step. (We have his teachers do this for him in his 504 plan as well). You can’t just say, “Clean your room.” We break it down by saying pick up all of your dirty laundry and take it to the laundry room. Once that his done then he comes back to us and it’s like ok, now let’s put the legos away. If you give too many tasks at once it’s hard for him to figure out where to start and then he loses motivation. We also had to become minimalists in his room (which is easier as they get older and don’t play with as many toys). I do agree with some other responses that mentioned there is a method to their chaos and my son knows where everything is despite the mess. He will have Lego pieces across his entire desk, but he knows what pieces are there that he needs for what he is building. Our son really struggles with executive functioning skills and disorganization so it is a constant battle whether it is his room, backpack or even his school locker. I also had to come to terms myself that the toys wouldn’t be in the labeled organized bins and just to be satisfied if/when things are picked up. Hope this helps!!!

Same here. I like things neat but my kids (both have ADHD) don't. We now have a Saturday morning - everybody cleans routine but in between their rooms are still a mess. As long as they can find their stuff and that they keep their mess in their room, I am okay with it.

I also bought bins for my kids. The bins helped out alot. My son always wanted to stay up late and once a week, I would permit him to stay up as long as he cleaned his room and did his laundry.

I feel your pain! My 20yo adhd son has been messy his whole life and honestly nothing has worked. You can put in place all the “systems” that exist (I’ve tried) but unless they take to them (which mine hasn’t) there isn’t a whole lot you can do except have clean up times together.

When I sent him off to college I gave him hangers for everything thinking maybe that would encourage him to not toss clothes on the floor. Nope. His whole childhood I tried exposed bins, baskets, shelves, etc. and nothing worked. His room only got better when we worked together in a clean-up session.

As I write this, he is home for the summer, busy with a job. His room looks like a bomb went off. Takeout boxes everywhere, dishes/glasses/silverware from the kitchen, clothes strewn everywhere, wet towel on the floor - not many places to step. Every few days I go in and pile things in logical piles of clean clothes / dirty clothes / trash / mail and then ask him to take care of the piles. Some days this works and some days it doesn’t. If he doesn’t clean up I will pile everything onto his bed so I can vacuum. It’s not fun for him at night to climb into bed with clothes and trash all over it. He generally just moves it all back to the floor. When summer is over, he will be gone and so will his mess.

My only recommendation is to not have much stuff in the bedroom. Less stuff = less clutter.

lack of concentration. He was constantly playing with his hands like they were the toys. And 2...

easily transport back to his room). We've tried giving him a snack at bedtime, making food and...

diagnosed with ADHD. Other than playing computer games it is difficult to find things for him to...

Am I the only one? I've become the type of parent that I said I've never become! Argh!

helps. Well, about that parent thing. I catch myself doing his school work! I know that doesn't...

Do I keep my daughter in Taekwondo when she seems to go even more downhill each class?

four year old that has been diagnosed with ADHD. I am trying to find a sport that would be good for...