My 7-year-old son recently started medications. He was on Adhansia but after a couple weeks his insomnia got bad. He was up till 4:30 a.m. one night. Coming in at every 10 minutes. But other nights I had been midnight or 1:00 a.m. .

His pediatrician, who works with a number of kids with ADHD, switch him to Adderall XD. But last night, starting on the meds, he was up till probably 3:00 a.m. or later. I'm actually not sure cuz I had to try and sleep myself. I just let him play with his Legos so that I could get some sleep.

All the stimulants warm that insomnia can be an issue. But I'm wondering, is this much normal? Will his body get used to it? How long should we give it? I'm in my 40s and have ADHD and migraines which are made worse when I lose sleep. So having a child coming to my room all hours of the night is a big deal.

Melatonin doesn't seem to do much. 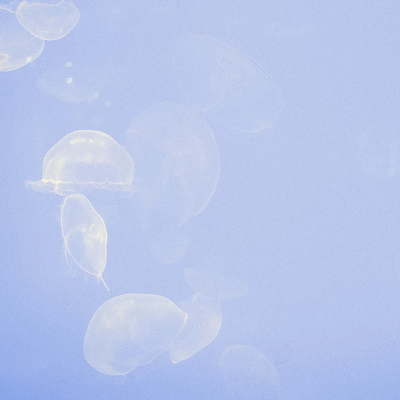 99cents
To view profiles and participate in discussions please or .
Read more about...
6 Replies
•

I do not have experience with the meds you've listed, but my 5 year old son experienced insomnia on Guanfacine, so he had to stop taking it. The effect did not wear off over time.

We use Clonidine before bed to help with sleep. It has been a godsend. It did not counteract the Guanfacine, though.

Simulant wise, we have not experienced insomnia with Concerta as long as we give it by 7:30am every morning. If we try to "boost" our son in the late afternoon around 3pm with short acting Ritalin, the insomnia kicks in again.

Best of luck finding the combination that will work for your child!

Hi, our son (9yo, 4th grade) went through terrible insomnia. It’s so hard on everyone! I can relate - eventually you have to get some sleep yourself… I would probably ask for a medication change sooner vs later.

My son was taking Adderall XR (generic). I can’t remember the dose. We ended up switching to immediate release Adderall (10mg). Since then he has insomnia only rarely. I was worried that he would show “rebound” challenging behaviors in the afternoons at school, when the medicine would be wearing off - but his teacher said she hasn’t noticed any issues. We try to give it at 7am, so it is working well by the time we need to get out the door. Other things we do:

-Melatonin 5mg (2 gummies) 1 hour before desired bedtime. I found a study of melatonin in ADHD kids using this dose - I can find the link if helpful

-Found an after-school babysitter who likes to exercise with my sons. Lots of fresh air, long bike rides, playgrounds, etc. They also do “Just Dance” on Nintendo switch. So grateful to her!

There is a different version of Ritalin (methylphenidate) that is designed to be given at bedtime, and is supposed to only start releasing medicine in the very early morning hours. We didn’t try it but would definitely consider it if we had more issues. I’ll see if I can find the name of it.

Good luck to you - it’s so hard when the medicine that is supposed to be helping is causing other problems. Take good care and hope you and your son can get some rest!

P.S. The stimulant drug you give at bedtime is called Jornay PM.

Our son was up late for the first 2 weeks after he started Adderall XR and then went back to his regular sleep pattern.

Grandson has been on concerta and morning/evening guanfacine for 2 years…4th med we’ve tried. All of them had initial period of sleep issues, I recall. This combo works well for him. We also give 5mg melatonin and two kids chewable magnesium after dinner…and we have a weighted blanket he loves! Best of luck finding what works for your child.

I would definitely call the Dr on that. They should have a good perspective. Good luck!!

how to deal with ADHD with a 7yo boy?

when he falls asleep at night and i think to myself how could i say that to him i didnt mean it but...

diagnosed with ADHD in March and after a lot of taught and sole searching I started him on meds, it...

and he has just started taking a stimulant two weeks for his ADHD. It's very new to him and he's...

done genetic testing to see which ADHD med is best for your ADHD child?

would affect him. Towards the end of the first month things started to get bad with him distracting...