Propranolol. Is it Okay to stop taking it - Thyroid UK

Hello again. I am sure you know my situation by now. Im on day 12 of reduced dose of Levo at 100mcg. Not noticed much changes as of yet but last year It took around a month to feel any improvement. What you probably don't know is that I take 10mg of propranolol daily at around 4pm. So nowhere near when I take Levo. I was put on this drug in 2017 when I wasn't diagnosed with Hypo but was suffering really bad anxiety due to it. So this august I would have been on it five years. I am thinking of coming off this tablet as now know majority of issues are caused by Thyroid being underactive. I also heard it can affect an underactive thyroid so I want to come off it. I remember a couple of years back I asked about coming off. The DR asked how much I was on and I said 10mg daily. She said you can just stop then. Is this the case can you stop the tablet if on such a small dose. 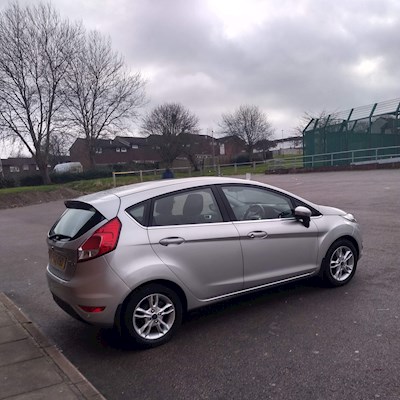 Jelley93
To view profiles and participate in discussions please or .
Read more about...
12 Replies
•

The DR asked how much I was on and I said 10mg daily. She said you can just stop then. Is this the case can you stop the tablet if on such a small dose.

None of us here are medically qualified and it wouldn't be right for us to reassure you that it's fine to stop taking it. It really is a question for your own doctor.

Jelley93 in reply to SeasideSusie

Okay, thanks for your reply anyway

When I was put on beta blockers (BBs) for tachycardia (fast heart rate) I was told I must never stop taking it because my heart rhythm would be badly affected.

But within about four days of taking it I was so weak that I couldn't even reach my nearest bus stop which is up a slight hill. I discovered that my blood pressure was about 93/47 - much lower than normal for me - and my heart rate was in the low 50s. My body just couldn't cope. So I started cutting my BBs in half, and only took half a tablet when my heart rate got too fast. This shocked any doctor I mentioned it too at the beginning, although it seems to have become more common to dose like that in the last few years. I've taken BBs for 9 years now and my intake has varied throughout that time. I'm currently taking whole tablets, rather than half, but I still only take them when necessary. Sometimes weeks go by without me taking one.

As SeasideSusie mentioned, none of us can be assumed to be medically qualified, and I'm certainly not, so please do your own research if anything I say interests you.

I have found that four things speed up my heart rate.

1) Being under or over medicated or wrongly medicated for hypothyroidism, particularly if T3 is too low or too high.

2) Being low in iron and ferritin - improving my levels myself reduced my tachycardia quite a lot.

3) Eating a lot of sugar or carbs in any form.

4) Taking Amitriptyline (Ami) for pain - I blame this for being the initial trigger for my tachycardia, along with very low iron and ferritin. It is a known side effect according to the Patient Information Leaflet. I've also tried Nortriptyline (same class of drugs taken for the same reason as Amitriptyline), but it had the same effects on heart rate. I stopped taking these (Ami, and then later Nor) very quickly.

Having a fast heart rate does make me more anxious, but I don't tend to take BBs for anxiety - I'm very rarely anxious nowadays. I take BBs for tachycardia, usually if my heart rate is fast before bed because it makes getting to sleep very difficult.

Since you've been on BBs for five years I would suggest weaning yourself off them quite slowly by cutting tablets into quarters and reducing your dose when you feel well enough to cope with a further reduction. I doubt that a fixed timetable would be helpful.

You might find this link of interest : It's from the British National Formulary and tells you everything propranolol is used for at what doses.

It would also be worth reading the PIL that comes with your tablets, just in case it says anything about withdrawal.

Some links on beta blocker withdrawal:

Jelley93 in reply to humanbean

Hello humanbean thank you for the links and your story regarding this. One of the reasons I didn't stop taking them. Was the fact I was just left on them no reviews or anything. I also seen that one of the unintended side affects if you stop could be a heart attack or even death. Hence I just take it. However reading through posts on here. I read it reduces T4 to T3 conversion. I want to be sure that the T4 is converting properly really. I have got a monitor my health test. I will do that next week to see how T3 is doing.

humanbean in reply to Jelley93

I also seen that one of the unintended side affects if you stop could be a heart attack or even death.

Can I edit that to what I think it should have said?

I also seen that one of the unintended side affects if you stop too quickly could be a heart attack or even death.

In your shoes I would suggest cutting a tablet into quarters and on a single day take three quarters. See what happens. If there are no scary results then try taking three quarters on a second day, so, perhaps the following week you could take the smaller dose on Monday and Thursday, for example. Then over the weeks just increase the days you take the smaller dose until you are taking it every day of the week. Then start reducing to half a tablet one day of the week and continue like that.

Given that you are on the lowest dose suggested and that your doctor has said just to stop it all at once I suspect the dangers of cutting down slowly are slight.

But bear in mind I'm not a doctor!

I was on 4 x 10mcg propranolol for almost 20 years

More on my profile

I found I could drop propranolol by 5mg per day …..hold at that dose 4-6 weeks. Then drop another 5mg …etc

Next week dropped 2 days a week (not consecutive)

As you are only dropping 10mg ….perhaps go slowly and initially drop by 2.5mg

Jelley93 in reply to SlowDragon

Hi slow Dragon Yes I have a pill cutter. I am going to probably do it the way you have suggested. I want to basically be just on Levo and Vitamin supplements thats it. As you probably know. I was only put on the propranolol due to the anxiety I was suffering due to undiagnosed Hypothyroidism back in 2017.

In my own experience of propranolol, I was told to stop higher dose abruptly (by hospital specialist) and It made me quite ill. GP put me back on them.

10mg is a really low dose so you would likely be fine. I know I’ve been quite sensitive to small changes in past so I think I would half it first and see how I went for a week or two first.

Jelley93 in reply to PurpleNails

Hello Im not sure about prolonged release. I know on my box it says take one or two. Twice a day so 40mg total. But I have ever only taken 10 per day

PurpleNails in reply to Jelley93

Likely standard then. Prolonged release tend to be for larger doses to enable one dose per day.

Think I’d agree with slow dragons suggestion. I was originally on 3 x 40mg and reduced by 10mg or quarter of a tablet at a time. Look ages to get down to 2 x 10mg. If I’m late taking a dose I usually have to take extra to cover it & get symptoms of migraines back under control.

I was on 10mg of propranolol for almost 2 years I tried to come off it many times and failed as my anxiety and heart rate got worse after stopping. I am off it now without a rebound reaction because I cut it in half for about 2 weeks and now my heart rate is back to normal.

Hi Jelly. In 2020, just as Covid hit when I wasn't yet on levothyroxine , I was given propranalol and it didn't go well. I started feeling very cold in my legs and feet, spaced out and low heart rate. Dr told me to stop (no phasing out suggested). I felt increasingly unwell. I knew I had thyroid antibodies but my thyroid results had been borderline so far. There followed a horrifuc year of mental and physical decline until eventually the thyroid was checked this time last year. In just over a year my TSH had gone from borderline high to 161 and T4 from borderline low to undetectable. I suspect, but can't prove that propranalol contributed to this rapid decline. Now that you're on levo it might be an idea to try coming off the propranalol as maybe it doesn't suit some thyroid patients, but if you've been on them for a while discuss this with a trusted GP. I wasn't warned about the dangers of suddenly stopping and I felt very unwell, but the thyroid was also starting to go downhill rapidly so I can't say for sure that the two were related but I would never take BBs again. I still have anxiety but I think it can be affected by the dose of levo that I'm on. ( The Dr is still tinkering with that).

Has anyone any experience taking Propranolol with thyroid meds?

some years after RAI sent me hypo,not knowing. When \\"they\\" realised, they asked me to tryto...

Levothyroxine 100mcgs for 25 years, when I had my last yearly blood test the Doctor said it was...

Is it dangerous to just stop taking Levo?

just stop taking Levo? When I saw the GP on Tuesday he asked if I was having palpitations which I...

are these supplements okay to take with Thyroxine?

Is it dangerous to suddenly stop taking 50mcg of levothyroxin after taking it for 9 years?

symptoms. She then just stopped taking levo on GP's request. She has been off the levo now for 6...