Had telephone call with my endocrinologist this morning and no increase for me as my tsh is below range. He has to go the conventional route, blah blah. Very disappointed.

What shocked me was ‘what is the problem with you doing it yourself?’ His exact words. I replied that I didn’t have a problem but it was a question of sourcing legitimate t3. His answer was ‘oh yes you will need to be careful’ Ok Einstein.

I asked even for 5mcg or altering the t4/t3 but was met with flippancy that I cut the conversation short. Shooting myself in the foot as I forgot to ask for a repeat 🙄.

Upshot is I can keep what I’m on but that’s my lot. Do I feel better? At least he asked. Not when my t3 is only 10% higher in the range at 40% and my t4 is minus something, not really.

Anyway for those who are interested that’s what I got. Zilch. I am obviously disappointed but let’s face it, it was only to be expected. At least I keep the 20mcg I did have. 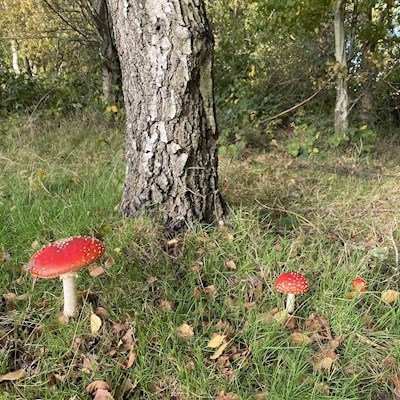 Yeswithasmile
To view profiles and participate in discussions please or .
Read more about...
11 Replies
•

So disappointing, what are your blood results. Can you do it yourself via the T4 route. Ie increase T4 and see if that helps?

Yes jsy_girl. I will self medicate. Hopefully I can get what I need and it won’t be a problem 😊.

The results he had which were done 8.20am fasting, no vits etc were

Same ranges. I immediately left the phlebotomist and got in the car and did MMH ones. He said I could have used the same sample and the same lab and they will never be the same. 🤷‍♀️

Thanks for the reply.

I can't decide whether to be encouraged that at least some of them seem to be suggesting DIY as the only pragmatic solution.. or whether to be appalled at the spineless attitude of an entire profession who wont stand up to their peers and say "the Emperor has no clothes".

I mean either it's so dangerous 'we're all gonna die', in which case they should at least suggest safe sources/ brand name ,and insist on monitoring results... or... it's not and we can just pop off and buy some and suck it and see.

You'd get better service if you were looking for organic cannabis.. which is illegal, for some equally spineless idiotic reason.

Oh you are funny!! I loved all of that 😂

I’m with you though… half of me wanted to be outraged at his attitude and tell him as far as I was concerned my health was more important that the ‘moaning’ he would get for upping my dose. If he had been in front of me I would have pretended to rub my eyes whilst saying boo hoo at the remark. But the other part of me thought at least he’s open to an increase so maybe he is a bit more forward thinking??

And you’re right. Your dads saying is spot on. 20mcg is so much better! 😂😂

Thanks Tattybogle. Always love your replies. You are a tonic!!

The endo told me to self source and self sort the required dose of ndt as he can’t prescribe it and accepts some people do feel better on it. He cannot prescribe T3 ever as it’s too expensive. And yet I live in the CCG with the second highest number of NHS T3 scripts in England. The endo has written to mybGP telling him it’s ok to have me self medicating.

I had no words!

jsy_girl in reply to Miffie

Yeswithasmile in reply to Miffie

I have no words either!!

pennyannie in reply to Miffie

This is precisely why Cornwall isn't issueing any new T3 prescriptions and suggesting people on T3 should switch, or try reducing their long established T3 / T4 medications.

We are being singled out and criticism is levelled on those CCG's who are seen to be ignoring central policy, and writing too many T3 prescriptions.

I tend to think if we were muddling along in the middle, and much lower down in the league table with no T3 spotlight on our every move the situation may not be as restrictive as I found in 2016 / 2018.

But the Head of Endocrinology did me a favour as he openly suggested I go on the net and DI for Myself and that I could pay him again if I wanted him to monitor me.

Paying once was enough, as when the penny dropped and I saw what a racket it all was I lost respect for the whole lot of them.

Here in USA I have seen two endocrinologist not happy with neither will keep looking,. But I think they just ask for TSH, Free t4 and medicaid people that is what I got for many years

Actually beginning to wonder why we bother with these endocrinologist now. Have seen some online pharmacy sites that people have recommended and other forums so sourcing doesn’t seem to be such an issue so 🤷‍♀️ All the stress of finding a physician to prescribe is just not worth it to me. Obviously cost is an issue but I’d happily give up my cup of coffee in the cafe everyday to buy it which I may well do!!

First Endo appointment was not what I expected!!!

sometimes this can't be avoided so I didn't have a problem with this) BUT I was told the clinic...

What should I expect at my first appointment? I've...

Will I ever get treated, if my TSH is deemed 'normal'? What to expect from first endo appoint...?

results from Genova that showed I have a low ft3, in range ft4 and also adrenal fatigue. (Just sent...

Endocrinology appointment - what to expect?

say I'm a bit disappointed. I'm not here to complain about the appointment, but to ask if I was...

It was a good appointment as she listenened to what I said and fully accepted that T3 was very...

How to take Liothyronine advice

On T3 should you have blood tests for t3