I've just got back my MMH test results after 8 weeks on my increased dose.

Previously, these were my results, which were on 75mcg Levo (Mercury Pharma) and 10mcg Lio (Morningside)

Following this my endo increased my levo dose to 100mcg daily and kept my T3 at 10mcg. I requested to change my Levo prescription to Teva as I am mildly lactose intolerant.

It would seem that I am absorbing Teva levo rather better than Mercury Pharma, as that's a big jump for just a 25mcg increase! Obviously I can't really compare the T3 results, unfortunately.

Sypmtom wise I felt pretty bad on the 75/10, no better than on Levo alone, to be honest. After increasing to 100/10 I did have a noticeable improvement - I had a lot more energy, was less achey and stiff, and was able to do more - simple things such as walk to the shop and back without needing to lie down for several hours to recover!

However, I would not say I felt 'optimal' (whatever that is!) and in the last week or so I have been feeling worse again - very tired, needing to go to bed in the afternoon, insanely cold feet etc.

When last tested my nutrient levels were good and I have been continuing to supplement.

I do have the DIO2 gene polymorphism.

The Monitor My Health results say I'm showing 'subclinical hyperthyroidism' because of the low TSH - I know this is nonsense, of course. I have an NHS test booked for next week though, so I'm preparing myself my GP will freak out about this.

Could anyone suggest what I could do next in terms of a dose change? I need to make an appointment with my endo but I'd like to have some ideas ☺️ 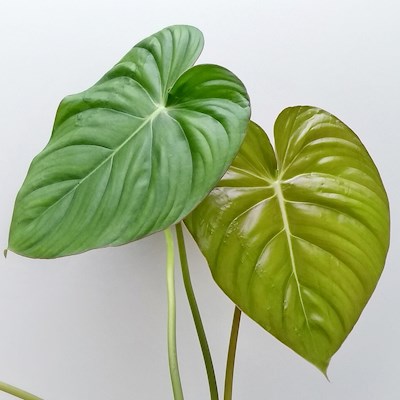 Smorzando
To view profiles and participate in discussions please or .
Read more about...
14 Replies
•

I think those numbers look good!

I suppose if they were mine and I’d gone from feeling better initially to worse during the latest dose change, I would be wondering about splitting pills so as to try around 88.5 mcg of levo... Just wonder if it’s gone beyond your personal optimal? May also raise TSH a fraction to keep the doctor smiling? It’s so hard to say, isn’t it?

Still, I do like seeing other people’s numbers and comments on them!

Smorzando in reply to Lotika

I like seeing other people's numbers too! ☺️I agree, the numbers look good - in fact that's what I've been a little worried about - along the lines of 'is this as good as it gets?'. But I still think there is tweaking to be done - just not terribly sure in what way, and the lactose issue may be complicating things somewhat...

Lotika in reply to Smorzando

Agreed that the lactose thing is worth trying with the T3! Pill cutter and rock! I suppose that means that you are technically changing two things at once, mind!

Don’t worry that the results look good to me - red herring! Def not as good as it gets either. I think it takes an awful lot of tinkering but that it will get better! Just that there are lots of variables. What does your gut say to try next? I think gut is quite useful as some kind of 6 the sense!

Smorzando in reply to Lotika

Thanks! I agree that listening to the gut is useful. Currently, my gut is telling me that I am extremely bloated 🤪It's annoying that I can't just get on with it myself. My GP surgery has insisted on a blood test there, so that's booked for next week and obviously we'll need to see what that says - and no doubt they'll have their own opinion, given the likely under-range TSH. And then I really need to get another appointment with the (private) endo for her opinion, given that she's basically in charge of the prescriptions. But worth it in the long run, I hope. It is good I have felt a fair bit better since the last dose increase, so hopefully I'm on the right track ☺️

Endo did say at my first appointment that I would likely need several 'tweaks' over the first year, I guess she was right!

Lotika in reply to Smorzando

Ha ha - maybe gut is complaining about T3 brand! Agreed, I also sometimes think it would be easier without the medics and sometimes I’m not so sure. Such a minefield and “trial”!!

If those were my numbers, I'd be wanting to increase the T3.

Thanks Greygoose, I appreciate your thoughts. I'm wondering, though, if switching to a lactose free T3 tablet might make a difference, given how much my T4 increased when taking only 25mcg more. It's frustratingly slow to make all these tiny changes! - let alone having to get the approval of a doctor, prescriptions written and fulfilled... etc etc.. (Yes, I know one needs to learn a bit of patience when it comes to thyroid management... 😬)

Is there such a thing as lactose-free T3? I really don't know. But, certainly worth a try if you can get it.

Well, Teva make a T3 20mcg tablet as far as I know and I seem to remember reading that it was lactose-free.... I'd better try and find out! Do you think a reduction in levo is a good idea? given that I'm pretty high in range? Or is it very much 'one thing at a time'.... 🤔

Hmmm... I'm rather suspicious of that FT4 result, anyway. How long a gap did you leave between your last dose of levo and the blood draw?

Bang on 24 hours!The T3 I split the dose the day previously - 5mcg at 8am together with my levo, 5mcg at 8pm and test done at 8am the next day.

OK, well, if your FT3 increases, your FT4 could decrease, anyway. And, you only want to make one change at a time. So, I would leave the levo dose where it is and start taking the lactose-free T3, and see what happens on your next test, and adjust from there.

Thank you. I'll put that to my endo and see what she says.

Updated results - not sure what to do next?

My results before starting Levo were;

First blood test results now I am on a combo of T3/T4. What do these results suggest. Thank you

Free T3 and T4 at the bottom of the ranges. What to do next?

received my test results. Bloods were taken 8:30AM, fasting, no levo 24 hrs prior. My TPO increased...

T4/T3 combo fine tuning - what would you do next?

Not sure what to do next