Hello there wonder if anyone can advise. I am almost 44 went to doc feeling tired and tearful/mood swings and period suddenly stopped so thought I was perimenopausal. Got bloods done and doctor called me to say I was severely hypo go on straight away for meds, this was last Friday. started on 50mg levothyroxine that day and have been steadily feeling worse since. I actually feel drunk, slurred speech, pain in right kidney/flank area, exhausted just not right. Went back to doctor today and saw someone else, my T4 is 3.1 and my TSH is >150...they have said keep taking the pills and come back in 8 weeks to have bloods taken again. Just wondered if this was common protocol and would I expect to feel worse initially, is this likely to improve? Thanks in advance 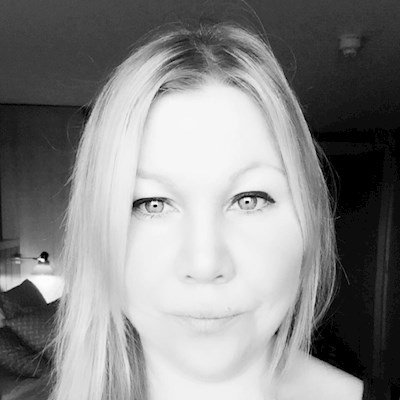 Cloudcupcake
To view profiles and participate in discussions please or .
Read more about...
24 Replies
•

You are very, very hypothyroid and that's why you feel awful. Blood tests have to be taken every six weeks - make the earliest appointment now so that you do get the earliest. You must fast and if you take levothyroxine when you get up with one full glass of water, miss this dose before the test and take afterwards. There should be a gap of 24 hours between dose of levo and the test and take it afterwards.

Usually we start on 50mcg and have a blood test every six weeks with 25mcg increments.

However, I've just researched and as you are very hypo this is the advice given:-

-Initial dose: 12.5 to 50 mcg orally once a day; dosage can be increased in 12.5 to 25 mcg/day increments every 2 to 4 weeks (accompanied by clinical and laboratory assessment, until the TSH level is normalized)

i.e. normalised TSH is around 1 or lower (not within the range).

Thank you very much for taking the time to check that for me, I can hardly string a sentence together at the minute. I felt I was annoying the doctor today, I'll call again next week and ask about being checked a bit earlier for an increase I can't see 8 weeks like this being great.

If your symptoms have got worse since starting Levo, another thing to consider is the brand of Levo that you have been given. Is it Teva? If so that brand has caused many, many members severe ill effects. If you think this fits with you, ask for a different brand.

Thanks for your response I think it's just a generic brand I have, seems to just have levothyroxine on the packet?

Are you not in the UK then?

Hi yes I am in UK the packet says Almus 50 micro grams? Does that mean anything? Is Almus the brand? Sorry I'm new to all this

Almus is the brand. It is Actavis rebranded for Boots which I assume is where you got it from.

Yes I got it from a little boots local - is it an ok one??

It's OK if you get on well with it.

I get on fine with Actavis - as I said Almus is the same, just rebranded Actavis, as is Northstar for Lloyds Chemist (I think, one of the chains anyway).

Ok thank you. I'm wondering if I'm just noticing how shitty I'm actually feeling now I know something is up, had a stressful year so been going on grit and adrenaline for a while now, really hoping I perk up soon. Thanks for the advice, super site x

Who is the manufacturer on the packet?

Failing that, are there any markings on the tablets themselves? Look at both sides!

With such a high TSH, they should be increasing dose quicker as outlined by shaws

NICE guidelines on How to introduce and increase dose

Have you had vitamin D, folate, B12 and ferritin tested?

If not ask that they are tested next week

Perhaps ask for referral to endocrinologist too

Just wondering......have you recently given up smoking? This can cause very high TSH

Hi Dragon - gave up in April, but have been using ecig - I'll call and ask about the vits, given up meat about 3 months ago as well although have been eating fish lots and have recently had some meat since appetite returned, was non existent to be fair until I started tablets so I guess that's something! I was also vomiting badly last month around period time actually thought I was pregnant that's what it felt like horrid hormonal sickness, then this month a bit of nausea around that time not as bad but no period hence going to docs! Exhausted today and woozy but don't feel as drunk or slurred speech as yesterday, hoping for improvement!! Thanks again for responding x

You should inform GP of giving up cigarettes.

E-cigs don't have as many poisons in. So in effect you probably are a recent ex-smoker

It may well account for sudden very high TSH

Interesting. Seems smoking bad for thyroid regardless from how I read it and has been shown to increase T3? I'm guessing with a T4 of 3.1 and TSH >150 I would need treatment regardless? I wasn't a heavy smoker and had actually stopped for 7 years prior to stupidly starting again for approx 1 year...would have thought if susceptible this might have occurred in the 7 year stop phase. I will mention it though! Ta x

Actually pondering your info I'm remembering that about 2 1/2 years ago I had a bad fall and hurt my back, stoped smoking then after another little bout of starting again which I had conveniently forgotten about then got flu, then started on a horrific journey with a terrible hip, limp, then almost spinal surgery for suspected cauda equina and a year battle with crippling sciatica, put on about 3 stone, depression not good times basically...then fast forward about a year, started becoming manic, pain subsided with sciatica, dropped 3 stone, super manic/anxious so much so was referred to psych - then moods and weight seemed to stabilise, and then this next phase has been the slowing down, brain fog, tiredness, mood swings, forgetfulness, cessation of periods hence doc trip and now the rotten thyroid - could it all be linked? Can you lurch from hyper to hypo like that undetected?

After all, we don't rush off to GP if we loose weight and feel full of energy!

Haha well i did because I was also a maniac driving my car at 120mph and feeling invincible! No bloods were taken though just referral to psych which I avoided...oh well shall see what this phase brings! Cheers

Maybe your 'crash' accounts for unknown damage to your thyroid gland? Just a guess

Not dissing people who have been injured clearly, just think these comp people will stop at nothing!!

ago and have been taking 25 mg Levothyroxine. I actually feel worse than I did before.

later the dizzy feeling returned, more like a swaying feeling, anyhow dr decided to do bloods but...

Newly diagnosed with hypo, possible cause of tingling legs?

and needles feelings I had a variety of bloodtests, MRIs and saw a neurologist. The blood tests...

Hi everyone, I'm newly diagnosed and feel a bit anxious about it all if I'm honest. I have been...

Can anyone help me interpret my results so I can articulate ...