Low temperature what does it mean in relation t... - Thyroid UK

I’ve been taking my temperature every morning afternoon and evening as one of the tools I’ve adopted on my journey to recovery. I read that temperature is a good indication that meds are optimal and that a lower than normal temperature indicates a person is still hypothyroid. Currently my temperature is between 33.5 and 34.5 even though I’ve been feeling better lately. I’m always cold to the touch but to be honest it’s not something that really bothers me too much. Over the last week my normally sluggish bowel appears to have kick started itself giving me an indication that my metabolism was returning to normal. I’ve also lost 3-4 lb in 10 days. I’m starting to panic that the weight loss might be an indication that I’m over medicated and will prompt my doctor to lower my dose if my bloods show a low TSH i.e below 1. Anyone have an insight on temperature and metabolism? 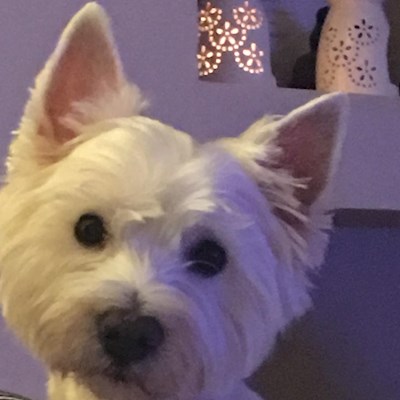 rosserk
To view profiles and participate in discussions please or .
Read more about...
8 Replies
•

I looked this up in Dr John Lowe's work on hypothyroidism, because I'd quite like a definitive answer to this question myself (my basal temp is also low).

He discusses the separate findings of Drs Barnes and Refetoff, though it would take too long to summarise it all here. In short: it's not a reliable index of metabolic change.

Do you feel under medicated? Or are you currently feeling well have a low TSH but still have a low temperature?

so it can be more than usually difficult to make sense of what's going on, and the standard tests are not a suitable guide to the mono-treatment with T3 required with PPRTH.

I find the relationship between dosage and temperature is far from straightforward. But certainly, when I was stuck on NHS standard treatment with levo, I could only raise my core temperature with a long, hot bath every single morning, and my extremities would remain so cold they caused me constant pain. Liothyronine at a high dose has raised my temperature from average 35.0 - 35.5 to around 36.0 - 36.2 (it's not consistent), but it won't rise any higher.

In my teens, when I was already becoming ill (undiagnosed), on one occasion I was required to measure my temperature as part of an O-level biology project. It was 36.8 then, and probably had already dropped with the early hypo. It often drops nowadays for no obvious reason, but alcohol intake, dieting, and other factors can cause a drop in basal temp.

I’ve been monitoring my temperature for the last 10 days. On Monday my temperature was 37, but has steadily lowered over the course of the week to between 34-36. I felt really well on Monday and it was the increase in bowel movements that prompted me to check my temperature. I have never ever had more than one bowel movement per week for as long as I can remember, sometimes 10 days could be normal for me. I assumed it was the same for everyone since it’s not something you openly discuss. I can recall telling friends I was strictly once a week and you could tell by the look on their faces that they thought I was lying 🤥 . I recall years ago asking my Doctor if that was normal because I was diagnosed with irritable bowel and he said if I’d always been that way then that was my norm, even though I was constantly bloated/ constipated!

I’m really interested to know if those who are feeling well and correctly medicated have a normal temperature. It stands to reason that once properly medicated ‘all’ symptoms should eventually disappear. My increased bowel movements demonstrate an increase in metabolism but my temperature doesn’t. Perhaps they will synchronise soon 🤒

I've seen very variable reports on the forum over the years. Some people can see a clear correlation between how they feel, an increase in TH dose and a rise in temperature. Others achieve good health without ever seeing their basal temps rise very much at all.

If you like, I can summarise the relevant passage and references in Dr Lowe's book and PM it to you, but it will take me a little while, so it might not be today.

Hillwoman sorry for the late response I’ve been in crisis mode all day! That’s really kind of you but I don’t want to put you to any trouble. I’m really grateful you e taken the time to respond and I will certainly keep you updated with how the temperature is going. Kindest regards 😜

Sorry to hear you're in crisis.

If you change your mind about the summary, just let me know. I want to make summaries of relevant sections of Dr Lowe's book available on request, because it is out of print now, and very difficult for members to buy.

Lol I’m always in crisis I jump from one to another. I would love to see the summary but please only do it if it’s not to much trouble and it will be of use to others. Again it’s really kind of you to take the time.

What is TPO for and what does it mean for your thyroid?

and half of nature throid and have been on it for over a year. Just trying to figure out why it...

Falling Thyroid Peroxidase and Thyroglobulin antibodies - what does that mean?

T4 what does it mean?

pressure keeps dropping through the floor, I’m cold to the touch but I am constantly saturated in a...

Suppressed TSH- what does it mean?

v low TSH is indicative of my taking my meds for hypo infrequently. Is this true? i’ve been taking...

Thyroid result what does it mean?