I've read the entirety of Dr Toft's interview with Pulse magazine, and have found what seem to be inconsistencies in his position (denoted by ***). Can anybody explain?

6 What is the correct dose of thyroxine and is there any rationale for adding in tri-iodothyronine?

The appropriate dose of levothyroxine is that which restores euthyroidism and serum TSH to the lower part of the reference range – 0.2-0.5mU/l.

In this case, free thyroxine is likely to be in the upper part of its reference range or even slightly elevated – 18-22pmol/l. Most patients will feel well in that circumstance.

But some need a higher dose of levothyroxine to suppress serum TSH and then the serum-free T4 concentration will be elevated at around 24-28pmol/l.

***This ‘exogenous subclinical hyperthyroidism’ is not dangerous as long as serum T3 is unequivocally normal – that is, serum total around T3 1.7nmol/l (reference range 1.0-2.2nmol/l).***

***While taking both hormones it is important serum TSH is normal and not suppressed. If the patient is still dissatisfied it should be made clear that the symptoms have nothing to do with thyroid disease or its treatment and perhaps issues at home and in the workplace should be addressed.***

There is no place for the use of animal thyroid extract in the treatment of hypothyroidism. Although preparations contain both thyroxine and tri-iodothyronine, the hormone content varies between batches.5

And how does one apply formatting to posts? The usual html markers don't seem to work... 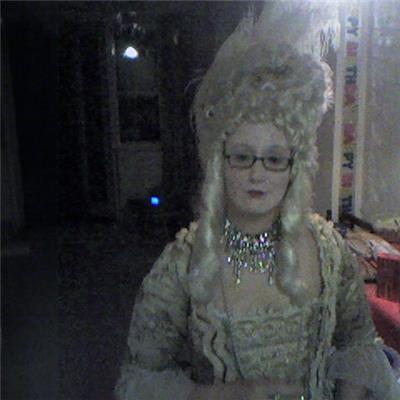 hose1975
To view profiles and participate in discussions please or .
Read more about...
19 Replies
•

***While taking both hormones it is important serum TSH is normal and not suppressed. If the patient is still dissatisfied it should be made clear that the symptoms have nothing to do with thyroid disease or its treatment and perhaps issues at home and in the workplace should be addressed.***

I completely disagree with this position and find it arrogant and condescending. I recently got some labwork back and all thyroid levels are within range, but TSH is flagged as low at .01. I felt a little hypo and have raised 1/4 grain, which should not put me over range either. It's only been a week but already feeling less cold and constipated.

This graphic explains why we can't use TSH when taking thyroid hormone: tiredthyroid.com/blog/2014/... This is something all endocrinologists should be familiar with, but obviously aren't!

My question was why it's fine to have a suppressed TSH when taking T4 alone, but absolutely beyond the pale when on T3/T4 combination therapy.

However, you have a point. The latter half of that paragraph is unbelievably condescending.

I'm guessing they believe TSH suppression is necessary in cases of cancer, so there's a purpose in suppressing TSH. However, they are obviously biased against NDT or T3, so apply different rules in that case. These are logical fallacies, otherwise known as a double standard: en.wikipedia.org/wiki/Doubl...

Clutter in reply to HIFL

HIFL, I think it's a glaring error that wasn't picked up before publication.

He is inconsistent (and wrong) when he says later that TSH should be in normal range, not suppressed, when on T4+T3.

Some html can be used. Take the hyphen - out of the examples below. The html won't show until you submit the post.

underline use [-u] at the start of the word/phrase and [-/i] at the end to close.

hose1975 in reply to Clutter

See, I would have liked to have shown this to my Endo but I fear that she'll just jump all over the inconsistencies.

I can't for the life of me even begin to understand his thinking on the issue of TSH suppression. I could quote selectively but I don't believe in distorting things just to fit my point (of view).

Thanks for the HTML help: I'd been trying to use standard formatting tags, e.g. <b> </b> but to no avail...

Clutter in reply to hose1975

Hose, nothing wrong with quoting selectively. Just omit that paragraph from your printout. Alternatively, point out the inconsistency. It was probably an error which should have been picked up before publication.

Jazzw in reply to Clutter

It does read like an error. But I'm sure I've read others say here that there's a belief of some doctors that if TSH is suppressed below the bottom of the reference range it prevents T4 converting to T3. Or did I dream that? I probably dreamt that. My brain's well foggy at the moment - over-tired after a barking 3 days at work. 😏

Clutter in reply to Jazzw

Heloise in reply to Clutter

Clutter, do you know why or how a suppressed TSH can reduce conversion?

Clutter in reply to Heloise

I know Dr Toft is often quoted but this just seems wrong - and I have queried it before now - speaking as someone with TSH suppressed, low T4 and low or mid range T3 and only feeling well when TSH is at 0.02.

He is making exactly the same mistake as has been made in the clinical trials which evaluate NDT (and concluded that it made no difference) where they only dispensed enough Armour to maintain the TSH within the "normal" range. The patients obviously felt no better than on T4 because they were not being dosed according to their symptoms because of this belief amongst doctors that TSH levels should not be suppressed.

And I have no other medical issues or any in the home or the workplace!

The goal of treatment in terms of biochemistry should be to replicate what the thyroid naturally does.

When you take thyroxine ALONE, you are not replacing natural thyroid function appropriately, because the thyroid also produces T3. So, since you are taking T4 only, you may need to take more T4 than your body would naturally produce in order to end up with the right T3 level due to conversion outside the thyroid. Since the T4 level is artificially high, the TSH is suppressed. That is OK because the T3 level is normal. In this scenario, TSH has somewhat become meaningless (as the pituitary gland reacts differently to the serum T4 and T3 levels which are now in an 'unnatural' ratio).

When you take both T4 AND T3, you are now replicating what the thyroid naturally does. You therefore want the blood results to be the same as a person who doesn't have any thyroid problems. So the T4, T3 and TSH should be in the normal ranges. If you are successfully replicating normal thyroid function, there would be no reason for TSH to be completely suppressed. In this scenario TSH becomes meaningful again, as it is in a healthy person.

Whether you agree with the basis for these assumptions or not...that is the logic on which his statements are based.

hose1975 in reply to HypoHim

Thanks for the explanation. It makes sense, even if the position doesn't. In my case my TSH is so suppressed that the lab puts a '-' in front of the value (which frankly confuses the hell out of me), my fT4 is between the second and third quartiles in the range and my fT3 is likewise. So mos' def not overmedicated. And I still feel sucky.

acc1 in reply to HypoHim

You could be right on his logic, but I still wouldn't agree with his position. Most people on a combination of T4 and T3 are taking it as one or two doses per day, leading to peaks and troughs that wouldn't occur from normal thyroid output. I'm not sure that TSH responds in the same way to this as it would to normal thyroid function. Maybe timed release hormones would go some way towards replicating normal function.

In my case, I have a below range TSH, with FT4 and FT3 towards the bottom of the range and some hypo symptoms remaining.

NO the NDT does NOT vary from batch to batch it is tested like any other drug. Some people do BETTER on suppressed TSH, lets face it TSH is NOT a thyroid hormone but a pituitary hormone which has little to do with whether thyroxine is working or not. Toft does not consider the patient, he does not consider T3 important at all, (must have shares in levo) but it is important to most people.

If anybody wants to read the article in its entirety (I think), it can be found here:

I was going to show this article to my Doc next week, but when I read it I felt that it may not be helpful. I don’t really understand the above explanations, I’m confused.

Where did you find the full article? The link on here doesn’t work unfortunately.

and T4 the serum TSH should be normal? In an earlier question he said slightly suppressed TSH on T4...

strong among those who see large numbers of patients. If the hormone were cheap there would be no...

energy into doing some serious reading on this and try and get some of it to stick so I can fight...

A Pulse article on Coeliac Disease.

Hello. As suggested by a member last night I tried to email dionne.fulcher@thyroidUK.org and the...

How to remove people