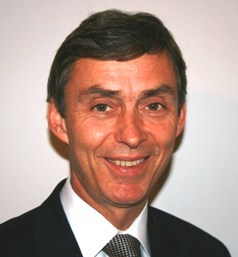 Very sadly, only a small fragment of this paper is available to we mortals. So we really don't know what it says.

Interestingly, a superficial reading suggests that the professor laments labs only doing TSH and not FT4 and FT3.

In a patient who is not taking levothyroxine treatment, a low TSH level should prompt measurement of free thyroxine (FT4) and free triiodothyronine (FT3). If these are normal, the TSH level should be measured after six weeks to rule out non-thyroidal illness.

Subclinical hyperthyroidism is common in elderly people, and treatment may be indicated before progression to overt thyrotoxicosis to minimise bone loss and risk of atrial fibrillation

helvella
Administrator
To view profiles and participate in discussions please or .
Read more about...
8 Replies
•

I thought he was the man who was quoted as saying something nasty about people with thyroid issues - and he won some amazing prize from Norway or somewhere ! Everyone was up in arms !

helvellaAdministrator in reply to Marz9 years ago

Did you type his name into the search box?

Marz in reply to helvella9 years ago

No I remembered the report in the Thyroid About.com Newsletter - and yes I have now done a Search and my suspicions were confirmed - and yes it was Norway. I was going to write to him but life is what happens when you are busy doing other things....Maybe the B12 is working after all

in reply to Marz9 years ago

B12 is starting to help my memory too - I have a very close Scandinavian friend (also a Psych nurse) she's quite lovely and I wouldn't dare to go against research et al, but what does the fox say?

arrogant, stuffy, typical boys club attitude in believing that doctors are gods- should be struck off

Hi Rod, What a load of rubbish! Lets hope it is buried and never sees the light of day, again. he is not even an endocrinologist!

I'm always up for a challenge. Here's the whole article aboutmy.me/in-the-news/ (first link on the page)

Interesting! I started with being hypo over 25 years ago and was put on extract as it was then. A long strike but me on Levo and until being put on HRT things were pretty stable. I was put on a Trent scheme to monitor my thyroid as so settled and the letter came yearly from the hospital signed by APW. My later husband was a research scientist whose first research topic was TRH so an expert on Endocrinology and the thyroid. He also lectured to medical students and yes he didn't fudge it. He told me to stay away from this chap so as it was apparent that he would be looking after me if I had a problem I asked my GP to refer me to Dr S. Before she did this I was that honest I told her of his brushes with the GMC and so the decision was left to me. I read up about him and he ticked all the boxes. Last year I was on beta blockers with a heart rate of 88 and beta blockers made no difference though my BP was now too low. She told me I was over medicated and wanted me to drop my dose-didn't feel good so went back up. So she reported Dr S to the GMC! He didn't even know my HR had increased slightly neither would she discuss it with Dr S. so I decided that if she wanted to look after me she could! The first time I asked her a thyroid related question she told me she had no idea about it, would I go and see an Endo! This was the Endo she selected for me! Well I did go. He was more interested that I used to work at the Medical School and had I seen the new entrance!!! Well by the time I saw him I'd paid to see a private GP who was horrified about the beta blockers and did the FT3 for me. I was suspecting that may be I had a conversation problem. I asked APW if I could have a FT3, told me no point, waste of time and impossible to regulate! He did look at PA and D3 and a few other things, never asked how I felt and suggested I lowered my dose.said done that, didn't do me any favours. Also tested TSH. On way to bloods copied down everything on request form. I got a FT3 reading so asked on next appointment why when he said he wouldn't do one-denied that but wouldn't tell me ranges for FT3 and then begrudgingly gave me only the upper level! No use at all. So not over medicated but again suggested I cut down and I also found out via practise manager and new GP, other retired, that I had a FT4 Result as well! So glad he discharged me! New GP is taking an interest and seems willing to learn. She says in something's her hands are tied but she also believes in patient choice. APW put me on D3- was either 25 or 27 so grateful for that. Now stepping up my vits and mins-my decision but with GP's approval and beginning to feel a lot better. The article that caused comments around the world was in Clinical Endocrinology 2006. The fallout from that was pity for anyone in the UK having a thyroid problem. Sorry gone on a bit but he's the chap who wants your TSH to be over 10 before he will commence treatment and the rest of the sheep follow! Other than that he seemed a nice chap-just don't agree with him!

pituitary is not releasing enough TSH, resulting in my Free T4 staying low/low normal of the......

and thyroid, TSH should be elevated if the thyroid gland is not producing adequate thyroid hormone,...

TSH does not respond quickly to changes in thyroid hormone levels

This paper demonstrates how TSH changes lag well behind changes in FT4/3 levels. The longer the...

likely to be associated with thyroid hormone levels than with thyrotropin levels: A systematic...