I’ve been suffering badly with IBS over a month now,I’m so bloated and feel awful🤔 I’m taking my mebeverine religiously,but the bloating won’t go down! Is there anything else I can take to help? 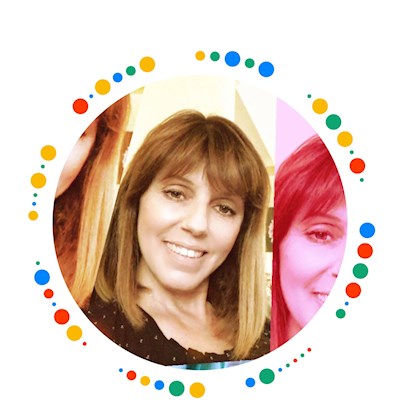 Deserie
To view profiles and participate in discussions please or .
Read more about...
19 Replies
•

Hi Deserie - what sort of IBS do you have? Is it with constipation as the main system or is it

a build up of air, with trapped wind or the trots? If you have been taking this for a month - this may not be working. Nobody is the same. May be you should ask your doctor for an alternative medication? If you want to look at your diet to see if there is a trigger in a group of foods such as wheat rye barley maize rice egg and dairy you could see what foods you eat every day and see if it makes a difference to the bloating. I was helped with food allergy and food intolerance tests which caused bloating, and hunger with a repeat appestat problem. These were independent tests but have improved since removing all intolerances.

Malt in barley squashes, malt vinegar crisps, mayonnaise coleslaw are some of the foods

which unknowingly upset your stomach and gut. You could ask your doctor for food intolerance tests for dairy egg gluten depending on your health provider. This might need referral to a GI specialist -.

i was on mebeverine or years .stopped it and was much better,

You are right - one man's meat is another man's poison. Luckily my problems are better thanks to accurate testing of food intolerances which after over fifty years had not been assessed. The new test in the UK which came into Alphega pharmacy chain in January was a breakthrough. I had tried merbeverine over six years ago before I discovered food intolerances. I tried buscopan which did not work and also merbentyl which dulled the nerve to the bowel, so urgent bowel syndrome emerged. I now use fibregel flavoured sachets when needed, and am aware that deficiency in vitamins and minerals and many other diseases have symptoms which are similar. The problem is when the specialists or doctors don't recognise your symptoms and they could be more serious with Krohns disease or Diverticulitis which sometimes is linked to haemmorhoids.

It is interesting to see other people's progress with treatment and with the side effect of exhaustion, and depression weak muscles that ensue after a bad bout of IBS.

I don't find mushrooms difficult to digest - I have a multigrain intolerance egg dairy and banana - barley syrup in corn syrup or in sweets, beer, and rice rye cornflour maize, if they are hidden in foods and not labelled you may not know of the allergen being present in foods and drinks. Every time I think I am getting to know some of the triggers for IBS symptoms another piece of research such as into environmental causes like fluoride PCBS , carbon emissions, carbon foods and drinks such as tannins in tea coffee and chocolate , open another chapter. Sibo and DAO enzyme deficiency can cause symptoms of IBS but they often go unrecognised as there are no tests available.

What you don't know is not there! At least the new smart test, is based on a small finger prick phial of blood fed into a special smart device, and interpreted by pharmacists will rule out most every day foods. Stress is a major cause of IBS so asking the right questions and asking for appropriate tests is difficult as we are not to reason why,

Also in the same position. On mebeverine with severe abdominal cramps especially during the night and constant bloating where even lying down is uncomfortable.

The pharmacist advised me peppermint oils, which has helped the cramps slightly, but bloating won’t go away.

Time to ask for food intolerance tests for dairy, gluten, and egg. These are the main tests available through a gastroenterologist. You might think you have found the cause when you have these main tests - but alas the testing range of foods is too small.

Alphega pharmacy do independent food and allergy tests you can locate the service of allergies from the FAQs page for your area. I had a gluten test on NHS - it came back as normal - but I had a wheat rye barley rice and maize and other foods to which I had intolerances, blowing up my gut, giving gas and distention. When I removed them I lost two and half stone and have been much better. Beer - fizzy drinks - are common triggers as well as grain -

Isabella Wentz has written articles on food intolerance.s including gluten I just cut out any possible allergens that came up, and am satisfied it is improved. Other tests such as DAO enzyme deficiency, Sibo, and related endocrine disorders all need specialist diagnosis unless you find tests independently or your area will help.

Sure you will find the answer and adapt to a change in diet or to a medication that might help.

I have suffered from ibs for many years, but recently tried Rowse Manuka 15+ honey

I’ve had it for so long I am unsure if I am back to normal now, as I’ve forgotten what normal is, but it’s certainly a huge improvement

I have 2-3 teaspoons of the honey daily, usually in tea

Downside is it’s quite expensive, but worth it for me

Hi, do you take the 2-3 teaspoons all at once or take 1 teaspoon at a time through out the day. Also what we're you symptoms D or C. Thanks. Maureen.

I take it morning, afternoon and evening

I had all the symptoms at different times, D, C, cramps, sharp pains etc

Have tried various things over the years, but this is by far the best to date

If you read up on Manuka Honey, it’s stated as one of the possible benefits

Thanks for that. I have thought about it before but it sounded too good to be true. Perhaps I'll ask Santa to bring me some for Christmas.

It’s also very tasty, which is a bonus 😀

What were your symptoms when you initially went to the doctor? Are you predominately constipated or having diarrhoea? Doctors regularly start with mebeverine, but it definitely isn’t working for you. Go back to the doctor and ask for something else. IBS is one if those conditions that is very unique to each person 😕. So you may have to go back and forth to the doc to get it right. It’s definitely worth keeping a food diary, before you cut anything out of your diet. That means you can maybe start to see a pattern in certain food causing symptoms.

Hi, I'm in States, not sure if you are U.K. or States..but I was prescribed either Bentyl or Levsin..which really helped..

I keep my IBS D cramps at bay by taking a Codeine Phosphate 15 mg tablet, particularly before going out. Recommended by a doctor (son in law) this certainly works for me. Nothing else did, i.e. Mebeverine, Buscopan, etc. -they were quite useless. As others have noted, we are all different and it's a case of trial and error to find something which helps.

I agree codeine is good for pain but it can make you constipated. There is interesting info concerning zinc and copper deficiencies which can give symptoms similar to IBS. Other vitamins such as B12 B6 vitamin C help the absorption of the zinc and copper. Plain chocolate has about 1mg of zinc and copper approx. per square. These minerals are in many foods especially meat and fish shell fish shrimps. Dairy can affect the absorption of the minerals so should be spaced away from eating dairy at different times of the day.

DAO enzyme deficiency is linked to copper and zinc deficiency so the histamines in foods which can cause intolerance cannot be broken foods down to digest from lack of this enzyme in the gut. It is awful that not many Gps seem how to cope with IBS or diagnose what sort you have.

I found mebeverine a waste of time. I eventually read up on the fodmap diet and found a couple of triggers but it can take a while to spot them. I also found digestive enzymes and pro biotics helpful. My symptoms range from C to D so it can take a bit of tweaking but theyre a bit more natural than some of the meds ive been given. As an example, I was given 3 types of meds for my recent nasty bout of C and they didn't really help. I found out that magnesium can help and bingo, worked a treat after a day or so. Shame doctors are so quick to medicate.

I have had awful daily bloating for three months and finally an IBS diagnosis. In the last three weeks, I have been drinking kefir goats milk and high strength magnesium tablets twice a day and my symptoms have really improved. It's not 100% gone but I no longer have to undo buttons on my trousers anymore. So feel for you as it is so uncomfortable with proper IBS bloating...

Audy in reply to Sabab172

Where do you buy Kefir Goats Milk i can get Kefir but its Cows milk.?

Sabab172 in reply to Audy

You can buy the goats milk kefir from Chuckling Goat (google it in case Im not allowed to put web links in here) You can also buy kefir grains online and grow it yourself with cows mil/almond mil/ soya milk etc. I think I'm right in thinking that when you add kefir grains to cows milk it turns it into lactose-free?

Cider Vinegar for IBS. I suffer chronic IBS,and it's just getting me down the constant spasms. I...

I have been suffering from IBS for the past couple of years now and I have been finding...

have been prescribed every medicine for it, with none of them really working! I suffer really badly...

and they are not recommended. Can anyone else suggest anything? I feel so on edge all the time that...

45 and have suffered with IBS-C with severe, constant bloating for more years than I can now...

How to stop your IBS Chanel 5 tonight at 7pm reminder.

Can gerd be painful in the chest and middle of shoulder blad...