How long before you would consider yo... - Prostate Cancer N...

Any concensus on how long you should keep taking an annual PSA test. Suppose it depends on individual case but in my case I am just over 6 years out from Pt3a RP 3+4 tertiary 5 Extracapsular extension and PNI at age 58. aRT within 4 months. All psa tests <0.1 since. Another due tomorrow. 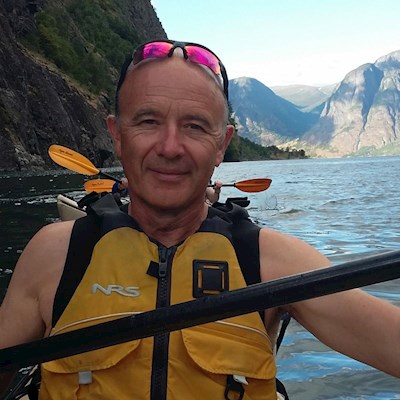 Jimbo59
To view profiles and participate in discussions please or .
Read more about...
31 Replies
•

Lulu700 in reply to addicted2cycling

Currumpaw in reply to Lulu700

The "cure" is to die of something --else!

Lulu700 in reply to Currumpaw

We don’t want to give pesky pc credit for naught.

I am considering donating my body to Brown Universities Anatomical Gift Program.

I have been at another ivy league when beginning med students had their first experience with human cadavers and the intricacies of that within.

--med students get an opportunity to work with a somewhat OK body.

--The damage from fluoroquinolones may be of interest.

--The procedure I elected to have --unless something else is done in the interim--will be of interest.

--Whatever is left of me --hmm--will be cremated and returned. No funeral home will make money from my estate by cremating my body!

your choice squares up with mine.

Lulu700 in reply to Currumpaw

I am also six years in undetectable. . No plan to stop PSA testing any time soon . There can be 2-3million pc cells at anytime non detectable on any scans. We pray it doesn’t raise its ugly head on us again . The high probability is that it will. Live for today! 😎🤞

Never? How about never?

Lulu700 in reply to cesanon

when I'm in my grave, assuming they put me in one

I'm of the opinion that there is no "cure" for cancer. Lifelong remission perhaps but no cure. I will be living for today but will have a little blood drawn every year until I'm 6 feet under.

Lulu700 in reply to CarverD

After six years the chance of an aggressive recurrence with PSADT less than 9 months is quite low. The chance of a more indolent recurrence is still significant but not much of a worry. I plan to keep testing until I am at least 15 years post RP.

Lulu700 in reply to Ribotom

Some cancers have come back decades later .... PSA to be sure until you die.

Don’t take the most unnecessary risk of your lifetime.

I may be in remission but do not consider myself cured. I will continue testing. Currently every six months. At some point the MO may want to go to annually.

My RO tells me that after 5 years and a PSA < 0.2 I have a 98% chance of remaining disease free beyond 15 years. I like those chances. After brachytherapy with Dr. J Crook.

Here is one set of calculators for predicting PCa recurrence as computed at Johns Hopkins:

The odds shown are cumulative. If it shows 5% odds of recurrence at seven years and 7% at ten years, that means an extra 2% of men who had no recurrence noted at five years have a recurrence by ten years.

It won't tell you whether you'll ever have a recurrence but it should give you some ballpark odds. You'll notice that the results from the past indicate that, even at 10 years, men are still experiencing significant numbers of recurrences after surgery, even for "low risk" disease.

The reason we should not stop PSA testing is that, if the cancer does recur, there are more treatment options and a better chance of controlling it if it is caught early than if you only detect it when you feel symptoms, which would normally mean that you have become metastatic. If you are getting ordinary blood tests once per year at an annual physical exam, I suggest that you have your annual PSA test at the same time. That way there's no extra travel to the doctor's office and no extra needle jab.

Mascouche in reply to AlanMeyer

AlanMeyerModerator in reply to Mascouche

What I should have said to be clear was that, of every 100 men in the sample population, an additional 2 out of those 100 would have recurrences in years 8, 9, or 10.

The 2% number may be of more interest to patients. If the number of recurrences went from 1 to 2 in those years, that's a 50% increase, but only one more guy, 1% of the men, showed recurrent cancer.

Simple, never. Peace of mind if for no other reason.

I’m not sure anybody really has an answer to that.

I was told once after five years of no uptick in your PSA that you were “cured”. I thought I was cured after I had my robotic Surgery in February 2006. However my cancer of the prostate came back twice after that with my finishing or medication and hormone therapy in July 2019. So at this point my cancer is stabilized there’s no evidence my PSA has been reading 0.014 for more than a year and I’m keeping my fingers crossed

My opinion is that one should continue getting the uPSA forever. I believe that once dx with PCa, you have the disease forever.

I'm 21 months post-RARP, and I'm getting a uPSA every three months. Thus far, I'm considered undetectable by SOC guidelines, but because I'm GS 9/10 Grade Grp. #5, pT3a NO EPE, but I expect BCR.

However, if I happen to make it to five years undetectable, which is doubtful, then I'll probably move to an annual uPSA when I get my annual wellness physical.

That's my opinion, but everyone has their own point of view.

As much as I'd like to be considered cured, I think it can be risky to consider yourself in anything other than remission. Recurrences often don't happen until at least 5+ years (which is why clinicians prefer to look at 5-year recurrence rates) and a number of men I know did not have recurrence until 7 years or more.

Thanks for all your replies. Just really confirmed my instinct that testing needs to be a long term plan. Interested to see the concensus on this. I have however read a couple of studies that indicate that if the most sensitive ultrasensitive test available is taken at 5 years post RP and you remain undetectable at this level of sensitivity then the chances of a further recurrance are such that further testing may be suspended, with little additional risk. Have seen no point in testing below 0.1 sensitivity post RP with aRT so far, but would consider an ultrasensitive test fot this reason, maybe.

How do I get blood drawn and then sent from one state to a lab in another to ensure that my Ultrasensitive PSA Test results are comparable?

hospital in another state (e.g., New York) so that the test results would be comparable. My PSA...

for big dogs since I am a big dog. Took them two successive weekends. I had another PSA test this...

with 4 monthly PSA tests - this was set in motion in November last year. my first PSA test in the...

Analyzing my test results I found an unbelievably high correlation of PSA to the triglycerides...

I know it varies from man