i'm looking for those who've only had brachytherapy as a monotherapy.

*how many of you were glad about your decision?

*how did it impact your QoL, on average, for how long?

*if your RO wanted to add ADT, why did you turn it down?

C, the RO i have has recommended i do ADT [six month shot of eligard] with brachytherapy along with ADT, because my PSA shot up to 18.67. but six days later, my PSA went down to 14.81. so, i'm thinking for sure the spike in PSA was due to possible prostatitis and not PCa. so, this is a reason i want to go back to doing brachytherapy as planned.

plus, i haven't found a post on here about anyone who had only brachytherapy. i would like to read your stories. 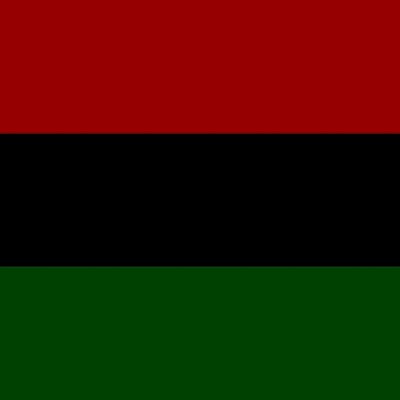 Arthro92
To view profiles and participate in discussions please or .
Read more about...
20 Replies
•

Keep monitoring. That is the typical PSA zig-zag typical of prostatitis. Consider active surveillance rather than any treatment for now.

Because you only have GS 6 and your elevated PSA is due to prostatitis.

Suggest you track with PHI instead. PSA will go up and down as prostatitis comes and goes. Have treatment when a follow-up biopsy shows progression.

Have you had a biopsy? I can't imagine starting any type of cancer therapy without a positive finding of cancer from a biopsy. If your doctor recommends brachytherapy and ADT without a biopsy, I'd find someone else.

I had the procedure on 9/7/18. My biggest issue to date is frequency of urination at nighttime but recently it has declined. PSA in Feb. this year was .99. ED problems but Viagra has helped a lot. I can orgasm but with no semen. I am glad I chose this method of treatment.

FIne a good doctor who specializes in this treatment.

I had brachytherapy in July 2018, and about ten months later my PSA has fallen from about 9, before the procedure, to less than 1, without any other treatment. The oncologist says that this is encouraging but not definitive of a cure. Immediately after the surgery, I had severe problems with urination and had to wear a catheter for a month. Then, with Tamsulosin tablets over a few months, I become incontinent. I discontinued the Tamsulosin and seemed normally continent for a few months, but now fairly serious incontinence has returned, and the oncologist has given me no advice, although a test indicates that I have no urinary-tract infection. The surgery has rendered me impotent and somewhat depressed, but I am alive and not planning any more treatments, although my PSA will continue to be monitored ever six months. I have no idea of whether to recommend it as a procedure, but I am not sure that any alternatives would have been better or easier.

Arthro92 in reply to oldeyork

i'm confused. did you have surgery or brachy-therapy, or both?

oldeyork in reply to Arthro92

Just brachytherapy, which I saw as a kind of surgery. Nothing else.

I chose Brachytherapy. It allowed me to stay at work until I could retire. I've been on Lupron shots for 3 years now. We did 31 IMRT treatments as well. My PSA started at 17.5

I don't usually post much because of all the negative attitudes to what I chose.

I am stage 4 now, they just found metastatic Cancer in a few small spots on my bones. Both Oncologist and Urologist agreed it was probably there in the beginning.

With that in mind, I'm so happy I didnt have surgery. At least all my nerves were left in tact if you know what I mean.

Arthro92 in reply to JamnJ

so, what R they saying about your prognosis?

JamnJ in reply to Arthro92

I'm still getting Elegard shots every three months. I was on Xtandi for a bit and it drove my PSA down to .015

We stopped the Xtandi because it was giving me grief. Next would be Ztiga and Prednisone but my PSA is still low enough that we are waiting for three months to see what it does.

I'm not sure where we go from here but I try and stay positive through it all. I especially dont read about statistics as I am going to beat those all to hell.

Arthro92 in reply to JamnJ

i hope you do

I had my treatment in 2006 after a biopsy found 6 cancerous cores near the Apex. My cancer was encapsulated and had not metastasized. They placed a 133 palladium 103 seeds in the prostate. Brachytherapy was only offered as a monotherapy back then. My PSA gradually dropped to nil and has remained there. It was the best decision I have made. The side effects of frequent urination subsided about 6 mos. after treatment. I have used Cialis after the treatment but am unsure if the need for it was due to treatment or natural age profession.

were you able to hold your water long enough to make it to the mens room? what about at night? did you ever have a slip in your sleep?

It took about a month before I was totally able to control my urine but I always made it to the men’s room. Anywhere I went I just made sure the first thing I did was locate the closest one. I didn’t have any slips I my sleep either but I did get up often at first and watched my liquid intake after 6p

Had only high dose rate brachytherapy n 2012 for stage 1 prostrate cancer and got 100% cure.

why brachy and not surgery?

confusing myself. Has anyone been down a similar path and can suggest how you decided on one...

I'm going in for my 2nd HDR Brachytherapy treatment tomorrow at UCLA. If anyone wants to share their

4 months with painful urination after brachytherapy

I had LDR brachytherapy 4 months ago for prostate cancer. I am still having incredible pain when I...