COVID vaccine question : Hi All.. PMR related I am... - PMRGCAuk

I am wondering, For those of you that have gotten the Covid vaccine have you noticed that prednisone doses need to increased due to symptoms related to the immune response. I’m thinking long-term here and I know it hasn’t been that long since we’ve been doing this but for the next month or so after the vaccine was given is there anyone out there that has had this experience? And also what symptoms were the most bothersome. If any....Thank you! 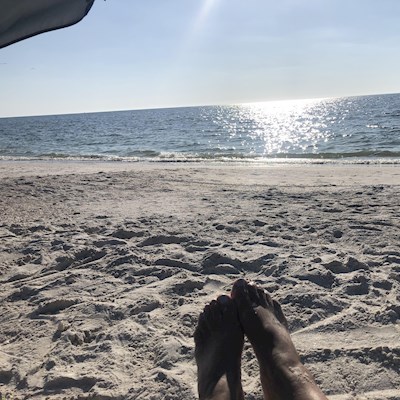 Leilagirl
To view profiles and participate in discussions please or .
Read more about...
54 Replies
•

Hi Leilagirl.As far as I'm aware there's no valid reason to alter your steroid dose before, during or after having the covid vaccine. If I'm wrong then others will advise accordingly.

I maintained the same dose when I had my vaccine with no adverse effects and no changes to the status of my PMR.

Leilagirl in reply to Kendrew

It is preferable to keep the dose at the level it was - an increase MAY reduce the immune response although it isn't really known yet.

We both had the Moderna shot and had a sore arm for a couple of days but it was minimal and both of us felt a bit ropey on the Thursday after having the jab on the Monday afternoon. I'm on pred, OH isn't, but our response was pretty much identical. I didn't increase the pred and felt fine by the Saturday.

This is so helpful to me. Thank you!

I felt a bit unwell after the first vaccination...tired, fluey....helped by paracetamol. Sore arm for seven days.I didnt take any extra prednisolone, and in fact I actually managed to reduce from 5.5 to 5mg in the month after the vaccination.

I reacted badly to the vaccine but did not need to increase the pred dose.

Thank you. Could you manage your symptoms with over the counter meds?

I had a swollen arm for a while, very cold initially and also tired and fluey.

Hi Leilagirl. I was on 6mg and didn’t increase my dose. Had Astra Zeneca and had only very mild after effects, slight headache for 24 hrs and arm tender at vaccine site for few days.

Leilagirl in reply to Rache

Hi I had Astra Zeneca and am on 8mg Pred, no side affects not even sore arm.

No problems from me, no reaction at all to the vaccine.

Abbey17 in reply to Bcol

Nor me, no side effects. (I had the Pfizer) didn’t alter my dosage

Bcol in reply to Abbey17

I had OAZ, but none of the vaccines are live

I am on 1 mg and I did not increase my dose and only felt a bit achy and tired. No flare. Good luck.

I managed to stay on the same does for a couple of weeks but then had to increase as I have been experiencing a flare up like never before. I'm anxious to see if anyone else has increased pain and stiffness after the vaccine

I had a flare about two to three weeks after my first shot not sure if it was related but I had to increase my dose back up to 18mg from 13mg.

Stiffjoints in reply to Chewy21

My gp encouraged me to fill in the yellow card monitoring system. Its still very early days....but he said there have been a few people mainly with RA and psoriasis report the same

I can't be sure it's related but the nurse said the vaccine takes about three weeks to take effect so thought it could be a possibility. Did you increase your pred and start a slow taper again or just increase until the flare subsided and went back to original dose?

Stiffjoints in reply to Chewy21

I doubled the dose for two weeks. and have slowly started tapering again. I'm still incredibly sore and pretty fatigued. But hopefully this shouldn't last

I increased by 5mg but my gp is away and the other one wants me to decrease again so I did a week at 18mg five days at 17 and now no my second day of 16, so far so good but I don't want to rush it too much and end up back in the same boat. Hopefully it won't last too long.

Leilagirl in reply to Chewy21

Chewy21 in reply to Leilagirl

Thank you. I hope you start to feel better soon so you can decrease your prednisone as soon as you can.

Aw bless you. I wish the same for you too!

Used paracetamol but didn't up the pred at the time (the PMR actually felt BETTER for 5 days after jab) and have successfully tapered down since.

Hi, I didn’t alter my steroid dose, had the Oxford vaccination with negligible side effects, just sleepy.

Had AZ vaccine with no after effects and didn't alter my dose. Followed Dr Michael Moseley's advice and ate probiotic yoghurt for the few days before and did arm exercises on the morning.

Hi I had the AZ vaccine with only a slightly sore arm afterwards and little achy the next day which didn’t last long. Good luck

Hi Leilagirl. All I had was a sore arm for 24 hours, felt ropey the next morning and then I was fine. No problems at all. Hope you have the same .

I am on 6 mg pred and experienced no side effects from first or second Pfizer jabs.

I maintained the same dose when I had my vaccine. I had the expected side affects from the vaccine I.e sore arm at point of vaccine and a slight fever which lasted 24 hours but no changes to the status of my PMR and no need to increase Prednisolone before, during or after.

No symptoms what so ever, not even a sore arm ! I had to laugh , kept waiting over the next few hours but nothing ! Hope my second will be the same , x

I had the Pfizer vaccine at the end of January and apart from a slightly sore arm that night felt exactly the same. Hope that helps but then everyone is different. Good luck.

Sorry I should have amplified, its not a live Covid virus it's a harmless, weakened and modified version of a common virus which causes a cold in chimpanzees and genetically modified so it is impossible for it to grow in humans. It is used in many vaccines for a number of other pathogens.

Peptink in reply to Bcol

Genetically modified? What does that mean?

Bcol in reply to Peptink

Pass, not a scientist, I was quoting from their official info.

I had no reason to increase and actually started reducing shortly after.I am doing well on 9mg and hope to reduce another 0.5mg on Thursday.

I don't THINK I have had anything - and, indeed, I had no noticeable reaction to the first jab (January 19th) itself - no soreness, no nothing. Second jab due in 10 days. (Pfizer)

I do seem to be hovering between 4.5mg and 4mg rather longer than I had hoped but I assume that's about the delights of slow tapering, particularly in a subtly very stressful time.

I had quite a strong reaction to AZ. Still glad to have had it. Didn’t increase pred. Everyone is different.

Was on 2mg. when had both Pfizer shots. I had no adverse reactions.

I only had a sore arm with my first Pfizer jab. The second jab my arm was not sore. I took a nap that day and was fine from that Friday till Tuesday when I began a cough and still have a bit of it today. It knocked me down with sinus pressure and chills and a bit of a fever one evening. I rested and took more naps for 4 days. But this is to say, I believe I got the cold from my grand daughter on Monday when she came for a piano lesson. More colds are going around in Michigan right now.

Was it "just a cold"? 1 in 25 patients admitted to hospital with Covid have had a shot in the previous 2 weeks!

I never lost my taste and I checked my oxygen level quite often.My oxygen level stayed around 92-95. My husband checked me out with his otoscope and stethoscope. I stayed home and away from my mom and slept in the lazy boy chair. I asked my husband if I should get a test and he thought I was fine. Today I still have head congestion that still makes me cough from the drainage. Thanks for the concern.

Like all the new range of symptoms - loss of sense of taste isn't seen in everyone. I am always suspicious ...

I am also. I've had two Covid test in the past which have come back negative each time. They are pretty good here at getting you in fast when you tell them you are on prednisone.

I've rather wondered the reverse, whether I should bite the bullet and reduce my dose in order to have a better chance of a good immune response. Don't know if this is worthwhile doing or maybe even counterproductive. I'd never increase the dose to deal with vaccine side effects - you want the best immunity to develop, not do something which could repress that response.

I got the Moderna and had a quite sore arm initially, which then moved up to my shoulder and soon I realized I was having a flare. Had been on 3.5 pred so I upped to 4 and then 5, where I am now. Spoke to my GP and asked if I should stay at the 5 until my second dose and she said yes. After the second shot, my arm was slightly sore and the only other effect was I was quite tired the next day. The day after that I felt great! So I am hoping that is that, and I will start reducing pred again this week.

had the Oxford was unwell for a week pain in mouth jaw head took painkillers, PMR flared I was on 10mg preb and was due to reduce but I didn’t after 3 was spoke to Dr he advised not to reduce stay as is for a further 8 wks and he will review again he also said a number of his patient had said the same. That was 9 wks ago since Jab still taking painkillers at night but the PMR symptoms hips and left shoulder are more manageable and improving. I am just happy no increase. I am having second jab in a couple of weeks,

My wife and I had both Pfizer shots (3 weeks apart). The second shot for me, the day after) left me with a slight loss of equilibrium for about four hours. I did not change my Prednisone.

My wife got a rash all over body two weeks after her second shot. Of course, we’re not exactly sure if the Pfizer shot was the cause.

wondering if any of you with PMR have been vaccinated and haven't experienced any nasty PMR flares...

sufferer of PMR (who has been on steroids for 3 years and still on 10mgs due to ongoing symptoms )...

correlations between vaccination and PMR and lo and behold, there are increasing numbers of PMR...

Having had my second covid vaccination 5 days ago I am finding my PMR symptoms are heightened. I