I just got back from my Rheumatologist...I am emotionally drained and have probably grown several grey hairs on the 15 minute drive home. My ESR is back up to 81, CRP is 21, even though I'm down to 10mg of Pred, with little to no niggles except the first few days when I taper. He's sending me for a full body CT scan to "exclude malignancy or atypical infection" and also a full blood panel as well.

I'm a bit freaked out and also annoyed because he thinks 10mg is a high dose, thinks people can't have PMR for longer than 2 years and thinks people who stay on it (Pred) longer don't have PMR but Pred withdrawal and aren't strict enough with their taper to get off it.

I had an ear infection two weeks ago and had to go on antibiotics. I'm wondering if that affected my results> 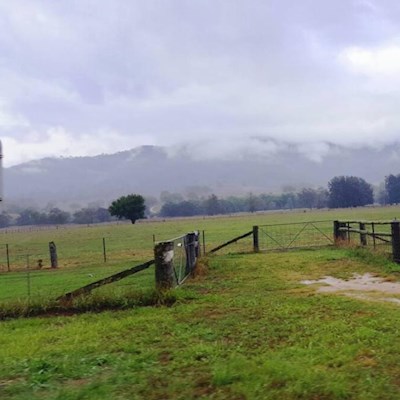 AussieMel
To view profiles and participate in discussions please or .
Read more about...
16 Replies
•

Sorry to hear about your stressful day.

I’m fairly new to the site so not sure I can be of much help other than to say I seem to remember reading that blood markers can be affected by other things such as colds etc. and that a trend rather than single reading should be reviewed. I’m sure others in the know will be on soon to give you better information.

Re: high dose I’m on 50 mg at the moment! That would probably have your Rheumatologist keeling over in horror!

AussieMel in reply to RoadTrip

He's very anti being on Pred for an extended period. Said that you know ...if you're on Pred for 20 years, well you won't be because you'll be dead. I mean, way to go with that bedside manner, Doc! I was very shaken when I left, and I'm normally a chilled out type of person.

Anyhow, I'm booked in for tomorrow for the CT scan and will go today after lunch for my blood test (he sent me for ANCA, urine Alb/Cr ratio/RNC morphology, ESR, CRP, serum protein electrophoresis, serum ACE level),

RoadTrip in reply to AussieMel

I think some Drs in the UK are now considering leaving people on 2/3 mg permanently to stop reoccurrence.

Your scan is very quick! Not sure the NHS could compete with that! My first Rheumatologist appointment for GCA is by telephone 9 1/2 weeks after diagnosis, i.e. mid October. So still have that delight to come.

“if you're on Pred for 20 years, well you won't be because you'll be dead“! Crikey! What would he have made of my mother who was on Pred for about 40 years ... not GCA or PMR but Rheumatoid Arthritis, but she never quite got all the way off the steroids - and that wasn’t what killed her!

Hi there and good morning. Not going to comment on the medical stuff as there are far more knowledgeable people than me on this forum who will be along to comment and give you reassurance. You are not the first with this problem. Try and stay positive and think about how you have successfully got to your present position. I hope if nothing else, your ear infection has cleared up.

Your ear infection will definitely play havoc with your blood test results. I would welcome the full body scan when it’s offered, just a slim chance that something could lurk. I had one too and a brain/ head scan. A lot of this is a process of deduction.

Oh dear about your second last paragraph. He is worryingly out of date isn’t he? Plenty of literature to contradict him. Good luck.

Oh dear another Rheumy still in the dark ages!

ESR high readings very probably due to infection - during my GCA mine shot up due to stress - like you no symptoms - but my GP went into panic mode.

And as others have said if he thinks 10mg is high, he’s not seen many GCA patients!

Hope everything come back okay, and that your blood markers go back to normal sharpish - and don’t let him harass you to reduce too quickly....easier said than done I know.

I'm going to see how these tests come back - and then I'm thinking I'm going to ditch him and find a new one. My GP has been pretty good so far with it so I'd be comfortable with her in the interim.

Honestly, I feel like I know more about this disease than he does, and all of it's complexities. Just from reading here and on the FB page. He didn't want to hear about that though - which was bloody frustrating quite frankly.

In UK many PMR patients (unless their illness is complex or they have other health issues) are successfully treated by their GPs.

Do realise that in other parts of the world the protocols may be different, but a good GP outweighs a bad Specialist any day.

Thanks, and also just thanks in general. This site and advice from yourself and others have been an absolute blessing in coming to terms with PMR and figuring out what really works.

My GP has been learning alongside me with regard to PMR and has an open mind. In Australia we tend to go to specialists but my mother who has PMR also - has hers handled by her GP and is doing well with that. I think I may end up going that route as well.

I think you have just said it all about him.....go with the G P

Mel, I’m in Australia, have had PMR almost two and a half years and have only been treated by my GP who has let me control my own tapering. I see him for pred prescriptions blood tests and the odd bone density scan. If you don’t have any other serious health problems, I’d stick with your GP and this wonderful forum. 🌻

The ear infection almost certainly will have had some effect - though usually they fall again once the infection is gone.

That said - if you don't have PMR symptoms it does raise the question as to whether they are due to something else. Though that should have been investigated at the outset - PMR is a diagnosis of exclusion.

But I would want to find another rheumy who is realistic and doesn't treat the textbook. Where are you? I had a "PMR" internet friend on another forum who I think lived in/near Canberra and had an appalling rheumy. She eventually found a superb guy in Sydney (I know, 250km) who worked out it was something else and got it sorted out really well. The second had a bedside manner!!!

I pretty much had textbook PMR onset symptoms. Sore arms, pain in the morning, couldn't rollover in bed, sitting and then standing again was excruciating. Anti-inflammatories did nothing. Pred helped in 3hours. My mother also has it.

I'm hoping the raised markers are just leftovers from my ear infection. But probably a good idea to get these addition bloods and scans done.

At any rate, I have a feeling I'll be looking for a new Rheumy.

My inflammation markers shot up to over 100 with no reason and my GP decided it might be cancer. He organised lots of tests then seemed to get bored and forgot about it. I still have pretty high markers. They have decided it is just me.

I'd get your inflammation levels re-tested in a month or so when things calm down. As others have said, your rheumie can't have come across many cases of PMR if he knows so little about it.

I definitely have PMR. I have been feeling much better on the higher dose of Pred so he said to stay

doctor, a rheumatologist whom I’ve waited since January to see said he didn’t think I had PMR...

I have been referred to rheumatologist and had to make my own appointment from a choice of 4...

for my ESR and CRP results which have been within the normal range since I started taking Pred. and...

Shout out to my GP