Has anyone had Occiptal Neuralgia that doctor tho... - PMRGCAuk

Ultrasound for GCA is available in France. My husband and I did a lot of research for techniques used in diagnosing GCA. I have had PMR for 6 years (2 undiagnosed-5 on Prednisone). Now having symptoms that could either be Occipital Neuralgia or GCA. Definite symptoms for ON but only one for GCA. I do not want a biopsy yet nor do I want to take large doses of Prednisone yet. I am waiting it out until I get more symptoms such as blurry vision, enlarged temporal artery, etc. So far I have all of the symptoms of ON. I have suffered from this in the past with no special treatment and it went away. I now have same symptoms so I think that is the correct diagnosis but I fear that when I see my doctor on Wednesday he will automatically start me on larger doses of Prednisone (I am now at 2 mg) In the past my doctor has wanted me to have a biopsy on the temporal artery and I am glad that instead my husband and I wanted to do research on the efficacy or safety of this and eventually it went away on its own. Anyone else with ON that might have been diagnosed as GCA? 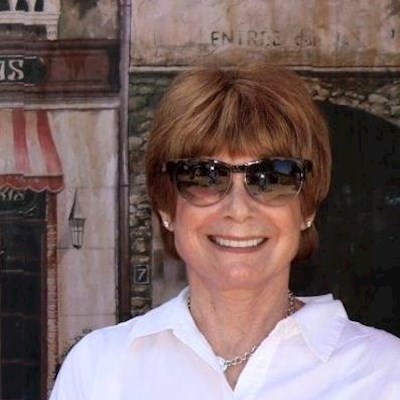 Robinre
To view profiles and participate in discussions please or .
Read more about...
11 Replies
•

It isn't really an either or - GCA is one cause of the symptoms of occipital neuralgia. I hope for your sake it is another cause of the ON - because loss of vision due to GCA can occur with no advance warning of any sort. Do not assume because you have no blurred vision or enlarged temporal artery you are not at risk - if the GCA is affecting the occipital region it may not be affecting the temporal artery.

I had been treated for both Trigeminal and Occipital Neuralgia for over ten years before GCA was spotted and diagnosed.

It turns out after many , many appointments that these Neuralgias , in my case , were part of Ehlers Danlos , Hypermobility and Fibromyalgia.

I did actually believe that my increase in head and jaw pain and eye issues were an increase in my Neuralgia symptoms and that my medication was no longer effective.

It was only by being sent to a very clued up Opthamologist who was willing to see past my age and look at the symptoms that GCA was finally diagnosed .

The Neuralgias are still there , they add to my health issues , the GCA and Neuralgias often triggering Flares of pain in each other if one or the other is not under control , and I have accepted that I won't be 100% pain free while getting GCA into Remission.

As long as I have protected my sight and have prevented myself from other issues that would come from untreated GCA though , I am happy to cope with being Pain Managed rather than Pain Free.

I did write a compare and contrast in a reply sometime ago , but unfortunately , can't find the link just now.

But as a point of reference I would say , that GCA pain is more intense and constant rather than up and down with the instant flares of pain from triggers like Cold , Wind etc of the Neuralgias.

The aching is far more temple based , the occipital pain grew but not in the way I was used to , but for a while I thought it was being caused more by the issues I was having with my eyes or Neuralgia. Jaw pain travelled through the ears and the pain through the head and jaw was a growing , gnawing pain rather than the sharp pain of Neuralgia.

I got a growing number of periods of migraine , visual disturbances , aching behind the eyes , and dizziness that I didn't have in the same way with Neuralgia.

If you have had Occipital Neuralgia for years , you know how that pain feels , if the pain you are suffering now is spreading to temples and you have new symptoms , especially vision related ones , and any increase in your old medications show no relief , do not delay , push to be properly evaluated for GCA. If it turns out not to be it , all good you have Peace of Mind .

But with GCA , it's better to know as soon as possible , Quick action saves eyes.

Take care , and let us know what happens .

Thank you so much. You are absolutely right. Because in the past I have gotten past the complaints that I am now having it doesn't mean these new ones can't progress to GCA. I have had 3 episodes over a period of 5 years. I am seeing the doctor on Wednesday to see what he has to say.

Thank you for your reply. I am seeing my doctor on Wednesday, the one treating me for PMR. The Opthamologist saw no evidence of GCA when I saw him but he said if my symptoms (pain along occipital nerve) did not improve, he might consider putting me on large doses of Prednisone and treat me for GCA at that time. I hate to do this when there is no proof.

I don't like this topic because it stirs up so many bad memories. I think there are many possible causes for these neuralgias of the head and face. I only had trigeminal neuralgia to contend with. on top of several autoimmune issues. Whenever PMR inflammation increased, the beast of trigeminal neuralgia would flare up. It was a very reliable indication that inflammation was becoming a problem. I can't explain it but I believed it. I did report it several times to my rheumatologist along with the long list of other aches and pains. Trigeminal neuralgia was very different than PMR pain so I usually added it to the end of the list like an afterthought. However, it was by far the worst pain. I don't think my rheum ever linked it to PMR or GCA.

I remember one appointment when I directly asked what I should do about the face pain. She just said that I should not expect my rheumatologist to take care of it. Then she stared at me and said SEE NEUROLOGY!!! I didn't do that and I still regret it. At the time, I thought prednisone was controlling it reasonably well.

My GP more or less agreed with my rheum but was more willing to listen. I once emailed him just to let him know about 1,000 electric "zaps" the day before and that I planned to take 60 mg of prednisone. He telephoned back and just said "that's too many zaps... isn't it?" My reply was that I was pretty sure 60 mg of prednisone would take care of it ---it did that time.

When it eventually was discovered what was causing it I had to acknowledge that it had nothing to do with PMR. However, my neurosurgeon did say that prednisone was probably helping to reduce the swelling and inflammation that was happening.

Technically, I still have trigeminal neuralgia and it drives me nuts!!! The entire left side of my face and head is numb but tingles constantly. I hope it stays that way!

I too wish there was a better way to diagnose GCA. Two years ago my shoulders, hips and neck were so stiff, I went for a massage. That night I ended up so sick, dizzy, flu like, and headache at the back of my head like someone hit me with a shovel. Misdiagnosed as fibromyalgia, then in a few days I couldn’t even get out of bed in the morning, finally diagnosed with PMR. Got better quickly, then started taking a turn for the worse. Severe bilateral jaw pain developed over the next months. Saw neuroophthalmologist who did a temple biopsy. No GCA. Again misdiagnosed by ENT, dentists, rheumatologist, infectious diseases, etc. Finally found (mri) molars on both sides had cracked, spreading infection to my jaw, floor of mouth, neck. Missed 6 months of work from that ordeal.

Now dealing with another relapse of PMR. Severe headache again but it feels like a constricting in my neck. I just hope this round doesn’t get complicated! Good luck to you in getting right diagnosis promptly.

Hi Robinre. I was diagnosed PMR in July 2018. A couple of months later - and because I felt so well on 20mg pred, I lifted a carpet in the bedroom and within a couple of days had a crippling ON. I took paracetamol which gave good relief but my rheumy insisted I up my dose to 40mg in case it was GCA. This to good effect and I began the DSNS tapering programme again. After these events I found out from the forum that paracetamol would not look at PMR/GCA pain so I feel my rheumy was panicking a bit. However, having said that, I agree with everyone else who has responded that it is better to be safe that sorry when it comes to visual complications. You can begin to taper again and as PMRpro keeps telling us there are many on the medical side who do not consider prednisolone as the big bad wolf that others believe.

I was wrong to put such stress on my musculature at a time when my muscles were less than robust. You live and learn (a LOT from this forum).

I had occipital Neuralgia treated during my flare of PMR and GCA. I think it helped some.

I too was diagnosed with GCA and put on high doses of Prednisone. Started to feel better and began tapering down from 60mg of Prednisone. After about a month the head pain came back so I had a temporal artery biopsy. It came back negative. I did my own research and decided it could be ON. Went to a neurologist who confirmed it.i still worry every time head pain comes back. I found a great chiropractor who really helps with the pain. Might be worth a try.

I live in the US and was diagnosed with GCA after my second Shingles vaccination on July 2, 2019. A biopsy confirmed the diagnosis.

My initial symptoms were fever, body aches, headache and fatigue. I was given a muscle relaxant and went on vacation. I was miserable when I returned home. Blood work found inflammation and was prescribed 10 mg of Prednisone. Began getting worse headache,neck pain and jaw pain. The jaw hurt when chewing and pain remained. Also had blurry vision. After researching, I became convinced I had GCA. Went to a rheumatologist who immediately ordered the biopsy and prescribed 50 mg of Prednisone. 2 days later on August 30th, I was told the biopsy was positive. I still keep complaining about the headache, jaw and neck. My blood work is normal so both rheumatologist and dentist day TMJ. A stronger muscle relaxant was prescribed a week ago and I do fee somewhat better. I am now down to 2 weeks of taking 15 mg and 20 mg alternate days. Hope this helps...Jean

Has anyone had GCA and is now over it

Hello, I have had GCA/Polymyalgia now for almost 3 years, I am now down to 1 pred a day now for the...

Has anyone with GCA experienced teeth pain?

Is Occipital neuralgia part of GCA

My Dr. thinks I have occipital neuralgia, which maybe the case but it is as well as GCA considering...

Ophthalmologist friend referred me for temporal artery biopsy, which was done 10 days ago. Local...

Has anyone with pmr/gca (or both) had to see a neurologist?

I've been diagnosed with pmr/gca since January 2019. I have a rheumy and a gp and the next thing...