Stage of pbc : Can I ask what stage of pbc... - PBC Foundation

Can I ask what stage of pbc you all have and how fast has it progressed , thanks xx 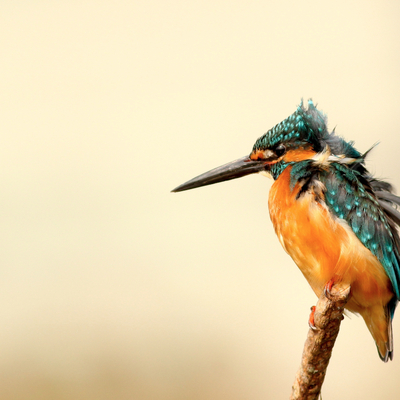 Meeru2007
To view profiles and participate in discussions please or .
31 Replies
•

I've had PBC for many years but have never been told I was at any stage.

I have never been staged. I am an URSO responder and my blood test results have improved over the last 10 years so for me I am stable. Diagnosed 2006.

I've had PBC since 2004 (18yrs) and I feel ok the worrying problem is high cholesterol which I take Statins for, liver wise my levels haven't changed much but I do get forgotten about as I haven't seem my liver consultant for yrs. Main problem for me is night time when I get very hot and my body tingles, mention this to my gp and they don't want to know!! But I exercise and have a good life..I have never been told what stage my liver is...try not to worry and enjoy life.

Meeru2007 in reply to janetfolley

Thank you, I will try x

I was diagnosed at stage 2 and have had PBC for 12 years now and I'm still stage 2. I respond quite well to Urso.

Meeru2007 in reply to roseter

I guess any measurement is only as good as the knowledge we have at the time: for instance I was diagnosed 13years ago but I will never truly know how long I’ve actually had PBC. However, from testing I’am in the range of F0-F1 for the liver stiffness score. Not sure if this has any correlation with the stages of PBC I’ve never asked.

4 years ago I had a fibro scan, f1 I think was the result. Had a liver biopsy too more or less at the same time. I don't respond to urso. I get an ultrasound every 6 months and so far there is no change thank God, my blood results aren't getting better but don't get much worse too. I'm 40 and was diagnosed 5 years ago

Lena2011 in reply to Abby_green

In the UK my consultant said that I have to be on the urso for 12 months to see if it is working. To see if you are a responder your alkaline phosphate should be below 200 and your bulbrin below 40 I think. I have bought the most fabulous book from amazon wrote by Professor Jones who specialises in PBC. It has answered alot of my questions. Xx

Thank you for replying I’m also from the uk, ohh ok so I have a way too go then as only been on urso since February! Ohh great I will look on Amazon for that thanks again, it’s such a scary time not noing much about pbc and being a young mum I find I worry more!

Mrsfancypants in reply to Meeru2007

That book changed my life !!! Brilliant

Meeru2007 in reply to sistergoldenhair

So did it just get worse over the years or was you diagnosed at a late stage of the disease? X

sistergoldenhair in reply to Meeru2007

I was dx at stage 3. I also took milk thistle with the urso.

I was diagnosed in 2016. With PBC. Never staged however

Meeru2007 in reply to Kearny

Thank you, did they check progress with a fibroscan?

Kearny in reply to Meeru2007

Normally with an ultrasound (2Xannually), but they did do a fibroscan this year. I’ll never do another biopsy.

Meeru2007 in reply to Kearny

No,I must admit I really don't want to have a biopsy but consultant says I must consider it if my ALT dosnt come down

Hi Meeru, I was diagnosed November 2020 following positive AMAs and abnormal liver readings. The specialist didn’t give me a stage but said from an ultrasound that my liver didn’t show damage, so presumably early stage. He organised a liver biopsy but it was scheduled the day before my Mum’s funeral so I cancelled it and decided I really didn’t want it after that, and the specialist was ok with that. I started Urso but until very recently it was not fully stabilising my liver readings. After a spike in ALT in February he added in Fenofibrate but I became very ill after taking it and had to stop. However, it has normalised on the two blood tests I’ve had since then.

I suspect, but can’t really know for sure, that my initial lack of full response to Urso may have been linked to extreme stress in my life over the entirety of last year. While I’ve had debilitating fatigue and brain fog, and to a lesser extent the itch, I’m heartened by my normalised liver results and think the PBC is stabilising. I hope that gives you hope 🙏

Thank you for your response, what a time you have had with a diagnosis and loosing your mum both at the same time! I'm finding it hard to get my head around the whole thing to be honest, never in a million years thought I would be going through this.

Some days I can be really positive, others I don't have the energy to think!

I totally understand. It came as a shock to me too. You don’t expect to be diagnosed with an autoimmune liver disease. But I think you’ll find it will get easier.

I’m gradually learning to live with it and like you have positive days and other days where I struggle. I think it takes a while to adjust to reduced energy levels and I completely understand about not having the energy to think!

I’ve had improved energy and cognition over the past week and I’m trialling a diet at the moment that seems to be helping. I might post about it as a separate post in case it helps others, but not always sure whether to do this as what might help me may not be right for others.

Anyway, take care and nurture yourself which I’m sure helps the liver and the body as a whole 🤗

Would love to hear about the diet! X

Mrsfancypants in reply to Meeru2007

I wouldn’t accept it for about 4 years

Ok, I’ll do a separate post about it shortly. I just might eat my dinner first as I think that will help my brain work better! X

I was diagnosed in 2008 and am an urso responder. I’ve never been staged. My doc goes on a yearly ultrasound 3yearly fibroscan and 6 monthly bloods. I am well

Diagnosed with PBC in 2001 and the disease progressed slowly. Had transplant in 2014. Never told what stage I was on. We are all different with this illness. I am doing well and despite a few issues with new liver I am happy to be alive. Good luck Meeru!

Meeru2007 in reply to allotment

HiI was diagnosed 4 years ago because I had chronic itching. It took six months before they found out what it was. I’m on Urso and apparently I’m a responder, so my consultant is happy for annual consultations and the occasional ultrasound and fibroscan. It’s really difficult in the beginning- I thought I had less than 10 years to live - but with time - I don’t really think about it anymore.

I put on weight with Urso, so now I do intermittent fasting which also has positive health benefits and I feel good! Best wishes x

I was diagnosed March 2020, the week before we went into lockdown in the uk! I was a 'non-responder' to Urso, although my ALP went from 700 from 250, which is in the right direction. I am currently undertaking a clinical drug trial on Seledelpar, and am waiting for the update on whether this is helping. I too have the book by Professor Jones and found it very informative and reassuring. I also put on a bit of weight with Urso, so have also started intermittent fasting which seems to work.

question for you since you're ever so helpful :-) Is there anyone who has been diagnosed with PBC...

So I asked my gastroenterologist ( i live near sydney australia) and he said i could drink it. How...

to move it up. I guess I’m wondering how you all cope. From what I read, I will take medication and...

Feelings of sadness with pbc stage 4

Hi all Lately I have been feeling sad and angry about having cirhossis. My last endoscopy showed...

information I can glean from the biopsy and pathology report is that she either has (or had) PBC,...
•
21 Replies

been on urso for 6months but alp still up

How are you sleeping?

Do I really have PBC?