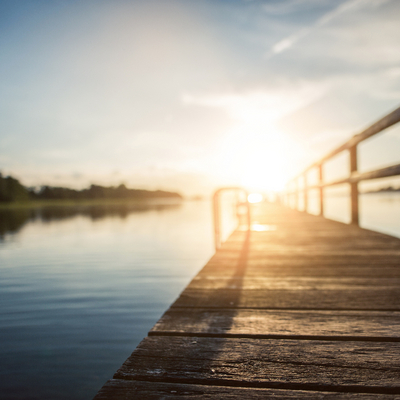 Madmolly
To view profiles and participate in discussions please or .
23 Replies
•

Had my op Nov.19 & gained a hernia in the same place as you, the following June.nobody seems very interested in it & when asked if I should have it looked at was told that they don’t really like to operate on hernias so close to the scar of major surgery. Nurse said that if that area needed to be reinvestigated it would be difficult if mesh had been implanted & also it could awaken any cancer seeds ! As I am not in any pain I have accepted this although not happy as now have an odd shaped abdomen but I suppose that’s a small price to pay. Take care Dee x

Thank you so much for replying I found it very informative. I have been feeli g sickly and putting it down to hernia but obviously if it can stir up cells that's the last thing I would want. Luckily I don't have mesh. Thanks Mammi hope all is well with you

Good advice from Mammi. Also, I note you're on Avastin at the mo. Bear in mind you would have to stop Avastin treatment for a while before and wouldn't be able to restart for a while after. From my recollection, my onc said if I insisted on a hernia op (I was advised against like Mammi) I'd be off Avastin for three months. xx

Thanks for info only 2 more months of avastin to go

Just a note on seeding, I had my lapband removed 4 years after debulking and ended up with seeding in three of the laparoscopic spots each turning into a tumor of ovarian orgin. 😬

Thank you for that info intend to discuss with oncologist

I am in the same boat & told it’s fairly common to acquire a hernia after such a major op. My abdomen is also a strange shape now Mammi. I always had a flat stomach before cancer so it’s hard to get used to the bulges I see there now but, again, as you said Mammi it’s a small price to pay.

Lily-Rose1 in reply to Differentforgirls

I had exactly the same . My tummy was huge. My oncologist and surgeon were both adamant that I have surgery for it , including mesh as the hernia could become strangulated and cause serious problems. I was told it would not cause any adverse complications in regards to my cancer. I would talk to your oncologist and hernia surgeon. Oh I had robotic surgery so that may change the result. 🌺

Madmolly in reply to Lily-Rose1

Thank you for the info I intend to enquire about it

I developed quite a large hernia after debulking surgery in 2017. It doesn’t really cause any pain but gets bigger if I do anything more strenuous- like walking uphill! I have got used to the odd shape but find it difficult to wear anything waisted as they roll down. Oncology definitely not keen to consider further surgery. Given I’m on my third lots of chemo I’ll grin and bear it. A long time since I had a flat tummy anyway! Take care.

Madmolly in reply to Cheryl4677

Cheryl4677 in reply to Madmolly

Maybe it’s just that it protrudes more when I have strained my tummy with activity. When I lie flat it feels like it goes away but it’s definitely more noticeable at the end of the day. My belly button is not in the middle of my abdomen and I suffer with heartburn quite a bit too.Just another thing I have to come to terms with I suppose.

Hi. I had an eventration which is an incisional hernia and inguinal hernias and had operations to repair and tuck them in. 30% of hysterectomies are effected by this. To this day i wear control pants as the muscle tissue is weakened. An operation can also serve to look for cancer activity. Wear a brace 3 months after best of luck

My worry is it sets off cells lying there

I have a huge incisional hernia - it got twice as large after I had ascites at the start of the year (ascites was reduced by chemo 3 months afterwards). Mine starts just under the breastbone and extends down well past where my navel used to be (which is now miles off to the right hand side). Because it was quite large in the first place (6cm) it was not deemed high risk for strangulation, and I decided not to have further surgery for it after speaking to the colo rectal consultant; she was not keen on the repair because it would have been another major surgery and I wouldn't have been able to do any gardening (and I was doing a great deal of that at the time) or much else strenuous for a year,and given I'm stage 4b, well, at least a year? and an awful lot of mesh?. need I say more... had I been Stage 2, I'd have chosen differently. If I'm honest, I didn't expect to still be here, given I had my surgery in January 2018 and at that time was classed as Stage 4b with two different types of cancer growth and I refused adjuvant chemo, and yet, here I am... if I'd known I was going to be around for 3 years or more, I would likely have opted for a repair when it was only 6cm.

Its not absolutely true that a repair will encourage cancer 'seeds' or any other cancer cells to grow, but in the UK, your chances of getting it repaired right now are slim because of Covid, unless it becomes an emergency (causing you major, acute symptoms). The other thing to consider is that the mesh can sometimes mean its difficult to do further surgery for cancer should it be necessary later on, but if your hernia is small, then risk of strangulation might be greater. I imagine that can't be the case or the surgeon would have been keen to repair it initially, but it has to be said, hernias tend to get larger over time.

So some of us are walking round with abdominal supports on all the time (I say 'support'; in my case its a boned corset that rather resembles an instrument of torture with metal clips and lots of straps) and as long as it does not cause trouble, its fine. Sort of, can be hot to wear in the summer and forget having a waist, elastic trousers are necessary, though to be fair, I never had much of a waist anyway🙄🤗

Madmolly in reply to bamboo89

I'm not really worried about shape of tummy more how it could affect me physically I did not know they used a mesh. Not keen on that

Ruebacelle in reply to bamboo89

I didnt do mesh on the incisional hernia surgeon tucked it in i never feel it. Delighted you are still here. Keep up the good work

I also have a very large hernia since my debulking surgery in July 2019. My surgeon remarked it was “nice & big” so less likelihood of strangulation!! I had emergency surgery in July 2020 for a bowel blockage & the surgeon - not my oncology surgeon, repaired another hernia but left the large one! My oncologist has told me to ignore it & told me if it gets painful to lie down & push it back I, she showed me how. She said if I had it repaired it would make further surgery for my cancer a lot more difficult. My oncology surgeon has since told me that further surgery at this stage is not an option but I could get a “support corset”, which I haven’t done!. I have learned to live with it & am not quite in maternity clothes yet due to the size of it!I think, like much of this disease, it is a personal choice & I trust my medical team completely.

Covid adds a whole new dimension to our choices at the moment.

Thinking of you & good luck

Thank you for replying I am aware with covid things would not take place. Just worried that having a hernia what does it mean for me physically. What things can it cause

Hi,I have several hernias 1 is large..but I accept it due to my lifestyle ( gardening)...simply lifting kettle full of water can cause hernia..you can however get medical support belts which dont look pretty but are " heaven" when worn..the supplier is " supportx" have a look on their website as they need visit you to measure etc..thing is you could have hernia repair only for another to appear..sometimes they get me down..but ..there my survival medals! Lol..chin up x

Madmolly in reply to Annette2013

Thank you that's good to know my oncologist is referring me to hernia surgeon so he can have a look and see whether it's worth bothering about. It happened during my cancer surgery a muscle was cut through causing part of my bowel to protrude into my abdomen

Snap..same issue with me...hope all goes well..but be sure to ask about the pro's and con"s as no guarantee hernia wont pop out in another area after repair surgery

length but as hernia just above belly button I find that it still rolls up. Has anyone else out...

Hi all Noti long after debunking had an incisional hernia also known as an eventration. The surgeon...

from a while back where this has been an issue and a common one at that. So has anyone get any...

this includes. Is there anyone out there who has the same thing? If so, what have you stopped...

Anyone had incisional hernia & how do they know it’s not another tumour.stomach really bulges out on