So a week on from op 2 & generally my recovery has been going really well, if a little tired & wiped out. However, I've been experiencing a horrible burning sensation on a small patch of my skin just next to my large incision 😕

Having read a little, I'm guessing it's 'temporary nerve damage' from the op but I'm also hoping it is just that....temporary...have any of you experienced this & will it go eventually? Didn't have it after op 1 but wasn't opened up quite as much that time.

Seeing oncologist on the 25th for results (😁) & will bring up with her if it's still occurring. It's super sore & I can't have any clothing touch my skin when its occurring as it feels like it's on fire (despite not being hot to touch!) 🔥😫 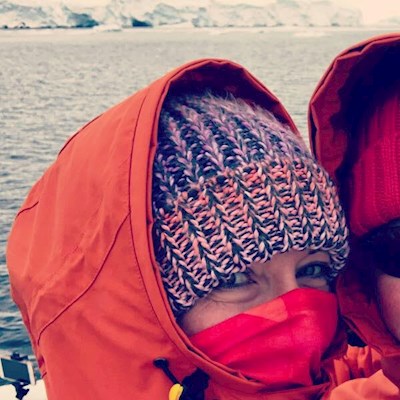 Mrs_Atko
To view profiles and participate in discussions please or .
22 Replies
•

I have had this from time to time. I would describe it as all my nerve endings exposed. It was always worse after chemo too. It has settled down now but yes very painful and kept me awake. I hope your pain settles. X

How strange I said the same, it was worse after my first chemo post surgery. I felt my scar was on fire.

It's awful isn't it Ellsey....comes and goes...hopefully it'll go for good soon! xx

How about checking with a nurse that it's not infected? My scar got sore and an area turned red overnight. Visited nurse who put me into see gp and had to get antibiotics. Not trying to worry you - just concerned for you.

Thanks for your message Misty - I don't think it's infected as it's not sore or red...it's the skin next to the incision that every now and then just feels like it's on fire. It seems to come and go. Weird. I'll be getting it looked at when I see my onco next week anyway. Thanks for your message though I really appreciate it xx

Yes this happened to me too xx but i get niggles still too, i think it's part of the course as it comes n goes x

Jemima, I had the same burning horrible pain right next to my incision. It even hurt MORE when I touched it. It only lasted 3 days and disappeared. It's been six months and has not come back. My gyn told me it was nerves being irritated from the surgery. Tesla

Thanks Tesla - that's what I figured it was. Fingers crossed it goes soon! x

I would get it looked at anyway. My second operation (TAH) I had a sharp burning pain in a small area, it turned out to be an abdomen infection and needed mega antibiotics. Third operation it was nerve damage. Nothing to lose to get a quick once over from the GP, especially before you go away.

Mrs_Atko in reply to Lily-Anne

Thanks LA - I'll be getting it checked next week and of course, if it gets any worse (or changes, like gets sore or red) then i'll go to my GP xx

Sorry to hear you have something similar hun

7 weeks after surgery skin around my scar has suddenly become pink and itchy.

GP thinks it may be skin infection so has put me on antibiotics.

Thanks for the heads up! Will definitely keep an eye on the skin becoming red or inflamed! x

I had a lapratommy incision 7 weeks ago and still have some burning around my scar, the surgeon said exactly what you said it is the damaged nerves just under the skin and that the nerves will regenerate.

Thanks Ellsey - good to know xx

HI Mrs Atko, is the area around the scar red, if it is seek your doctors opinion, if not its just healing. Wear loose clothes and invest in a few camisole tops they are invaluable to wear for comfort. I was sore for quite some time after 32 odd staples, you find the muscles contract inside as well a kind of ripple effect but it will pass

Hi suzuki - no the incision itself it not red or sore...it's a small patch of skin to the side of it that feels like it's burning from time-to-time. The argument for it being damaged/frazzled nerves makes sense (as i've had infections etc before), but will keep a close eye on it for sure! Fingers crossed, as you say, it'll pass soon enough! xx

(Taxol and Carbo), she experienced burning pain underneath her surgical incision site along with in...

The journey is nearly over

Nearly made it to 5 years

biopsy and another CT scan I’ve been told that I have a reoccurrence somewhere in the Hepatobiliary...

I couldn't have taxol due to a liver problem. Just wondered if any of you have experienced the rash...