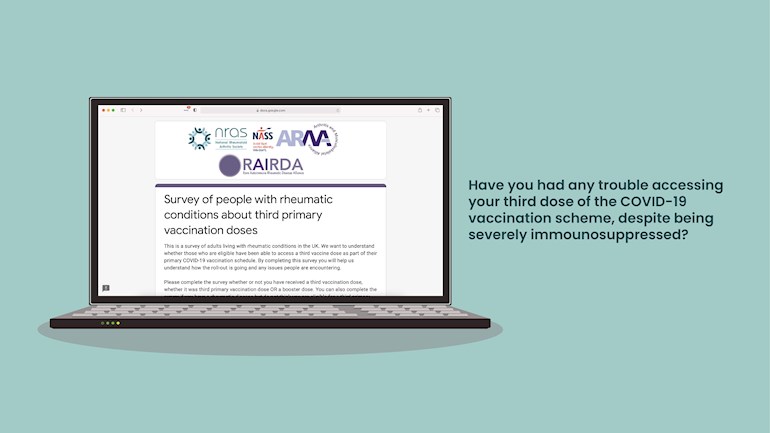 Have you had any trouble accessing your third dose of the COVID-19 vaccination scheme, despite being severely immounosuppressed? In an effort to understand how the roll-out is going, we at NRAS and a group of other charities are supporting a rapid survey aimed at all adults with a rheumatic condition in the UK. 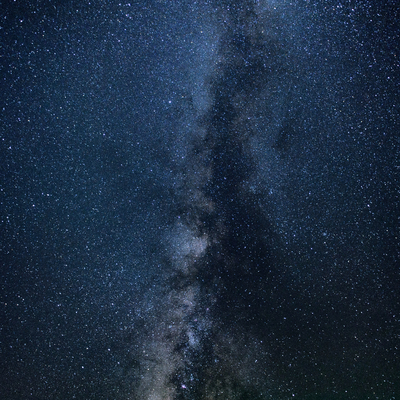 Aribah-NRAS
Partner
To view profiles and participate in discussions please or .
Read more about...
5 Replies
•

Not at all.I inititially got a text from NHS vaccine which advised me to ring my gp.I did and emphasised it was for the 3rd vaccine.She said she would pass message on and someone would arrange an appointment.Few days later they did and I had to read out the message first and was swiftly booked in. I then received the text in letter form.I took that with me to the appointment but was assured I didn’t need it and 3rd vaccine was given and told a booster would be given in 6mths.Because my husband was with me he got his too with no appointment

Sounds like you were lucky. I am from Cambridge and our local surgeries don't seem to offer boosters at all. I did however received the NHS text a couple of weeks ago and have managed to book in at one of the drop in centres for next Wednesday. It was announced on the BBC news on Monday, that those eligible, would be able to walk in to the vaccine centres and ask for one, but I tried on Tuesday and was told that wasn't possible for boosters. I imagine though that the centres were given little, if no, notice regarding Monday's announcement and it would be very hard for them to accommodate drop-ins as well as their pre booked patients.

My sister has just had her booster at a walk in centre locally.She should of been offered hers at same time as me but as she hadn’t heard and was few weeks away from being able to book in online she chose that way instead.She has to look after her two grandsons in few weeks so needed to feel safer as they are constantly being sent home.Hope you manage to get yours soon

Completed but still trying to get some confirmation about 3rd primary dose as on Humira. By the time I get anywhere I'll have been offered the booster which is OK as long as it's not Moderna's half dose from what I've read. Really frustrated.

A group of charities and patient groups including NRAS is supporting a rapid survey aimed at all...

Hi everyone I got the \\\"Oxford, AstraZeneca vaccine\\\" on Friday, Saturday I felt a bit...

twice and I think I'm around 4th in line for the vaccine. But I seem to remember reading that if...

their second COVID-19 vaccine earlier i.e. at 8 weeks. Admitting, I was late with my first dose...

was the Roche one.

Off topic: 12 Days of Christmas- Day3

My husband had a stroke but is doing very well