Methotrexate not working?: How long until you say... - NRAS

How long until you say methotrexate for rheumatoid arthritis is not working?

I have been on 15mg since early December and my feet still hurt. Is there a chance it could finally kick in or is it just not working? 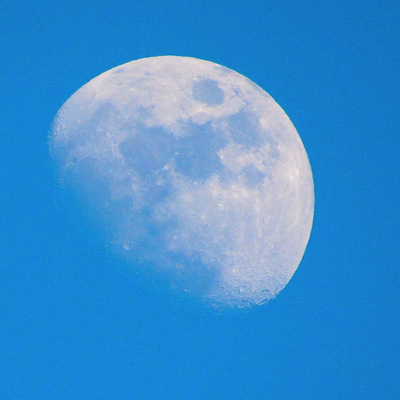 Fenella34
To view profiles and participate in discussions please or .
Read more about...
22 Replies
•

Welcome to the gang!

I would have thought that you should be seeing some improvements by now. 🤔

Have you got a follow up appointment soon? If not, I would contact your team and let them know what's going on. Mine are very quick to respond and have tweaked my medication regularly, even when I haven't been on a particular dose for the recommended 12 weeks. 😊

I have an appointment next month. Just feel really down as it seems to work so well for everyone else. Really worried I will be put on injections

Boxerlady in reply to Fenella34

Why are you worried about that? 🤔I'm on the injections and they're fine.

You can have higher doses in tablet form but more gets into your system with the injections so they can be more effective.

Methotrexate isn't always enough for everyone (or actually suits them at all) although it's tempting to imagine that you're the only one it's not working for! There's the option of adding other DMARDS too; I'm currently on triple therapy - Methotrexate, Hydroxychloroquine and Sulfasalazine and I'm doing well.

Scared that it will hurt. Don't like the idea of injecting myself either.Thanks, will see what my RA nurse says

Boxerlady in reply to Fenella34

It's painless 😉It's not an injection as you might imagine it - it's a pre-loaded "pen" which you hold against your thigh or stomach (I use alternate thighs) and "click".

Can you ring your nurse or do you need to wait until the appointment?

If you do change over to injections, it can take a while to organise so it might be worth speaking to her as soon as you can.

Thanks, that is reassuring to read. I will definitely bring this up with her

Neonkittie17 in reply to Fenella34

Great advice from Boxerlady and from my experience the injections and clickpens don’t hurt. I didn’t feel nauseous either once I switched from tablets. Good luck with your appointment. x

Bootoo in reply to Fenella34

Trust me it does not hurt. I am the biggest coward when it comes to needles, I put off my blood tests for as long as I can but I don't even think about my mtx injections. Pull cap off push click done 👍 Honestly there is nothing to be scared of.

Brushwork in reply to Fenella34

I too was really scared of injecting myself, really needle phobic. However, it is a simple pen like device and it is painless. Once you have done the first one, it is easy going... Honestly, I would say if it were not.

It did not do anything for me apart from adverse side effects and after 14weeks my consultant said you have given it a good try so let’s move on. Not one size fits all so yes mention it and push for another drug. Took me 2 years. 🤞

It can take a while for pain to stop even when inflammation has been controlled, or it could have already caused damage to your feet which is causing the pain and which won’t be helped by DMARDs.

Have your blood markers improved? And have other joints affected improved? As it could well be working, but just not enough!

I started on MTX and it helped, but not enough, so sulphasalazine and hydroxychloroquine were added in. Which did work!

I did also move onto injections, which I was totally terrified by as I am needle phobic 😱. But it was fine in the end..and it worked better, so never say never!

Fenella34 in reply to helixhelix

Thank you.My bloods are always perfect. Only thing that came up in my blood was a super high anti ccp reading (525) . My esr went from 2 to 5 but I don't think that means much.

Thanks for the reassurance. Hopefully if I do go on injections I will find them as straightforward as you have

FEET!! The bane of my life .. it’s hard this disease it takes so long for meds to work or not . 15mg is only a maintenance dose ( so my rheumatologist says) and very often single therapy isn’t enough. Often a cocktail of drugs required. If your suffering do tell your clinical team they can help. Good communication with your team should lead to better care .

Yes I did hear it was a low dose. Might be a case of pushing it up and seeing if that makes a difference x

If the rest of the aches have gone then it might be worth thinking that its not the MTX not working but something else going on with the feet. I had Morton's Neuromas which really hurt. Easy to resolve but no amount of MTX will help. I don't know much about MTX as it did not agree with me but LEF took about 12-14 weeks to work, AZA about the same and Benepali some weeks too,

I would urge you to speak to your Rheumy nurse, sometimes it doesn't work and sometimes it works a bit but not enough... it may need some adjustment.If you are having regular flares i.e. swelling, heat and pain in any of your joints, it is a clear indicator of your RA not being controlled.

It could be you need a larger dose. Methotrexate worked for me when I got put up to 20mg. I spoke the the specialist nurse on the phone and she increased my dose.

I was diagnosed 3 years ago. Started on 7.5 methotrexate with no improvement so increased to 15 then 20. It started to help after 2 months but not sufficiently enough so I switched to 20m pen injections which made a bigger improvement and also added in hydroxychloroquin tablets. 9 months ago we agreed that there was still more room for improvement because I was still relying on regular steroid injections to function normally, so it was suggested I also start Amegevita (biologic) pen injections which have been a game changer for me and are working really well. So I’m now on a triple therapy. It’s not a quick process but when you find the right combination it can make a huge difference so hang on in there and try to be open minded about injections. As others have said here, it a quick click and prick (oooerrr😬) and not really an injection at all. Good luck.

I have been on methotrexate for well over 10 years. I remember at the beginning it was not doing the job like yours. They increased the dose up to 25mg a week and the result was magic. At the higher level it worked and has done since.

Hey, I was prescribed Methrotrexate in September last year. I was taking 6x5mg tablets once a week. My experience of this drug saw me being sick almost daily, loosing 28 pounds in weight and feeling absolutely no improvement after just over 6 months ( in fact I was beginning to think it was speeding up the condition) so the specialist advised me to stop taking them. I haven't taken them for 6 weeks now and am just getting over the constant nauseous feeling but I guess it takes a while to get the toxins from the medication out of your system? My feeling is that if you don't feel that the medication is improving your condition it is time to review it - methrotrexate is extremely toxic so its not worth stressing your liver, kidney and lungs if it doesn't work! ☺️

I have been tried with it twice, on both occasions after the 12 weeks it had had no effect. My wife and a sister in law have been taking it for years with no side effects and wonderful results.

I was wondering if you'd made any progress, either on methotrexate, or another drug?

I'm in the same situation you were when you posted that methotrexate wasn't working.

I've been on it over two months so still need to give it more time. But at the moment my symptoms have just got worse since I started on it.

I'd be interested to know if you've made any progress.

anyone on biologics. Do you still take methotrexate alongside? I haven’t been on this site for...

if I have not taken them. I have been on it for 2 and half years now so I'm wondering if it's just...

RA and methotrexate, work and benefits

Morning All, I’m 38 and have been on methotrexate for just over a year and it has worked wonders...

Methotrexate and working in school

who works in a school whilst taking methotrexate to maybe give me an idea of how it works and how...