How long have vaccine side effects lasted?: How long... - NRAS

How long have folks suffered from 2nd covid jab side effects? I had my 2nd Pfizer vaccine on Wednesday and it seems to have triggered a flare of RA, but for the first 48hours I felt like I had been flattened by a steam roller. I tried a 20 minute dog walk today which left me needing a nap under a blanket. My 91 year old mum was vaccinated at the same time, she felt slightly nauseous for about 24 hours then bounced straight back.

The doc warned me that 2nd dose side effects were often worse, he wasn't wrong!!!!! Having said that, I would do it again for the protection it offers. I heard a doc on tv talking about some research in America suggesting side effects were worse in people with auto immune diseases. 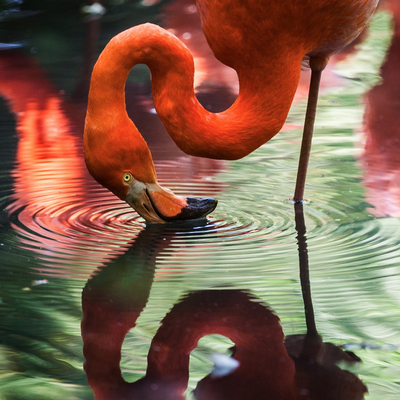 rounder
To view profiles and participate in discussions please or .
Read more about...
35 Replies
•

So far some pains and a large area of discomfort - tingling and throbbing in the upper arm since this the second Pfizer this lunchtime. More than just the injection puncture feeling tender. Back of my hand flashing too. (It’s what people are calling Covid Arm, I believe.) Similar to what happened first time for me but this is more noticeable. Last time it made a short lived flare in my two worst joints and I was thinking this could to be difficult, then it disappeared after a day.

If I’m honest I would not say if the side effects were awful until time after people had had theirs as I wouldn’t want to discourage anyone. They could be perfectly fine. As it is at the mo it’s not too bad at all. I think we are all so different it’s hard to tell how you will react. It does what it does and once we’ve had the vaccine we have to watch and ensure no adverse reactions that require medical attention, but hopefully chills and nausea, aches, pains and fatigue will go soon after. 🙏🏻 Main thing is we are protected and have done it. Hope you’re back on track soon. 🤞🏻

allanah in reply to Neonkittie17

Glad you get yours today 😍

Thank you 💗 Allanah. Give your GP practice manager a call Monday. I am sure you’re eligible to go sooner. xx

allanah in reply to Neonkittie17

Havent had my second one but I just feel however bad it might feel it canf be as bad as being in itu from covid . The most I've heard is a week of feeling I'll and dobt forget coincidences can happen say the stress of getting the jab, for some folks , could cause a flare.

Maybe people with AI disease generally over react to viruses or bugs anyway?

I agree with you. 💗 Don’t be put off by what others have experienced, as you’re not the same. I read the vaccine can cause an inflammatory response in some people so that makes sense if could cause some small flares in RA patients and made sense also re my knee and shoulder flashing flares first time. It went after a day so not a problem.

I felt frazzled from the thought of going/or actually going and knowing Saturday lunchtime was likely to be busy and it wasn’t too bad and fast and efficient. I didn’t even get to sit down this time! .Two senior gents were annoying and disrespectful not wanting to wear their masks and one walking around with his nose out and not staying within the distanced marked squares (😖👎🏻) Not next to me but very obvious to everyone else who looked over at them. When one passed closer I said to him quite loudly from behind my mask with two filters in it and a thick wool scarf round my nose and mouth .. Your mask over your nose would be a better idea! 🤨 A couple of senior couples a going up to another two couples they obviously knew in the waiting area after and chatting close to them?? Not on. They got glared at so left. I sat my 15 minutes right next to one side of the open fire doors/exit with a howling wind coming in.

rounder in reply to allanah

I think you're probably right. I certainly wouldn't want to discourage anyone, and the benefits far outweigh the after effects.

allanah in reply to rounder

I had my second AZ jab today. After about 4 hours I started to feel very cold and tired. So I went to bed with a hot water bottle and had a nap. Now I’m feeling fine.

I had heard that the second dose of Pfizer was often accompanied by worse side effects than the first but with the AZ it was the other way round for me.

But I was happy to go through it and encourage everyone to have whichever vaccine they’re offered.

💗⭐️👏🏻 Well done, Lola. I felt like I was ready for bed three hours later at 3pm and shivery too. Resisted but ready now to sleep. My arm twinging and throbbing is the most obvious. Hope you didn’t have to tell anyone off! (See my post 😝x)

The fact that the scientists got the vaccines together so quickly is amazing, and reading about how efficiently the vaccination programme is running here compared to other places makes me realise how lucky we are. I have my flu jab every year and never get side effects so this rather took me by surprise.

allanah in reply to rounder

Weirdly I'm always ill after my flu jab, every year I swear never again, then I think sensibly lol

RAexperiences in reply to rounder

rounder in reply to RAexperiences

It's worrying isn't it, I hope you get yours soon. I had a real boost when I got my vaccinations, it felt like a step into something more positive.

I think people are getting too hung up on side effects. I had a bad reaction but I am alive. I would have any number of side effects to get the protection from this dreaded, killer virus. I am encouraging everyone to take the vaccines, both doses. This is the only sure way of protection. I would also suggest not reading any more scare stories. There are a lot of people out there who, for one reason or another, get their kicks from frightening people. All the best to you. x

Agree 👏🏼👏🏼 And it’s mean scaring others. Don’t know why anyone would want to do that.

Me too. I think most of us expected to feel something and accepted that. I am sorry for those who have had severe reactions. I said also a couple of days ago when a lady was scared, that some people could drop by here before their vaccine and be really worried. Maybe think twice. The sore arm .. I expected it to feel a little ouch and it will be back to normal in a couple of days and I’ve had worse having other procedures. I’d be sad if people saw detailed reports of adverse vaccine side effects and thought ... no vaccine for me then. Some people have been trying to point out they happen and they go quickly, and that’s meant to encourage which is the majority of people here, but before my first vaccine I decided not to look on here for a couple of weeks in case it made me feel (unusually) anxious re reports of severe vaccine side effects. Glad you are feeling improved now. x

I had the opposite effect. The second dose (Pfizer) just gave me a sore arm for a few days but nothing else. I think the flare that I had after the first dose was just a co-incidence.

Sheila_G in reply to oldtimer

I think that might have been the case with me too.

I thought I was dying after the first jab but think it was because the RA meds were stopped as I was on antibiotics. This time I'm going to keep taking the RA meds and just be grateful its not the real disease. I think what made it worse was people being told not many side effects but in reality as the A&E doctor said a fair number were being seen with really painful chest pain and were generally very unwell. It simply was not expected. So next time instead of thinking only minor effects and try to get back to normal and making things worse if I get them again I'm going to bed for a few days and just eat toast. lol

rounder in reply to medway-lady

Sorry you had such nasty side effects, hope you're completely recovered. I do think we need to try to give ourselves time to recover, I am the world's worst at shoving down some pain killers and plodding on.

medway-lady in reply to rounder

Same here, "I'll be alright is my usual saying" but I wasn't the pain was so bad 111 sent an ambulance and they said hospital. I'm fine now but just wish I'd been warned the side effects can be serious and very nasty.

rounder in reply to Mish-da

That's interesting, I will remember the water advice if we need boosters in the winter. Isn't it off how we have such varying responses.

I do that every day as have CKD and it does help keep the UTI's at bay.

Good info. Exactly what my doctor told me a few days before my second Moderna vaccine. Plenty of fluids but don’t take paracetamol before vaccine, only after if you feel you need it.Was a little achy and lethargic for a day but better than the alternative.

I had mind Got severe headaches, fever ,and sore and swollen arm

rounder in reply to Ajay575

Thankfully this morning I feel more human, joints are still singing but the site arm and crushing fatigue have faded.

Ajay575 in reply to rounder

Thats good hopefully eases right off for you

Take a couple of paracetamol before you go

Have your meds starting working again, I mean gone back to normal yet? What I mean is has med cleared the flare now?

OH no! I had the Pfizer too... not looking forward to the second one now! 😂

Ah well, whatever. It is not like there is much choice really COVID vs Side effects.

rounder in reply to Brushwork

Well if you didn't have side effects first time hopefully you will be fine. I really didn't intend to put people off😶 it was more a plea for reassurance! On the positive side everything seems to have settled down again now and I feel a bit more confident about being outside........I fear it will take a long time to work up the courage to be around strangers.

How long will infusion side effects last?

have experience or knowledge please of how long side effects from a 4 weekly infusion might last...

AZ vaccine side-effects - should I have it?

about long-lasting and debilitating side-effects of the AZ vaccine on this forum My French GP rang...

Pneumococcal vaccination - when and whether to have it - side effects?

this irresponsible? And does it give side effects similar to flu jab? Has everyone here on MTX been...
•
21 Replies

first AZ shot on Thursday lunchtime and had no side effects at all until the evening when I started...

hydroxychloroquine: how long to take effect?