Alcohol and RA at Christmas : I wondered if anyone else... - NRAS

I wondered if anyone else was feeling like me about RA and the fact that we are told not to drink while taking Methotrexate, especially at this time of year?

It’s always a struggle at Christmas because in the UK so many social events revolve around having a drink. I made the decision to not drink at all and other people are always so nosy about it. So I was very pleased to read this thread on Twitter today started by the actor Stephen McGann - it basically says lots of people don’t drink alcohol for many different reasons (including medication like us) and so other people should accept it and not keep trying to make us have a drink! 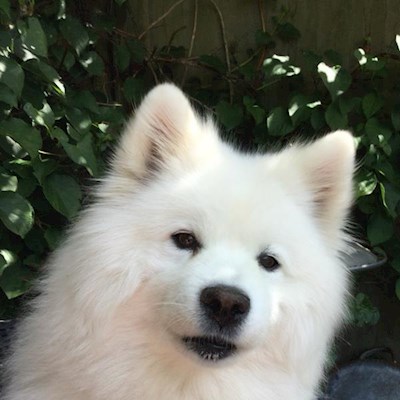 Julia311
To view profiles and participate in discussions please or .
Read more about...
17 Replies
•

I still have the occasional drink. There seems to be mixed messages about it though for people on mtx. All I can say it’s never affected me. I think the general consensus is, as long as you don’t over do it, it’s ok.

AgedCrone in reply to dtech

When I was on Mtx my Rheumy said a glass of wine was OK,as long as my liver tests were OK, & I didn't drink the whole bottle !

Oddly enough since being on RTX, I feel fine but don't seem to fancy alcohol.

Except for having the occasional social drink, my regular drinking days ended around 8 years ago. Not because of health reasons or due to the meds I was taking back then, I simply stopped enjoying the effect, or to put it another way..the fun went out of it. Prior to stopping, though not a heavy drinker I probably drank more than I should have, including throughout the previous 8 years (I've had RA for 16 years) when I was taking methotrexate. Not that I'm suggesting for a second that it's ok for people hit the the bottle regardless as it can no doubt be very risky for some of us, but mixing alcohol and methotrexate never seemed to adversely effect me in any way, including my liver markers, which were steady as she goes throughout the 8 years. Not sure I can say the same about my legs though!

Julia, I stopped drinking over twenty years ago. I’m just extra sensitive to drugs and alcohol and I think the ra made it worse. I got bad hangovers with just one or two glasses of wine. I think my liver was just saying no thank you ! So I just stopped, it wasn’t worth it. I’m lucky that all of my friends understand , and I don’t even think about it any more . I totally agree with Stephen McGann , it is a personal choice and should be respected. Have a happy holiday season, I’m on the tonic water without the gin 😂

Shalf in reply to Stars27

That's a good drink because no one would ever know! Unless ( like me) you trip over nothing! Haha

Stars27 in reply to Shalf

Shalf in reply to Stars27

There you go then! A wee bit fresh lime in your tonic and you can have the last laugh LOL X

It is individual, and some people may be more sensitive than others. However the more recent view is that it's ok to drink moderately once you are settled on MTX.

Here's the link to the NRAS guidance. nras.org.uk/moderate-alcoho...

I didn't drink at all for the first few months on MTX, to give it a chance to work & my body to adapt. Since then I've been more relaxed, and my blood test results have been fine. So I tend to have a drink a couple of nights a week with my dinner.

At the start of RA & MTX one year ago I just stopped all alcohol. Did not miss it and substituted soft drinks such as Lemon Lime and Bitters. At the few social occasions, if you have a happy face nobody cares much. Recently bought some 100% alcohol free german made beer. The taste was great but I think it affects some pre-gout symptoms in my feet. I will try some non alcohol wine soon - maybe a minute benefit in a glass of red. Alcohol free beer and wines once awful now they taste great. I read that there is a growing number of alcohol abstainers, so we are not alone. A merry christmas is possible without alcohol. (LOL)

I occasionally have half a glass of wine or the weakest gin and bitter lemon 10mls that's it. My body just can't tolerate alcohol anymore and to be honest I don't enjoy it or even fancy it anymore.

When I took methotrexate it was not a question of being told not to drink, a tiny amount of alcohol gave me an immediate hangover. So drinking wasnt much of an option anyway. If you can have a drink without this effect then you must be tolerating Methotrexate better than I did.

Most people are almost certainly fine on that otherwise I can’t imagine that would be the official advice. Certainly my rheumatologist and gastroenterologist seemed completely unbothered (not sure if that’s a word!) by the prospect of me drinking.

Have a good Christmas

Hi Julia I stopped drinking as soon as I started medication I just thought to myself the medication can distroy the liver so why make easier with with alcohol, gosh sometimes I miss a glass of wine when you have a meal but I know it would be hard to have just one glass but I must say I feel much better without when you have a night out and watch everyone else and I think I don't fancy your head in the morning I have not given in yet even on holiday also I will drink out if a wine glass so People think it is wine

With me a tiny amount in the evening keeps me awake all night! I’d like to be able to be sociable and enjoy a glass of Prosecco but my system won’t let me! So I don’t drink alcohol anymore even though the medics say we can.

In my post I was referring to the whole social thing whereby especially at this time of year everyone expects you to drink alcohol and asks you lots of questions if you say ‘I don’t drink’. It would be great if it was more accepted that some people don’t drink for lots of reasons.

Hi. Everyone should definitely do as they or their body wants.. And I was told not to drink when I was put on mtx, but that was back in 93 and I was only 22.

... But I think I kinda 'forgot' that. Lol.. But was reminded when I went into hospital for my first op, a few Yrs later!

I must admit I do get quite sickly, if I overdo it.. But I do drink quite regularly (😉), and I'm still on mtx (with rtx) Yrs and Yrs! later.. And my liver tests have been fine.. For nearly 3 decades (scary!)

Am not saying 'to' drink.. But I think for me, trying to have a normal life not denying myself has helped me cope..

So am just adding in a different view point. 😊

When I first started taking methotrexate many years back alcohol was a definite no. I was abstinent for several years. In the early days of methotrexate use for RA, folk underwent liver biopsies to ensure no liver damage . Thankfully things have moved on with the accumulated knowledge of long term use of the drug. I now drink within NHS guidelines without any ill effect. Everyone’s liver is different some are more susceptible, if you have adverse effects do not drink, if you drink be sensible about it.

It doesn’t help that wine glass sizes and the amount of alcohol in a measure of wine or beer has increased dramatically making it harder to work out actual alcohol consumption.

Don’t be pressurised to drink. It is becoming more usual to find alternatives to alcohol at social occasions. In Scotland drink driving laws are tighter and some really good non alcoholic beers have been developed. I haven’t found a really good wine alternative. Let me know if you have found one.

covid test negative now flaring just in time for Christmas . I thought things were on the up. I’ve...

Hello everyone. Is it just me or does having RA remove your Christmas mood?

I am so tired and moody. Haven't written any Christmas cards or even thought of putting the tree up.

consumption of alcohol, I am currently taking 20mg MTX weekly,hydroxy and naprosyn daily. I would...

birthday we are having a take away and a few alcoholic drinks will I be okay to have a couple of...

its coming up to Christmas and I have lots of events planned that will involve alcohol im not a...

Third vaccine as on Methatrexate

Off topic -Flare we go again!