CRAMP!: Do any of you experience severe cramp? I am... - NRAS 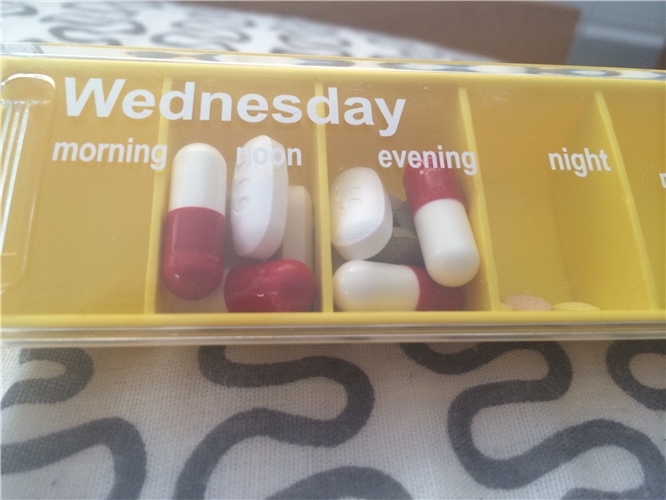 Do any of you experience severe cramp?

I am experiencing severe cramps in my legs at night. It's not just cramp in the calf where you can stretch and it goes after a short while. This is major severe cramp which is affecting ALL my leg and foot muscles. I am getting cramp in muscles I didn't know I had!

I'm exhausted in the morning, having been up numerous times during the night. No amount of stretching works because that just cramps up the opposing muscle. The worse cramp is the one that starts in my big toe and runs along the top of my foot and up my shin.

The upside is that my legs are now solid muscle!

I have tried tonic water and also corks under the mattress to no effect! I'm now looking at potassium and magnesium rich foods, drinking more water, etc.

I have RA, osteoarthritis of the spine (and various other bits) and fibromyalgia. I've done lots of internet browsing and it could be one of the symptoms of the fibro or even a side effect of the depo-med injection I had recently.

Any fellow Happy Crampers out there? 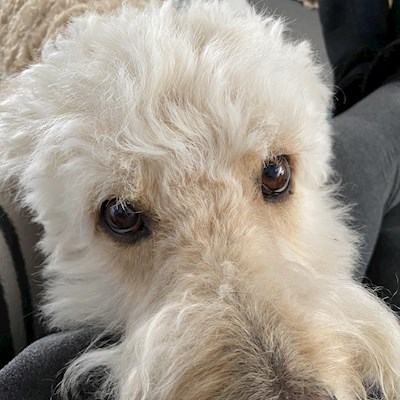 Blackwitch
To view profiles and participate in discussions please or .
Read more about...
19 Replies
•

Hi,yes I used to get unbelievable cramp. It used to happen during the day to. It got so bad that I could only wear flip-flops or ugg boots. I was out shopping one winters day when I got it in both legs & feet,I had to turf some larger drinking pot smoking hoodies off a bench so as I could sit down,which they did & were very concerned about me. I had to walk back to the car in bare feet, not good!

Anyway since I've been taking hydroxy the cramps have stopped. I did in my wisdom, I somehow thought I knew better than the very clever consultant , decied that I didn't have RA at all & stopped taking the meds, within a few days the cramps came back with vengeance. I learnt my lesson. Nothing else that I've tried helps,it also was a big problem with driving,not good on a motorway. Hope this helps.

Blackwitch in reply to Caza

Hello Caza. I'm just the same - sheepskin boots in winter, Fitflops in summer, although I think I've got the Fitflops on too early and I keep getting cramp in my feet (as we speak). I'm presently on a break from Methotrexate to see what happens. It was making me really sick & Hydroxy caused severe itching so I can't take that again. Sulphasalazine sky rocketed my ALT and I was told that Leflulamide(?) could not be prescribed due to high BP. I just wish someone would understand how, together with all the other diagnoses, cramp is really debilitating! It's comparable pain to childbirth, albeit not quite so drawn out! I was amused by your story and can think of various awkward positions I've found myself in, usually car related.

Yes! I get awful cramp just as you describe. Keeping my legs/feet warm is the most effective solution I've come up with, so I have a very small heated blanket for under my legs and a fleece blanket for over my legs (under the duvet) and it works brilliantly. I don't always need the heated blanket on, the fleece is sometimes enough.

I had to find something to help, my hands can't massage it out any longer so prevention is much better than dealing with the cramp. However I have found that if the cramp starts, applying warmth and then keeping warm is very effective.

tansy-ann8 in reply to Sailaway

I agree with you, the warmth does help but it's a double edged sword because it then makes my shins itch unmercifully. It's a really fine balance to get it right.

Yes Sailaway, I agree that warmth is great until you start having hot flushes! Then all you want to do is kick the duvet off (which gives you cramp) or tear off your clothes (hopefully you're somewhere you can) but I do agree. What meds are you taking?

Sailaway in reply to Blackwitch

I'm currently on abatacept and small dose of methotrexate, but cramp has been a problem whichever drug (or none) I've been on. I know what you mean about hot flushes! But that's where the fleece under the duvet is perfect, I keep that on my feet so they aren't in the cold air while the rest of me is. I've got it down to a fine art!

Hi Cathie. Yes I've done quinine and cider vinegar (with the Mother) with Manuka honey. I've even tried upping my Amitriptyline in the hope that I would sleep more. I was just like a zombie with cramp the next day!

I too get severe cramp. On the relatively rare occasions when I've drunk too much (invariably red wine) the cramp has been even worse i.e. all night long. My first thought was that alcohol or something else in red wine was to blame. Then someone suggested that as alcohol is dehydrating, some level of dehydration might be to blame on all occasions. I was sceptical as I drink a lot of water but drinking that bit more, regularly through the day rather than in one go, does seem to help considerably.

I have had my sodium, calcium, magnesium and pottassium levels tested and they are fine. But while I'm no chemist I think these elements can be out of whack when dehydration occurs.

I had exactly the same-my second toe used to rise upwards during the night and the pain was horrific. I'd yell out and wake the whole house up!!

It's because you are relaxing the muscles. Try to sit when possible during the day. Or ask your doctor for muscle relaxants (diazepam) to help.

Hope it leaves you soon..

I used to get the most severe leg cramps from early evening onwards. What with those and the restless legs even the amitriptyline didn't work. I was desperate because I was only getting short bursts of sleep between the cramp, the restless legs and the joint pain. In the end I went to my GP and he saw how tired I looked and prescribed quinine. After a few days the cramp stopped and I've only had the odd one since. I would recommend anyone with bad leg cramps to see if their dr will prescribe.

Yes I suffer from severe cramps every night. I must stress I do not suffer from RA or related problems as far as I am aware, I say that because I do get all sorts of back pain but I have just dismissed it as age related. The cramps are awful, as you say starts from the toes then up the leg, but mine is calf. Just lately though it has progressed to my ham strings GP has given me quinine (I know - and no, I don't have malaria??!! well you have to try and laugh sometimes.) I haven't taken it yet as I have so many meds for asthma and IBS I just don't want to add to them. It does worry me though so if you find any cure let me know 'cos I'm a 'fellow cramper'.

I get the cramps when my magnesium levels get very low. The under foot cramps are the worst as I have to stand for several minutes to get rid of them. I had really bad cramp in the lower calf right leg a couple of nights ago and it's still sore. I restarted taking Magnesium supplements that I find very helpful.

I read a scientific paper on the effect PPIs (Protein Pump Inhibitor) have on mineral and vitamin absorption. The body needs needs acid in the stomach to absorb Magnesium. I'd been on a PPI for over a year (put on it as a precaution as I was on Prednisolone ) and I struggled to keep my calcium levels up, taking Adcal twice a day. Since talking to my GP I stopped the PPI and the calcium level has improved so I only take Adcal once a day now and hope to stop it and get calcium from diet alone.

My friend soaks in bath with magnesium salts 2 or 3 times a week (she has somebody to help her in and out). She buys it buys it by the bucket from the internet. It has really helped her.

Thanks Chatham! The PPI effect is well worth more investigation. It may be a common denominator I hadn't even considered. Now I may have to decide cramp v stomach ulcer?! It's a difficult choice! When you think about it, we're either very brave or very stupid putting our health in the hands of these giant drug companies (via our Rheumatologists, of course).

I too suffer evil cramps, from my gp I have 300mg quinine. sulphate I take it at night. Cramp up the shins I understand the pain that causes. I hope you get some real relief soon.

I too suffered awful leg cramps.

I didn't mention it to the rheumatologist as compared to the arthritis it was bearable.

Then a couple of months ago I had a routine blood test which showed I was low in potassium.

I deleoped muscle cramps in my right leg. Prior to taking the med I was fine. I did not have rhematoid arthritis however my Rheumatologist suggested that it may stop my pain. I cant understand why I am in so much pain now. I want to stop takening meds for Rhematoid however I dont want the pain to increase.

I was amazed to see this as my original post was 5 years ago! Yes, my cramps were really bad. I was in hospital over 1915/16 (just a few days following an emergency op). One day a Scandinavian doctor came to see me just as I was having really bad cramps in my legs & feet. She asked me how long I’d been having them & was horrified that nobody had recommended Calcium, Magnesium & Zinc supplements. She just said I should get big pots from Holland & Barrett’s (other stockists are available & it might be best to consult your GP first). They really helped & I still take them. I do occasionally get cramp but not every day at any time! I don’t take co-codamol or Omeprazole (PPI) at all now.

but now having the most horrible cramps at night, mainly feet, & calf, also hands during the day...

stopping his steroids, but is getting terrible leg and foot cramps. Is this a symptom of stopping...

I am suffering more with cramps in my arms , legs and stomach, i wonder if anyone else has this...

I'm back to getting what I can only describe as cramps in my fingers and toes. They will suddenly...