I went for an early pregnancy scan to make sure everything was ok and for reassurance but came out feeling worse than ever.

All they could see was the gestational sac and yolk sac. She told me everything is fine.

But then told me to retake a pregnancy test in two weeks and when positive to book in for another scan. Has anyone had this happen to them before and gone on to have a healthy baby

Should I be concerned?? 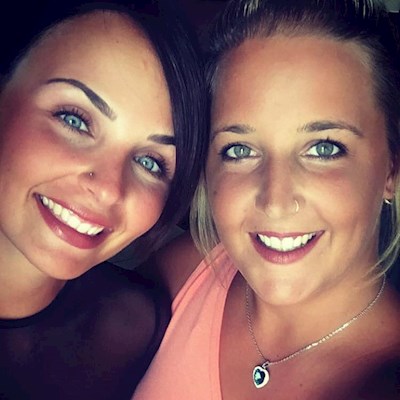 BabyOleg
To view profiles and participate in discussions please or .
Read more about...
10 Replies
•

I don’t think there’s any specific reason to think you’re going to miscarry at this point.Given there is roughly a 2 week difference between your dates and the scan dates it’s impossible to tell if there’s miscalculation or if there is potentially a problem with the development of the baby.

Unfortunately only time will tell which is really difficult to deal with.

In the grand scheme of things it doesn’t really matter if you take a test or not.

Fingers crossed the dates are out and when you go back all will be well and you’ll see a heart beat.

Certainly at 5 weeks you wouldn’t expect to see a heart beat, it’s too early. So assuming you are only 5 weeks what they have seen is normal.

If they've calculated that your 5 weeks+5 you're only just over a week out from your dates, you may have ovulated later than you thought or conception happened later in your cycle. It happens quite often that people's dates are a bit out and the reassurance scan does anything but offer reassurance because they're earlier than they think and not much can been seen, which just leads to more anxiety.

If you have had an early miscarriage, then your HCG rate will start to fall so you would start to have negative tests after a while, which is probably why they've told you to retest before you book another scan. If your tests started to come back negative, you'd probably experience other signs too like bleeding and period type pains, so if you're not having any other signs of problems, all you can really do is wait it out and hopefully at your next scan all is well, good luck xx

Yes same happened to me on Tuesday. I felt worse than not having it and made me google all sorts. My app said I was 6 weeks 1 day, the sonographer said it was much earlier than that, gave me reassurance that it was what she expected to see at 5 weeks. Apparently if you have a longer cycle this happens, mine is 31 days. She rebooked another scan free of charge on the 17th, then there will be something to look at. It doesn't help that the NHS midwives only contact you at the 8- 10 week marker, when you're new to it you feel pretty alone and worried!

Where did you go for your scan? I got told I have to repay for another scan. Did they see anything on your scan? Xx

Ultrasound direct.com they have branches all over x

And they saw the sac and told me I ovulated from my left ovary by measuring their sizes. Also showed me some fibroids.

Hi, hopefully baby will be fine. I have gone through the same situation but I won’t tell in details as it might disappoint you. Best thing will be to ask your doctor to give you lab test for HCH level blood test that has to be twice a week and HCG level should double up. You can carry on doing it until you reach week 12. As this is early stage scan doesn’t help up. Keep an eye on spotting if any and don’t stress

This happened to me, I went for an early scan thinking I was about 8 weeks but was estimated at 6 weeks - by the time I’d gone to my 12 week scan, I was measuring normally (sometimes with early scans they’re had to get proper measurements bcos they’re so small) for mine they could only see the sack and yolk, there was a flickering heartbeat but couldn’t hear it as too early - I now have a happy, healthy 15 month old little boy☺️ If you feel fine and you feel well in yourself, try not to worry💙

So everything is looking up I guess, but I do have one last whinge: they dated me 13+4, when I...

I have a early scan on Saturday 2 months ago I miscarried, I had a bled 2 weeks ago first bright red

for early scans- one at 7 weeks and one at 9 weeks. I'm terrified of pregnancy scans. I was told at...

Had my dating scan today and sadly discovered the sac and yolk sac but no baby.

the yolk sac. They measured this and discovered the baby had stopped developing as they told me at...

internal scans for early pregnancy? I just want to check everything is going okay with the baby...