Resistance to therapy: I have been... - Melanoma Caregivers

I have been driving myself bonkers looking up the resistance people with melanoma build up that ends up ultimately ending their journey with either an immunotherapy or targeted therapy because of certain proteins. Has anyone done any research on this too? If so, I’d love to hear any findings. I’ve seen a few drugs that they are attempting to use to combat the resistance. And I would like to present this to onco. I saw a clinical trial that is active, but not recruiting. Encore-601.

Any input at all! 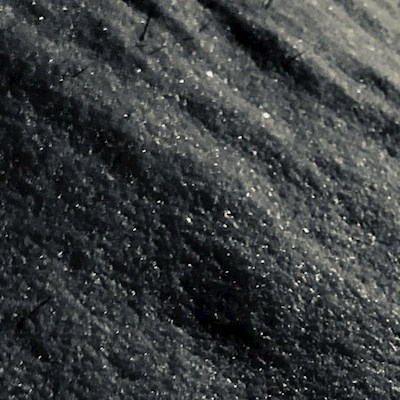 kellyOd
To view profiles and participate in discussions please or .
Read more about...
12 Replies
•

This may be a good idea to ask MRF or the MRA or NIH clinical trial lookup assistance groups. MRA has an automated system while the MRF navigator was a person we corresponded with

These are my support suggestions.

I have done those things, I had an agent guide me through and send me possible clinical trials that may work for him. Which was nice. They called NIH I believe and asked about the TIL for him. Still something to consider as well. All is so much information. He sees his Onco on Wednesday so I’m kind of happy so we can bounce all these things around again. So stressful

Kelly, I have to do this research too for my mother who is on targeted meds but has new mets coming and going here and there and we don’t know yet if the tide will turn and I have to be ready with options.

One thing I read about is dose interruption (perhaps while on another treatment even one that failed before) and then rechallenging. But her Onc doesn’t think that checks out (I didn’t show the research I found and can only assume oncos read these studies differently.).

Maybe we can help each other with the research/calls?

Has Ryan become resisted to targeted meds or didn’t respond?

Positive wishes for his swelling to go down fast!

I would love to bounce things off each other! That’s interesting that things are disappearing and reappearing? Ryan stopped targeted meds the first time because it eradicated his cancer as a whole. I mean wide spread everywhere, it disappeared. Then we discontinued to put it in our back pockets if immunotherapy didn’t work. 2 doses of ipi/Nivo gave him medicine induced hepatitis; then after letting his body settle on no treatment, he had a new met in his stomach. We brought back the targeted therapy, and it didn’t work this time. It was wild.

Melanoma cells do become resistant to some medications which is what I’m currently researching. I don’t know if discontinuing for a period, then re introducing would work if it already built up that block.

I am sorry you and Ryan are going through all this. With your determination I know you will find the right treatment for Ryan.

I do have a question. Mark was on the Taf/Mek and they stopped it as well when the immunotherapy kicked in. They also told us we would have it in our back pocket to re introduce later since he didn’t build a resistance to it, so now reading that when they reintroduced it to Ryan it did not work? Did they explain why? That’s concerning since we both thought we had it in our back pockets for our both our men. Did they reintroduce the Opdivo or Keytruda and did it stop working as well? Mark also had to stop the Opdivo because it was attacking his stomach, but we were told when things re-appear we can try reintroducing 1 or both therapies. Now I am wondering if this is really the case.

Prayers for you both🙏🏻

I am working on finding options for sure. Of course I don’t have an MD or any special letters after my name but I do my absolute best to read legitimate medical journals and reliable articles and such. And listening to you beautiful people

Yes when we reintroduced the Taf/Mek it did not take care of the existing lesions in his stomach like I thought it would. Really it didn’t do anything at all, which was disheartening. I thought it would zap them out just like it did the first time. The immunotherapy didn’t NOT work. He stopped immunotherapy because it rose his ALT and AST levels so high. We stopped that, let his levels go down, and that’s when we reintroduced the Taf/Mek. Stayed on Taf/Mek until we decided on chemo. He stopped the Mekinist first, because we didn’t want a flare up. Then a week or two later stopped the Taf. The next day we did chemo. That’s why I’m trying to figure out how the resistance works. The Taf Mek was a life saver to Ryan. I wanted it to keep working. So I have really been doing a lot of research as to why this happened :/

Thanks for the reply. I will be praying for Ryan and for you, and will be waiting to see what you find out about the resistance to these treatments.

The Maryland chapter of the American Cancer Society also has a navigator that will look up clinical trials for you. Hang in there, and hope for the best.

Not sure if I responded previously.I have melanoma Mets to the liver and L-4.Was put on Braftovi-Mektovi comb.Last pet scan showed increase in size plus have more symptoms.Have stopped combo and will start Keytruda Thursday.

Good luck with the Keytruda induction

If you are on the BRAF Mek combos, your BRAF positive; which 50% usually are. Immunotherapy, Keytruda especially is an amazing drug. Keep pushing for more treatment options.

You are looking at an area with which I am not familiar, but ran across this clinical trial with Fate Therapeutice, FT500: fatetherapeutics.com/pipeli... This study apparently has no IL2 involved.

A previous study (perhaps still open?) is the Dimension NK100 study. The Company has initiated the DIMENSION study of NK100 in subjects with advanced solid tumors who have progressed on or failed available approved therapies. The DIMENSION study is a multi-center, open-label, accelerated dose-escalation Phase 1 clinical trial of NK100 when administered as a monotherapy and in combination with trastuzumab or cetuximab, two FDA-approved targeted monoclonal antibody therapies that are widely used today to treat various cancers.

Is this along the lines you are looking at?

with melanoma, but also has ulcerative colitis? Was immunotherapy done or another treatment? Any...

undoubtedly cutaneous melanoma. Oncologist recommended trying a 3rd immunotherapy, which I, at...

have become a corporate supporter of the Melanoma Research Foundation. Check out their Be Brave...

consecutive days of radiotherapy. He started immunotherapy on 5th Nov and was due 4 doses, one...

husband who has Stage 4a metastatic melanoma. This is to rule out any surprises as he moves into a...