How soon did you see impact from BRAF-... - Melanoma Caregivers

My beloved will hit the 2 week mark tomorrow. For those of you who had these drugs used with your family member, when did you start to see impact? Was it with lymph node reduction, on skin, or only viewable on scans? 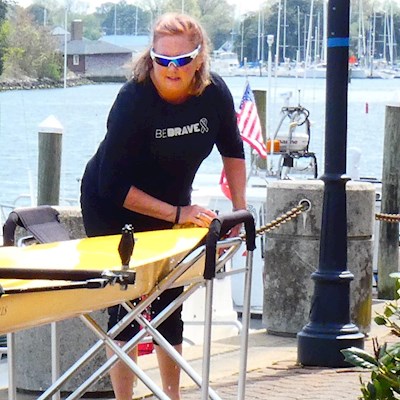 missyrand
Ambassador
To view profiles and participate in discussions please or .
23 Replies
•

Have been taking Braf-Mek combo for three weeks.Have a pet scan this Friday to see if any progress.Will Let you know the results.

thank you. I hope only the best for positive impact.

I have metastatic melanoma to liver and spine.had radiation last week on spine.🙏🏻

And is the radiation providing any relief?

A little.They told me it could take 1-4 weeks to see any results.

It was a quick one for Ryan, October 31st of last year he was in a wheelchair and by November 2nd his pain had decreased and the lymph nodes had started shrinking. Christmas the cancer had disappeared like it was never there.

I hope this to be true for Wayne as well ❤️

They did scans about 3 months after my son started taking the combo. Tumors shrank a lot in his liver, lungs and pelvis.

The side effects hit around week 5-6.fevervof 104 to 105 rash etc. They took him off meds for 48 hours to give his body a break then resumed treatment. This combo works wonders for a lot of people

Wayne has broken out in a hearty rash this week and his fatigue has increased. This hit at week 2.5. He had been having low grade fevers prior to the Mektovi. I’ll watch for spikes. Thanks.

2 years ago when Mark was 1st diagnosed he started on immunotherapy and then had the BRAF meds introduced a month later. His Mets were all his major organs, spine, etc. Scans were the way we knew things were working (but in saying that in 3 months he went from a diagnosis of 3-6 wks to live to going back to work full-time, praise God🙏🏻). Mark stayed on the BRAF meds for 6 months, and then they had him stop before they stopped working so they said we can reintroduce them again when needed. He continued on the immunotherapy alone for 15 more months. He was so very ill when he was 1st diagnosed it’s very hard to say what started working 1st. We are just so grateful to God and the Drs for Mark being NED still today. Everyday is a gift from God.

Praying that the meds work for Wayne.

When they work, they really work.

Thanks Michele. One of the twists for us is that he is getting the Mekinist inhibitor without the BRAF because his genetic mutation is V599 instead of the V600 marker so this is an off label approach.

My genetic marker is D594N and am on both Braftovi and Mektovi for one month.Had pet scan Friday to see if any progress

Where are are you being treated.have been on Braftovi and Mektovi for one month.

My husband is currently being treated at Georgetown by Dr Geoff Gibney. Where are you Samacman? Wayne is on Mektovi only. Be interested to hear your results. Did doc discuss risks of developing new primary melanoma or possible worsening of current melanoma from the combo BRAF-mek since the genetic mutation is not v600? We may wind up taking that risk if the mek alone had no effect

Currently Wayne has a lot of fatigue and rash on face, head, neck and in a V down his back. Taking hydroxozine and adding in benydryl at night

We went to both Braftovi and Mektovi initially.Would like to see the literature that says possible problems with single Mektovi.I may have to start immunotherapy if no progress.Have neausea,back pain and chest pain.Presently reside in Miami.Best wishes

Look for ASCO papers this past year on Melanoma, especially comments by Paul Chapman from NY ( The Godfather of BRAF). When we saw him for consult in Jan he talked about anecdotal evidence coming out and I think since then there have been some presentations at conferences and in literature. We had 3 other oncologists say similar concerns: Sekwon Jang at Inova in Alexandria VA, G Phan at Virginia Commonwealth University (formerly at NIH in the TIL team), and Geoff Gibney at Georgetown.

But all these treatments have risks and I think the challenge is how extensive is the presentation, how rapidly is the cancer growing, what is the genetic info, what else has been tried and with what result? We have more science around effects if you have the V600 mutation, which is 50% of melanoma patients. Wild type was originally not in the immunotherapy groups, then had been added, but getting to the magic matching of which one works best and for whom, at what minimum dosing/ duration, in which combination or sequence is still being worked out

Asking your doctor about her thoughts in your case, with risk and benefits, and asking for honesty about what is also a medically informed recommendation still being questioned and tested are fair. For example, we knew long ago Wayne has Wild Type, but accepted Keytruda ( and later Optivo) because they were the closest fit at the time. Still are for how he presented 4 years ago at 3B with low tumor load. If he’d had high tumor burden in multiple metastatic organ involvement, we would have also tried BRAF-Mek to try to get tumor size and number reduction.

To me, it’s a brave new world out here for melanoma, still a bit closer to the Wild West as we keep learning more about every 6 months.

I’ll look for some article specifics this week to share.

Thanks for the info

I'm posting an article under a new thread released today on BRAF-MEK with a recent study comparing V600E and K to Wild Types and response to these targeted therapies. The study size is super small (under 100), but since these drugs have only been designed for V600 melanoma mutations, there hasn't been real organized research until this one for comparisons with Wild Type, and varied uses of the BRAK or Mek as monotherapies and in combination.

Have been very nauseous .What are your docs using for nausea.Where do I find the post you just mentioned.

Wayne switched from Zofran to compazine. Has Reglan ad back up

See my new post with the new BRAF Mek article. I’ll also send in messenger the link to you individually tomorrow

Very helpful.thanks so much.Still waiting for results of pet scan.They were discussing possible immunotherapy,but hesitant as I have immune diseases,ulcerative colitis and temporal arteritis and they don’t want to kick those into high gear.but if no improvement re pet scan may be only option.

How long has he been taking the mektovi

My daughter has passed

link so you can contribute if you wish, or attend if you are nearby. Thank you all for your love and
•
10 Replies

I am very grateful for each of you in this community. Peace, Missy

back in consultations because there is a deep lymph node that lit up on the Pet which may or may...

melanoma last week. It has been found in his lungs, lymph nodes, liver, spine, and brain. Full...

of a skin lesion so they can look to see if the lymphocytes are attacking the tumor. Peace,......