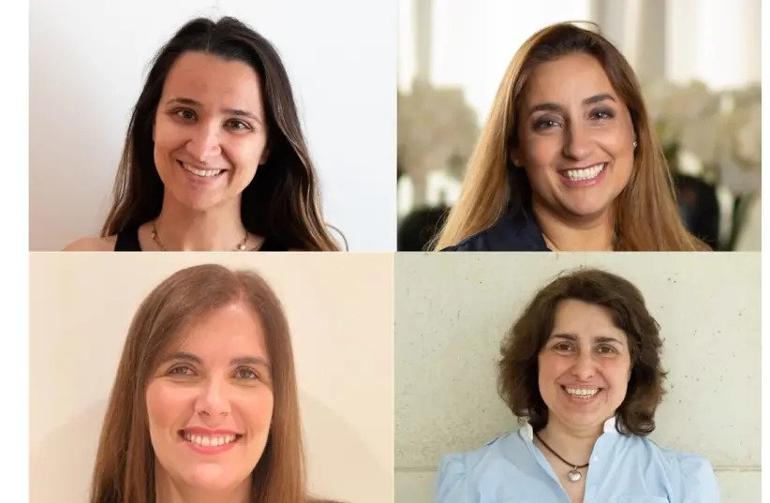 Researchers at Tel Aviv University (TAU) and the University of Lisbon call their work a “breakthrough.”

A small molecule that makes immunotherapy available to all cancer patients by being a more accessible and effective alternative to an antibody for treating a range of cancers has been identified and synthesized by a joint Israel/Portuguese team.

Researchers at Tel Aviv University (TAU) and the University of Lisbon call their work a “breakthrough.” The international team of researchers was led by Prof. Ronit Sachi-Fainaro, head of the Center for Cancer Biology Research and of the Laboratory for Cancer Research and Nanomedicine at TAU’s Sackler Faculty of Medicine, and Prof. Helena Florindo and Prof. Rita Guedes from the Research Institute for Medicines at the Faculty of Pharmacy at the university in Portugal’s capital.

The results of the study have just been published in the Journal for ImmunoTherapy of Cancer under the title “Therapeutic targeting of programmed cell death protein 1/ PD-ligand 1 (PD-1/PD-L1) blockade by novel small-molecule inhibitors recruits cytotoxic T cells into solid tumor microenvironment.”

“In 2018, the Nobel Prize in Medicine was awarded to James Allison and Tasuku Honjo for their contribution to the study of immunotherapy, the treatment of cancer through activation of the immune system, said Satchi-Fainaro. “Honjo discovered that immune cells called T cells express the protein PD-1 that disables the T-cells’ own activity when it binds to the protein PD-L1 expressed in cancer cells. In fact, the interaction between PD-1 and PD-L1 allows cancer cells to paralyze the T cells, preventing them from attacking the cancer cells. Honjo developed antibodies that neutralize either PD-1 or PD-L1, thereby releasing the T cells to fight cancer effectively.”

So far, only monoclonal antibodies – a type of protein that is made in the laboratory and can bind to certain targets in the body – such as antigens on the surface of cancer cells are approved for clinical use as PD-1/PD-L1 inhibitors, and they are considered the great promise in the fight against cancer. Inhibiting PD-1 or PD-L1 has shown exciting clinical outcomes in diverse human cancers. This immunotherapy can significantly improve patient outcome, without the severe side effects that accompany treatments such as chemotherapy. However, these antibodies are expensive to produce, so they are not available to all patients. In addition, the treatment doesn’t affect all parts of the solid tumors because the antibodies are too large to penetrate and reach less accessible and less exposed areas of the tumor.

"I believe that in the future, the small molecule will be commercially available and will make immunotherapy affordable for cancer patients.” Prof. Ronit Sachi-Fainaro

Now, the Israeli and Portuguese team members have used bioinformatic and data analysis tools to find a smaller, smarter alternative to these antibodies. “We identified a new promising family of small-molecule candidates that regulate the PD-L1/PD-1 signaling pathway, promoting an extensive infiltration of effector CD8 T cells to the tumor microenvironment,” they declared.

“Post-doctoral researcher Dr. Rita Acúrcio started with thousands of molecular structures and by using computer-aided drug design (CADD) models and databases, we narrowed down the list of candidates until we reached the best structure,” explained Satchi-Fainaro. “In the second stage, we confirmed that the small molecule controls tumor growth as effectively as the antibodies – it inhibits PD-L1 in animals engineered to have human T cells. In other words, we have developed a molecule that can inhibit PD-1/PD-L1 binding and remind the immune system that it needs to attack the cancer.”

Why is this better?

The new molecule has some major advantages over the antibody treatment. Since the antibody is a biological rather than a synthetic molecule, it demands a complex infrastructure and considerable funds to produce, costing about $200,000 per year per patient. “In contrast, we have already synthesized the small molecule with simple equipment in a short time and at a fraction of the cost. Another advantage of the small molecule is that patients will probably be able to take it orally at home, without the need for IV administration in the hospital” Satchi-Fainaru continued.

In addition to accessibility considerations, the experiments show that the small molecule improves the activation of immune cells inside the solid tumor mass. “The surface area of ​​a solid tumor is heterogeneous. If there are fewer blood vessels in a particular area of ​​the tumor, the antibody will not be able to get inside. The small molecule, on the other hand, diffuses and is therefore not entirely dependent on the tumour's blood vessels or on its hyperpermeability. I believe that in the future, the small molecule will be commercially available and will make immunotherapy affordable for cancer patients.”