does any1 suffer from very bad vertigo with hughes syndrome, i get 2 the point wer i cant stand sometimes n it makes me feel very sick. i also get headaches with it that makes the vertigo worse. 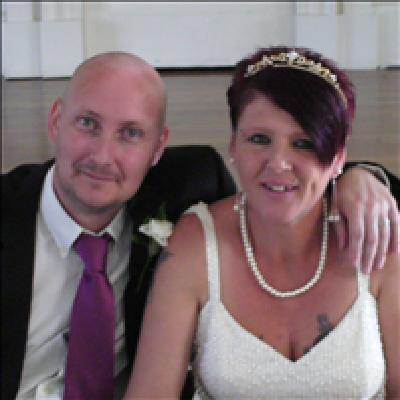 oleary
To view profiles and participate in discussions please or .
26 Replies
•

Yes to all the above, I am sure we could help fine tune this a little! Mary F x

im on warfrin n betta blockers plus naproxen. i have tryd some meds for vertigo n they didnt work just made the condition worse, im off to see the neurolagist nxt month, hope they have the answers.

I to have vertigo. Unknown if it is related to my APS. All I do know is that I have BPPV which is a main cause of verigo. Mine seems to be set off by excessive amounts of salt and certain moving objects. Not fun to drive on a snowy night.

Meclozine has been keeping my symptoms at bay for some time now.

I get mine when sitting, standing n really all the time, it interfers with my life, some days putting me at a stand still.

My doctor prescribed klonopin for vertigo - said ialthough normally prescribed for anxiety, it is also useful for calming down the area of the brain that causes vertigo. No salt, alcohol and caffeine help tremendously.

Hello...I find when I have a"flareup" I feel dizzy...don't drink alcohol....but feel the way I did once as a young woman when I had too much to drink....awful feeling...but does not last long..

Before I was diagnosed I felt "dizzy" for months

oleary in reply to

im dizzy all the time, makes me feel very sick as if im going to pass out going to see a specialist about it next month, hope they can help me as its been going on now for 2yrs.

Originally 16 years ago i was diagnosed with vertigo, loss of balance and dizzy etc, i was given a course of tablets which help a little, and i was given some exercises to do with my head and eyes it was called Cawthorne-Cooksey Exercises do these a few times a day, i used to do them if i was sitting in a chair at a desk etc or watching tv, these did help me, also i was advise to go on roundabout and fairground rides so the brain can take the messages and compansate. it take times but did help slighty. After being informed i had vertigo , was then diagnosed with vestibular syndrome, and hempligic migraines, then had two strokes diagnosed with sneddon's syndrome, and then APS/LUPUS/HUGHES SYNDROME. So personally i think my downfall started about 16 years ago and no one picked up on things back then.

Do the exercises, it was the physiotherapist who went through them with me.

oleary in reply to teadonna

i also have HUGHES SYNDROME/ LUPUS A/C , my dizzyness n migrains have been going on now for 2yrs, im going to see a specialist nxt month i hope they have some answers and can help me.

It is a known symptom of APS.

Mine is caused by poor blood supply to the brain as I have 'small vessel disease' caused by APS.

oleary in reply to SueLovett

i hate being like this, some times are worse than others, the dizzyness is worse with the headaches and make me feel very sick and unwell. i go and see a specialist next month, i hope they can help with this.

I wonder if you can tell me if you are on warfarin, as I am and I too may have small vessel disease do they do anything for you for that, or is it only warfarin and aspirin, How long had you had APS before being diagnosed with SVD ?

Dizzy episodes are part of my APS symptoms, like being drunk. I still get these even on Warfarin or, as now, on Heparin. The 'funny turns' that I have always start with a sudden sense of being pushed or rotated, for a second or two, then unsteadiness, weak and shaky legs etc. I'm feeling dizzy and spaced out right now.

oleary in reply to Manofmendip

yeah im like that rite now, and i find it hard to consontrate on anything, i get a foggy head and even the slightest bit of noise is to much for me, my moods even change.

Yes mine were diagnosed as TIAs

oleary in reply to APSmum

wot the headsches and dizzyness, wot did they do for you.

APSmum in reply to oleary

Hi, I thought I was just having vertigo attacks. The whole room would spin and I would have to lie down as couldn't walk. They could see from the MRI the majority of my TIAs/stroke were in the cerebellum which controls balance. I was put on warfarin. Since being on it I haven't had any further TIAs although saying that I have only been on warfarin for just under a year. Headaches seemed to start after being put on warfarin. But my INR range may be a bit low.

The headaches that I was getting I was given amtripline, I suffered with TIA's then I had two strokes, I found that when I started on the warfarin originally my INR was 2 - 3 they increased the INR range upto 3 - 4 and this help a lot. I think cos they increased it, this helped thin the blood a lot To the brain this is why was lot better. Since this and being diagnosed with the aps I have had a lot of inflammation problems. In the eyes, joints and now being diagnosed with peripheral neuropathy. And suffering a lot of pain in my feet , just started a new tablet to help with this have to increase it gradually and am hoping dit will help.

oleary in reply to teadonna

im also getting alot of headaches n it worries me alot, the doc has done some tests and have said that their migrains and nothing to worry about and that their not TIAS. my dizzyness seems to get worse when i get the headaches.

I suffer from vertigo terribly but have been diagnosed with Meneieres disease but maybe it is more to do with APLs. Ive had a terrible attack this weekend

yes im on warfrin n my INR range is 2.0 -3.0, but my target is 2.5. At the mo its all up and down , my last was 2.1 the one b4 was 2 then went down to 1.3, had it tested again today and i get the results tomorrow. The vertigo seems to be getting worse and at the same time im getting migrains so they say, it does scare me incase its TIA'S im having.

hi i have aps i was told march 2011 after a stroke xmas 2010 .this is the first time on here i have been reading all the comments and feel so relived am not going mad with all the symptoms i have been having .i am on warfarin and get the migrains when my inr drops along with other symptoms .lots off problems with abdominal pain .i am due to see my consultant in november and cannot wait to tell him the symptoms he said were not connected to aps must be as so many off us have the same or simular problems good to no your not alone thxs guys

Yes! I've suffered from severe vertigo for months. Had to go to ER it was so mad and now take medication for it and severe resulting vomiting episode. When I got to the hospital my INR had reached as high as 9.3. I try to keep my diet consistant as I've been on Coumadin for many years. The doctors didn't seem to make the connection between my wild fluctuations with my APS or Lupus but his aid privately told me he had seen ths before. It's weird - my doctor doesn't connect my disease with any odd symptoms I ever get such as headaches, exhaustion, sores, etc. He just shrugs his shoulders. It's very upsetting.

Hi Apsnotfab, thanks for responding. I would love to know if anyone could recommend a doctor in the New York/New Jersey area please. I've been to a few doctors and was originally diagnosed by the Mayo Clinic but can't afford to travel there. It seems that as soon as I tell a doctor I have APS they go running for PDR's. Sort of makes me laugh and as you said feel frustrated at the same time. I think Europe is way ahead of us in the States on this diagnosis. Thanks again and be well (as possible)! Best, Florence

Hi there, here is a name in New York: hss.edu/physicians_salmon-j...

I was in A&E two weeks ago because of dizziness. I felt bad all day and my long suffering husband came in at 7.00 to find me sitting immobile and trying not to be sick as I had just taken my warfarin. We went to the duty doctor hoping for some stemetil which I have had before but were send through to A&E because I was very drowsy and speaking slowly. Sent off home with tablets and was ok again after a couple of days in bed, although I have had a headache on and off since and dreadful fatigue.

My last episode was a couple of years ago but I have had odd times when I feel off balance. In my case I think it is more likely down to my neck which is often stiff and painful (courtesy of an anaesthetist who twisted in in 1998!). But I have had extensive tests as I think I had a TIA in May and am due to see the neurologist again in a couple of weeks, so who knows?? My inr has been stable for months and a recent prick test and venous sample came out at 3.6 and 3.7. All very frustrating!!!

I am pleased though that, very different from when I was diagnosed in 2000, most doctors I come across have heard of Hughes so take my symptoms seriously.

i have hughes syndrome and very bad migrains makes me feel very unwell and weak, they last along...

I SUFFER WITH HUGHS SYNDROME

TWO WEEKLY IM ALWAYS VERY TIERD AND ALL I WANT TO DO IS SLEEP ALSO HAVE TO TAKE VERY STRONG PAIN...

new to the site. I have been sick for couple year and kept getting worse. My symptoms was leg pain,...

5 to 3 or now does this mean I only have it mildly or can my results fluctuate and also is a baby...

reassurance regarding APS, warfarin and menstruation. I suffered a stroke in February and tested...