Can you trust what's on your plate? - Healthy Eating 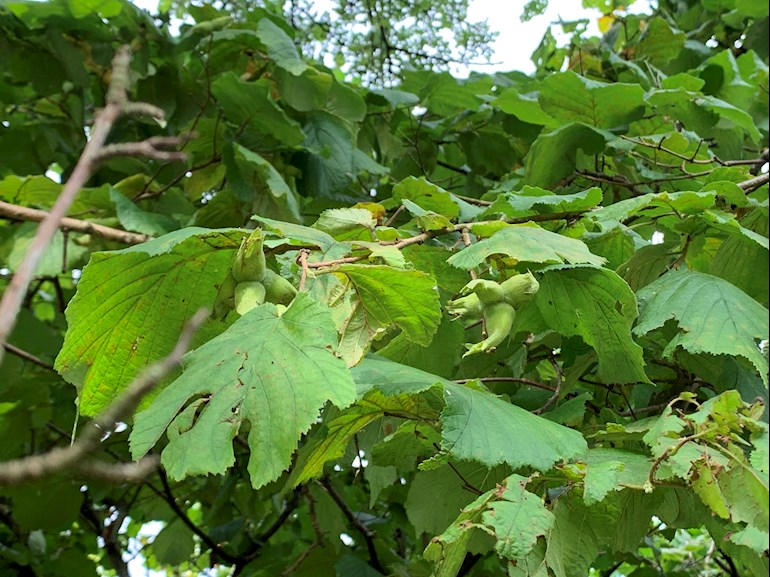 In the last 50 years the global food markets have grown because of easy access to each others markets. This coupled with consumers wanting choice and value it has led to overtly complicated and much harder to trace food chains.

We pay extra for organic products so should be getting organic but what if someone with criminal intention swaps them for non organic, would you know?

Here's an article of the top six foods most affected by fraud:

And at least our food should be safe but it isn't always and here are a couple of examples of recalled foods in the last month from the FSA we have metal in Quorn cocktail sausages:

And Frozen meals without adequate allergen warnings, which's bad news for those of us who rely on allergen labelling:

The photo is of some hazelnuts on one of my trees, they are organic and 100% genuine, so no wonder more of us want to grow our own organic food. Mind you I think my neighbours have their eye on them, for some reason...🐿

I think that 'we' the consumer should demand better as we should all know exactly what we are really eating.

This is an excellent post Jerry, thank you for reminding us. I noticed last week in Waitrose that McCain Hash Browns had been withdrawn due to blue plastic found in them.

I find it hard to trust what's in my food and with good reason, a few years ago Tesco were on the news for selling tap water as mineral water, then there was horsemeat situation (not that it affected me, but it is thought provoking) etc

Food has lost its goodness, we are then charged more for Organic and of course how can be we sure its Organic? It is a concern, a bit like the chemicals that go in our cosmetics/cleaning products. The trust has been broken

I agree with you on that Debs, who can you really trust now?

Is all this food fraudulence to make extra money or is there something more to it than that?

Because of food fraud, our foods are tainted with potentially harmful additives/chemicals.

Kitten-whiskersAdministrator in reply to Matt2584

Spot on Matt, it seems to be all about money, so I opt for the fraudulent option.

Me and my mum sometimes drop little subtle hints into a conversation.

I mean, if I and my family are in a social setting and my uncle was talking about his dodgy knee then my mum might say you can put cayenne pepper on that or I might say you could put lavender oil on it.

But my uncle is set in his ways. He would rather take all the pharmaceutical junk. He has even said before that he sometimes just sits it out and waits to get better!

Wouldn’t you rather speed up the process... with natural, medication not man-made baloney :).

Kitten-whiskersAdministrator in reply to Matt2584

Oh Bless him, my Nan and Grandad were the same - doctors know best and never they never believed in food intolerances but things were very different back then.

I hope your uncle takes your advice

Yes, things were very very different back then.

I hope to read these links sometime this week - I can't stay in my office much longer today - as we have been painting the shelves and it's a very strong smell - so I'm going to be out for a walk, to get some fresh air!

The hazelnuts on your trees look great - I bet you're looking forward to enjoying them when you harvest them later in the year.

I agree that knowing what we are eating is very important.

Thanks Zest, I hate the smell of paint so it will be good when that's all done. 😊

I have said to people before that I would not be surprised one little bit that my diet when I was younger was good enough reason for the arrival of my brain tumours.

I, of course, was laughed at. “Don’t be ridiculous”.

But I’m not being ridiculous.

My diet used to be a junk food diet. Lot’s and lot’s of sugary foods (acidic foods. Look at the body’s PH system).

I guzzled lots of fizzy drinks including diet drinks which contain aspartame.

I think you will find that aspartame causes many health issues including brain cancer.

And I hardly ate any REAL food (fruits and veg).

As I grew up (late teens/early 20s) I slowly came away from all that sugar intake and started drinking more cordial than fizzy drinks. Cordial is a better option than fizzy drinks but not the best option cos even that contains aspartame.

Anyhow, my mum said I was looking much better after dropping so much sugar. I was a pale kid.

Think of a fruit yogurt that comes from the supermarket. Most fruit yogurts used to be so vivid in colour but as time has gone on, sugar has been added to them and made them paler in colour. That is what sugar did to me as well.

I have had trouble with my ears blocking up in the past and I was told, by a “professional”, to chew on Airwaves chewing gum to help clear the air ways.

I was chewing them for a while until I found out about aspartame and that most chewing gum has aspartame in it too.

So I stopped that and found a chewing gum that is aspartame-free and uses Xylitol sugar which looks just like refined sugar but Xylitol is natural and much better for you. It comes from the bark of silver birch trees.

The gum is called Peppersmith and they say that there is aspartame-free and always will be.

If aspartame really was safe then how come the likes of Peppersmith avoid it like the plague?

Hi Matt Aspartame has a lot to answer for methinks...😊

Rapeseed oil is sneaking it’s way in to some of our foods, especially the foods people see as ‘healthy’. Vegetable oils as well.

As you may know after my ‘oil’ poll idea (that I strategically wanted to be posted to see other people’s thoughts on oils) rapeseed oil is not healthy... and canola oil is not a healthier option either... it is still just as bad, if not worse.

In the summer, our family have more salads as my mum is the cooker of the family and she is out in the garden most of the day.

I think the best my dad has achieved in cooking is boiling an egg :).

So as I said, we stick to salads in the summer, which I don’t mind and I have been eating my own produce too.

With my salad today I had spring onions and radish. Grown by me :).

I only have 3 more spring onion left though :(.

With my salad I like to have coleslaw and I was having a look at the label today and guess what, it has rapeseed oil in it :(.

I was in my local Holland & Barrett the other week and I was having a look at Agave nectar because my friend pointed it out to me.

They had original and 2 flavoured one’s.

The flavoured ones both had rapeseed oil in it.

After H&B I went onto another health food shop and I was chatting to the guy there that had just been eyeing up Agave nectar and the flavoured types had rapeseed oil in it.

He looked surprised as if to say “What the heck is an oil doing in a sweetener?”

The more we buy whole foods and cook from scratch the less this is a problem. It's very difficult to sell black eyed peas or broccoli, for example, as anything else. Not only that, because they are so cheap there is little incentive for crimes.

I'm very jealous of people who can grow their own

I'm really looking forward to having a garden one day, where I can dedicate a small vegetable patch

It is worrying the amount of fraud and other problems with our food chain. Locally grown stuff is also becoming so popular for that reason!

Hope you enjoy your hazelnuts!

What would encourage you to post photo's of your meals on HE?

why more members don't post food photo's. We love photo's of each others food and meals on HE and...
•
60 Replies

Cancer alert over nitrates in Rocket.

World Porridge making Championship and do you know what a spurtle is?