Hypoxic recovery: Hi, I am a caregiver for my hubby... - Headway

Hi, I am a caregiver for my hubby who 18months ago had a sca resulting in severe hypoxic brain injury. He has been home a month, he’s doing well , but requires 24 hour care. I am always amazed at the number of members who write their own posts! I can’t visualise my hubby ever being able to do this? Anyone else thought this and how long does it take? Any thoughts would be grateful x 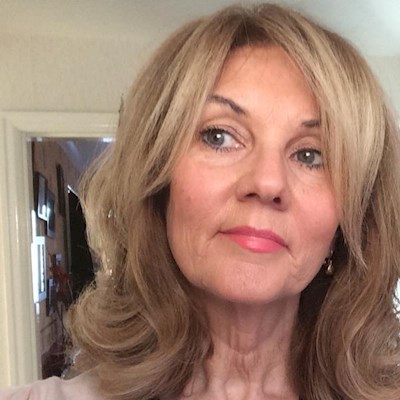 lbuxton
To view profiles and participate in discussions please or .
28 Replies
•

Can take few years often to recover that much. I was v lucky. From being told vegatative state would be best outcome for me I went back to school 8 weeks later. Learned to walk again etc.. in that time. Dr advice is best guidance but it's not bullet proof. Best support any care giver can provide in the long-term is to look after themselves too. Best of luck you both.

lbuxton in reply to Obiwan

It really depends on the brain, my boyfriend sustained hypoxic brain injury and we were told the brain damage looked severe and we would be lucky if he came out of a vegetative state.

It took him 6 months to recover and he is able to stay in the house independently and only relies on me for cognitively challenging aspects such as finances and cooking complex meals (he can warm up a mean ready meal!)

If you need anyone to talk to about Hypoxic Brain injury recovery do feel free to message me.

Thankyou, he is very very slowly making improvements! We are getting help from speech/language, OT, physio . I am doing daily activities. I just keep hoping that maybe one day he will come back to me x

He will in some way or another, I found myself doing all sorts of different things with him to supplement from giving his food/sweets in different wrappers (babybel, daryleigh dunkers, etc) anything slightly complex to challenge his motor skills (he is food orientated haha!) and then things like children's homework books to help with the thought process side of things. Just keep doing what you can and he will find some way back, it is remarkable what the brain can do.

Thanks. Yes I’ve got some children’s writing books! This gives me some hope! Thankyou x

Anything is worth trying, just dont forget he will reach a plateau where improvements will get smaller but the brain can keep going. My bf was exceptionally lucky, I hope you get some luck too x x

my 24 year old daughter had a hypoxic brain injury 6 weeks ago and we've been told that the damage looks so severe that it is unlikely that she will ever make any improvement and will remain in a vegetative state. Apart from remaining hopeful, did you do anything in particular to stimulate recovery and what were some of the first signs of improvement you saw and at what stage. I would love to hear more about your experience if you would be happy to share it.

I know every injury is different but your story had given me something specific to grab onto in that we've both been told the same thing and in your case there was more improvement than the doctors expected.

Angelia1234 in reply to Mel-Bee

What tests have they done to "see" the damage? I was told my hubby would be vegetative. Today they called to tell me he will be doing in hospital physical therapy. He's made "miraculous improvements". I noticed improvements when we tried a kiss or head nods just read their body language. My husband couldnt squeeze a hand which the drs rely on but he did other things until it came back. Wiggle a toe, raise your arm, blink twice, smile if you love me, be creative..

lbuxton in reply to Angelia1234

Hi. Results from scan showed severe hypoxic brain injury to frontal lobe. Been 18 months and still slow improving. Should we have another test? X

Angelia1234 in reply to lbuxton

Maybe. I wonder if they'd do another and if it'd show the improvement.. Im glad he still improves, i wish it was faster. You are AMAZING for hanging in there for him!

lbuxton in reply to Angelia1234

Thankyou, I will look into this x

Hi, after two weeks, I used to take in his trains/tracks that he would play with constantly with our grandchildren/ I would try and place the train in his hand and encourage him to put the train on the track/ I would do this over and over. Also I would take Lego bricks in. I would constantly try and engage with him. I also used to massage and excercise his limbs daily

We were told to say goodbye!!! I strongly believe the constant stimulation has been the key. He has had to relearn everything/ good luck to you/ take each day at a time and never give up x

Angelia1234 in reply to lbuxton

With Russ i would stimulate all senses every visit. Music, photos, voicemails(people who couldnt visit so more familiar voices), massage/grooming, air freshners on his fan, coffee beans etc, suckers for taste.

Hi I have replied to your post below/ if u want to add me on your Facebook I will give more details. I am listed as Linda buxton (Liverpool) x

When he was in a coma for the first week I found it really hard to talk to him (I think I told him 3 times what I had bought his family for christmas haha!) Instead I played music and as I got stronger in the situation (I was a wreck too) I started to read to him.

Once he "came round" a bit more I felt I had more to talk to him about and I used the room to help me (ended up pretending to be a tv antenae because the tv wasnt working at one point.

Further down the line when he was a bit more independant I brought him biscuits and snacks in wrappers that would test his fingers to stimulate recovery and motor skills (didnt know if I was helping or not but I did it) I also brought him puzzle books and easy activities.

Our first signs of improvements were that they had managed to bring him off ventilation and he had been able to understand what was asked of him a little, then he moved his hands and opened his eyes, I always felt like you could imagine people running in his brain testing all the circuits etc before he woke up.

Try anything is my advice, sorry for the long post!

Hi hope you don't mind me asking when did you know it was safe to leave your boyfriend alone? and for how long do you leave him? My husband has a Hypoxic brain injury but not to severe, he can do lots of things independently.

I found playing kids games helped when my husband was first ill. We started on basic things like snakes and ladders, snap etc (with help from me of course) and then progressed slowly to things like ludo. Anything that keeps the mind working is good. Even laying the table (and getting it right!) all help with getting the brain involved.

Hi you are doing a good job. I had my tbi in 1998 and still improving. So it will take years. When I came home I was wheelchair bound and lost my temper a lot at first I had 24 hour care we reduced this over the years and for the last few years my husband has been my carer. He cannot put up with my moods any more so he is divorcing me. So it will be hard work for you but as the person with tbi I would of been happier if he has left at the very beginning. I now need to readapt my life not sure how this will go.

lbuxton in reply to Mufc

Thankyou for replying. Good luck to you x

I used to be a senior cancer research nurse which I will never return to. I have found this site very useful so if possible encourage participation. You will both find it useful I think. It will be good for your hubby to realise he is not alone. Everyone with tbi is different but we all deep down want to go back to how we were it takes years to accept that will not happen if I had found this site at the beginning of my new life/personality Maybe I would not be getting divorced. It is useful to talk to people who understand.

lbuxton in reply to Mufc

Thankyou, yes I do find this site helpful, nice to know I’m not alone x

We were told to say goodbye on the night in question but I never gave up. I strongly

believe we wouldn’t be where we are without me and my family’s love and help. I was making sure he was outof his bed at 3 weeks. He has had to relearn everything x

Nothing seems clealy that he will be fine back or not

Cardiac arrest is the main reason of brain damaged.

Plz you tell about your hubby ?

We daily go for a Physiotherapy

But i think it will take time

Hi my husband has been home just over 4months. It’s been 19months post injury! He needs fully 24hour care, he has no memory of his life which is heartbreaking as we have been happily married 39years. But since being home he is making good but slow progress. His Speach and tolerance levels are improved. His fitness is improving and is now able to walk 25mins daily. We just have to take each day and try to keep positive, who knows how far we can go. Good luck

Orleans1011 in reply to lbuxton

He’s able to walk some that’s a blessing. My husband sca and brain injury as well. It’s been a year no walking yet I just wish he would gain some independence like holding his own spoon. It’s hard because of the spasticity. My prayers are with you

sheepish writing this post as I am the cause of my own injury, I hope that that is OK. I had a...

cardiac arrest 9 weeks ago and sustained a hypoxic brain injury. He is now in a Neuro rehab and...

hope someone can help me my husband had a hypoxic brain injury due to a cardic arrest he was...

up after 36 hours off the machine. It has been 8 weeks since it happend and she is able to mumble (...

disabled but also a full time carer for my partner who has spent 7 months in hospital after a sore...

Bad ringing in ears and constant headaches and pressure in h...

That awful feeling when waiting for someone to prompt a conv...

Trying to get a grip on things