Does anyone know if there are legal implications of a restaurant stating a dish as gluten free when it may not be?

I recently eat in Giraffe and obviously chose a GF option from the menu. However I did get ill immediately after eating it and when I wrote to the restaurant to complain the main thrust of their reply was thus

'We will always try to cook and prepare food in separate areas, pans and fryers where possible and will always aim to avoid any contamination. However, I hope you can appreciate that we can't 100% guarantee this in a restaurant environment.'

Which makes the whole labelling/checking exercise pointless doesn't it? 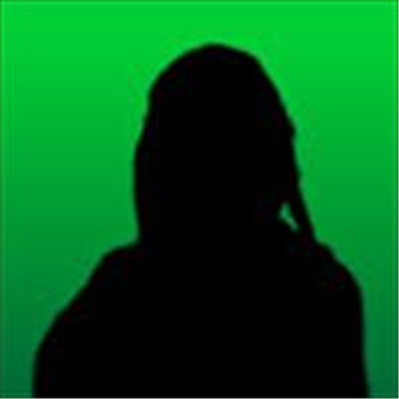 john-b
To view profiles and participate in discussions please or .
9 Replies
•

Indeed John B. We have written and complained to Giraffe as well as they clearly label up their menu as GF although they cook their chips in the same oil as other gluten items. When we explained this to the mgr they said 'what's the problem are you THAT sensitive? And we get a lot of 'gluten free' people in here and they are always fine. The heat of the oil kills the gluten'. After dragging my jaw from the floor and resisting saying what I'd like to I gave him a 101 on what gluten is AND why they can't label their menu as such.

In terms of legally you are well within your rights to complain to both trading standards and Environmental Health (see your council website) where you ate. I have found this very effective. Environmental health will visit venues and follow up your complaint and train them in what they need to do &amp;amp; how they can label things under the new EU law on gluten food labelling. They also conduct test shopping and have told me that many test samples of GF foods are returning with results which state they aren't GF at all!

All in all we all need to make our voices heard when companies are either ignorant or down right blase about dietary requirements.

The law states they cannot label something gluten free if it isn't less than 20ppm of gluten under the new EU law. Obviously no company can ever guarantee 100% that an item is GF - yet I'm sure like me or you're looking for is effort to ensure the food is GF and that they take proper measures to avoid cross contamination. Sure mistakes happen yet to blatantly just use the 'we can't ensure anything is a 100% GF' is poor and does not follow the spirit or letter of the new law.

I'd also add to vote with your feet. I for one never ever eat at Giraffe due to my personal experience nor do I ever recommend it to others due to my poor experience. Instead I prefer to vote with my feet and stay loyal to companies like Zizzi, Nandos, Cote Brasserie and the great local restaurants that do make an effort to stay GF.

Plus as much as we all hate doing it I never ever eat anywhere without speaking to the manager and grilling them about my food, production, utensils etc. My friends glaze over - but at least then I feel I've done all within my power to be a 'good coeliac' and the responsibility is then on the restaurant to do their bit. If they're in doubt - I walk out. Painful but necessary. Often I find I'm educating Mgrs as I go and they're pleased to help. So it does pay off.

Do let us know how you get on. Complain!

I've sent an e mail to the environmental health section of Brighton Council. I'll let you know what they do.

In the mean time, I'll go to Leon!

John - nice one! I will definately do the same if I have a similar problem somewhere

I have just had lunch at Carluccios, which has a gluten free menu. I was with friends, & even now I hate the fuss it involves, even though the staff were friendly, charming & helpful. As the waiter gave me the menu-by which time every body had settled in & made their choices, he explained that they couldn't 100% garauntee that the food was gluten free, due to the fact that they make bread in the same kitchen & I had to understand that there was always the chance of aerial contamination. I was in a position, I felt, where it would have been so difficult to get up & leave, I didn't...I ate it! It was very nice, but now I wish I'd been braver-I have to spend the next few days wondering if I'm going to have yet another gluten episode. They shouldn't advertise as having a gluten free option if this is all they can produce-obviously they don't understand either!!

Iamcg - not sure I agree with that. I feel that most restaurants all say that they can't 100% guarantee something is GF as they have so many eaters with extreme allergies i.e. nut - so they have to state this legally as their head offices force them to. I take a common sense approach when places say this to me e.g. is the flour being thrown around over the top of the pans with the GF pasta? No. Ok - great. Then I explain all I'm asking for is effort and best practice from their staff e.g. no cross contamination from the same oil / utensils/ water / wooden boards to serve meals as they use for gluten items. I'm very happy with that. I wouldn't though eat at a Chinese restaurant where all the items are cooked in woks which use Soy sauce and where they just rinse out pans as there's too high a risk of contamination.

In actual fact Carluccio's were overly helpful for me at a meal recently and when I ordered their starter they added GF oat biscuits to the meal. I don't eat oats as they contain avenin which is very similar to the gliadin (gluten) protein in wheat. So I spoke to the manager and explained I appreciated what they did but as it didn't even state oat biscuits on the menu they really should offer this as an option as not all coeliacs eat them. Given I was on a tight time scale and was seeing a relative off on a train soon after I asked to cancel the whole starter and just concentrate on the main.

What I'm more concerned about is why coeliacs are continually paying more. For example my diners all chose the 2 course (gluten) meal option - yet there was no equal for coeliacs (not even for a little more but bundled up as a GF offer).

Great advice Fiona and I agree about the pricing issues. I am fed up always having to have a la carte when everyone else can have the deal.

I too ate at Carlucios. I was so happy when I learnt of their gf menu. The service in general was pretty poor but I didn't care as it was the first time eating pasta out since being diagnosed with cd. My partner kindly ordered from the same menu as he never likes to have anything I wish I could have ( not that I would mind ) The food was lovely but about halkf way in I noticed our dishes looked different. Mine was more watery and pasta slightly smaller. I paniked and called the waiter over who said well you only said you were coliac I think you got the right one. I was appalled and we demanded to speak to the manager to explain. I said I have no idea how I am going to feel in a couple of hours if I have eaten gluten. We both ordered from the gf menu why on earth the waitor thought it was acceptable to change one of the dishes I will never know! Luckily for me I had eaten the gf dish. We left without paying and also received a voucher in the post to return again. Several months later we did and not only was the service exellent but so was the food. So thank you for reinstating my faith. But a message to all make sure you double and tripple check. I'm just glad I didn't get glutened! X

everyone, I wrote a petition about contamination of gluten free food with gluten in restaurants...

doing research to find out about gluten free & baker's yeast free cooking. my husband has been...

newer food labelling here in the UK lets them down? I notice that it now rarely mentions gluten...

you can and can't eat and asks that you be guided as to what is alright for you to eat on the...

Just doing my searching for somewhere suitable to eat routine and found that Pizza Express are...

Iron Supplements for those very sensitive to gluten

Please can you help re test results?

Non-gut related symptoms - could it still be CD?