We have mixed views about fast food and GF options. One of the benefits of going GF is that you get back to basics and learn a lot more about food and what is naturally GF & good for you. However, this week Spain launched GF buns in all their McDonald's after working with the spainish Coeliac Society. Many of us know that Finland has long had GF buns and options at McDonald's for ages.

So our question is...what do you think? Are fast food GF options a sign of 'equality' so that Coeliacs get the same options as everyone else in a sense and aren't excluded? Is it important for fast food Coeliacs to be able to stick to a GF and avoid temptation? Or is this all a backward step? Should we focus on healthy GF choices and fast food e.g. with chains like LEON in the UK that are focusing on healthy home cooked style fast food?

We often debate this a lot in the team so we're keen to see what you think.

Tell us your view.

PS Here's the video in Spainish. You can understand it without being bi-lingual! 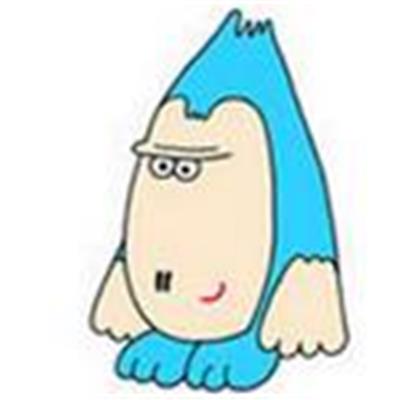 FionaGFG
Administrator
To view profiles and participate in discussions please or .
6 Replies
•

I think that what is important here is the concept of catering for coeliac. And I think that many coeliac would love to be able to have a burger in a gf bun.

I think that if coeliac get confidence in eating out then it's a great option. And if it makes the gluten free option main stream, I'll give it a big thumbs up even tho' I'm not a fast foodie.

How many coeliac fear eating out and fear either about being made ill or being ridiculed because of their fear of food? look at Phils experience in a resteraunt and that was supposed to be a treat! I'd pay not to be made to feel like that.

So this has got to be a good thing regardless of whether its baked potatoes or burgers in a gf bun. That's my 2p's worth.

I had a GF big mac in Bilbao and it was such a treat.

I too am not a big fan of the big fast food chains but admit to using them (defore diagnosis) when I really needed some 'filling' food fast. I used to have to like them when my children were young as they were the only places where we could all eat cheaply together.

Fast food does what it says on the tin, and serves a useful purpose, providing energy on those occasions when you can't eat at home because you are away from home, don't want a meal in a restaurant, don't have any food on you, and feel hungry. Those are the times when I would eat a burger from a food chain if I could.

I always have a problem obtaining a snack in any town in Britain. Our seaside towns are terrible, packed with people all on the move, able to top up their energy with fast food, from a large choice of outlets whenever they need it.

I on the other hand have to plan ahead, searching the internet for eateries that are sometimes miles out of town. This is not fast food, not spontaneous, and not fun. So I prepare a GF baguette before I set out, and take it with me. Now, if the major the fast food outlets could fill my baguette with something hot, tasty, and gluten free, and allow me to eat it in their restaurant, I would be happy.

I wouldn't be a regular customer, but it would certainly take some of the misery out of travelling.

For the food outlet to be able to supply the GF bun would get a big whopping king size thumbs up from me, and from my experience with my own kids, I reckon it would make eating away from home much easier for families with kids who are Coeliacs.

I have been thinking about this and I think that fast food out lets have already improved things for coeliac when out and about and I think that Starbucks started this trend even tho' many coeliac moaned about Starbucks because they use so many additives with their coffee's. But they started the trend for these squeaky clean coffee shops. Before diagnosis I liked cafe's but had to avoid them because most seemed to make sandwiches and it was like bread crumbs with everything. I noticed the difference when visiting a Uni with my son and was really happy about buying a tea from the students coffee shop because it was squeaky clean and all the food was pre wrapped so the worry of contamination is minimised.

So I think fast food out lets have already improved things for coeliac. I think this is ironic because I often wonder how fast fast food really is and is it more frenetic food for people who would rather drive and que than prepare the food them selves.

FWIW, it would make SUCH a big difference to our family if McD's had GF buns - as we live in a small town, many of the other restaurant chains other coeliacs recommend so highly are simply not available here. It would also make travelling a LOT easier - as once a journey gets beyond a certain length it becomes pretty impractical to take your own food..... Currently we take a box of GF rolls and go to McDonalds - but it would be easier if they could provide the rolls as well.

Appreciate that for most adults (myself included) it might not be our first choice of eating establishment - but at least it would be somewhere where we could go in an emergency or if delayed while travelling...... However we do actually find them to be very allergy aware, and also very clean - I would certainly trust them more than most other places re: cross-contamination issues etc.

It's interesting - as many chains get a bad rap - yet actually as Jerry says there's been huge improvements - even in the last few years.

From supermarkets like M&S, Waitrose now offering GF sandwiches (albeit at some selected branches) to LEON, Nandos, Wagammas, Bella Pasta, Zizzi and Starbucks all offering Gluten Free options. In a way once the chains adopt GF as business as usual then other places like the mid / level smaller chains & the large one off restaurants will as the effect will snowball. Saying that many indy restaurants on local highstreets are great at catering for GF esp if you build up a rapport with them. Roll on chains - getting it right!

you know if you are pregnant or breast feeding that you are allowed greater unit allowances?

eat in Giraffe and obviously chose a GF option from the menu. However I did get ill immediately...

Call to ban prescriptions for gluten free foods - would it make a difference to you?

gluten free foods. We know that many of you don't bother with these anyway. How would you feel?...

Gluten free Pork pies in Bristol at the food festival the Paintworks Brislington.

manufacturers of good quality gluten free foods out there and we the coeliac consumer are not aware...

rash improved but has not gone away, so we did a food sensitivity test which showed high reaction...