How were you first diagnosed with Fat... - Living with Fatty...

Living with Fatty Liver and NASH

First question of the series is all about your diagnosis. For example: Did you have any symptoms that triggered the diagnosis? Did your doctor suggest testing for it? What tests did your doctor do? Was it because of any other existing conditions? 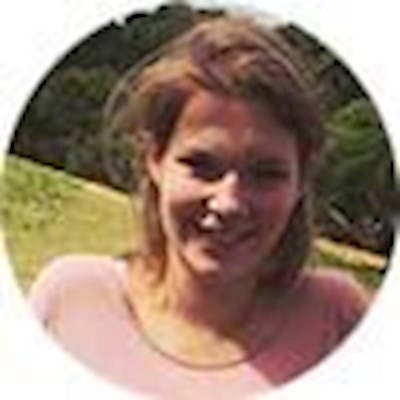 HelenHU
To view profiles and participate in discussions please or .
27 Replies
•

I was on leflunomide and having 2 weekly blood levels tested. Pain consultant spotted raised liver enzymes. Rheumatologist referred me to hepatologist and had Used an and waiting for fibroscan.

Liver enzymes raised since 2012, Dr ignored but I pressed for an explaination as I do not drink alcohol. NAFLD was diagnosed by GP without further testing. In 2015 during acute cardio/respiratory episode, massive liver noted incidentally on lung scan although no diagnosis or further investigation was conducted despite my questions. In 2016, I was diagnosed T2DM and the endocrinologist organised a fibroscan, the diagnosis was NAFLD and NASH no fibrosis noted.

No symptoms initially but later a popping sensation in the area of my liver. It sonetimes felt like a baby kicking ... To old for that!

No symptoms. Routine blood test for diabetes showed raised gamma gt level in early 2015. I had a liver scan that revealed nafld.

Mariah1203 in reply to jan-ran

were you a drinker>

jan-ran in reply to Mariah1203

No, glass of wine now and then. This was 3 years ago. Since then I have lost weight, dropped carbs and now have no more fatty liver. Diabetes in control. 😁

When i had my gall bladder removed it has to be dissected from my liver. The damage was visible and my LFTs continued to be sky high

No symptoms. Discovered at routine blood test. I wasn't even told initially, my GP just kept asking if I drink, which I don't. He knew my job was stressful and suggested I might need a drink when I got home from work. I finally convinced him that I don't drink, but when I asked why he questioned me, he told me 'just routine'.

I only discovered the fatty liver diagnosis when I was admitted to hospital for a surgical procedure as a day patient. The consultant was called away whilst checking my notes and left the computer switched on. So I did what everyone would do. I read the notes. I asked about the fatty liver and a couple of other things when the consultant returned. He was surprised that I didn't know, but said I must discuss with my GP

I was first diagnosed when I was admitted to the hospital with internal bleeding. GI did an endoscope and had 5 varices banded. After multiple times answering no to drinking alcohol, I was documented with NASH in my file.

I was diagnosed after having a rectal bleed (due to a colon polyp) in my late 30 ies. Sent for cancer marker bloods and LFT's as part of routine bloods in this scenario also an abdominal scan and fatty liver is what emerged.

I had been struggling with weight (not excessive and have never really fit into the profile for NAFLD) No other conditions at the time though I was later diagnosed with hypothyroidism as well.

I rarely drank and had a few drinks at a concert, the next day I had pain in right side under breast area, I thought I had pulled a muscle this went on for 3 weeks, I went to my primary who thought it was my gallbladder, I was sent to imaging center and had ultrasound, my gallbladder was fine but my Liver and Spleen we're swollen, I was then sent to cancer doctor which I saw for several months, I had a lump know biosopy because something was seen in scans. I was then sent to a Liver Doctor who did a trans juggler Liver Biopsy and called and told me I had Cirrohos. He told me he felt I have had this at least for 10 years to be so bad. That was 3 years ago.

I had cancer and when the surgeon was doing the cancer surgery He discovered i had Fatty Liver Disease which when they examined it further the Dr discovered it had progressed to stage 4 Cirrohsis ...5 years ago ..

I found out when they did ultrasound on my gallbladder before they removed it. Have been on high doses of anti depression meds for years and never once did mental health send me for blood work to ensure my liver enzymes were not elevated. To date, my surgeon or PCP has advice on my diagnosis so I have no idea how advanced my disease is.

I was 22. My Liver was huge and so was my spleen. had pain so bad it pressed on my spine. Had imaging done. showed consistent with NASH. 5 yrs later got hospitalized with pneumonia, they mentioned hepatosplenomegaly .. I demanded biopsy. At age 27 it showed stage 4 cirrhosis

I had been seeing a neurologist for migraines and they did blood work first to check liver function to make sure I could take the medications they wanted to prescribe. I never got the results of this test from the neurologist and they gave me several medications to take over about 3 months. Then I caught bronchitis and went in to see my primary care. He looked at my chart and the neurologist had faxed the results to them. My liver enzymes were off the chart and he had me get a liver ultrasound that week and more blood work. If I hadn't gotten sick I would have continued taking those pills that they gave me and would have further damaged my liver!

I changed doctors about a year ago, and he did routine blood work. My platelet count was low, which I thought was because I had been taking ibuprofen for shoulder pain. He repeated the test, and my platelet count was still low, so he referred me to a hematologist/oncologist. I had a bone marrow biopsy and a CT of the chest and abdomen. I was terrified I had leukemia and had no idea whatsoever that I could have any kind of liver problem. I rarely drank alcohol, and I had never heard of NAFLD or NASH. The bone marrow biopsy was normal, but the abdominal CT showed abnormalities in the liver and an enlarged spleen. Cirrhosis was suspected and then confirmed through biopsy. My liver enzymes were slightly elevated, but not much (and are normal right now). The low platelet count was really the only symptom I had, and I wouldn't have known about that except for the routine blood work when changing PCP's. So I ended up with cirrhosis due to NASH without ever having any symptoms at all.

I was given an ultra sound test of my liver after several months of on and off mild stomach aches and nausea. I kept thinking it would go away and it never did.

After a gallbladder ultrasound my Gastroenterologist said I have fatty liver & blood tests indicated elevated liver enzymes so a liver scan was recommended. I had the scan & the doctor (hepatologist) came in right away & told me I have stage 2 or 3 NASH & recommended a liver biopsy as soon as possible. I had the biopsy which confirmed NASH stage 3. I am pre-diabetic according to hgbA1c & also hypothyroid, have hypertension & take statins for high cholesterol. I’m also over weight. I’m sure all were contributing factors. After NASH diagnosis I realized excessive fatigue, itching skin & nausea were all symptoms of liver disease.

I had tenderness in upper quadrants right and left. My last labs showed a elevation in LFTs. Dr. Ordered a CT scan of stomach. Results were fatty liver, severe clogged arteries, umbilical hernia, and a renal cyst. He has taken me off my fibro meds, ibuprofen, and Tylenol which can all cause liver problems. I was more then a little surprised. I am 66, non drinker but I am over weight. So Dr. suggests lose weight, exercise and will redo labs in two months. That was nine days ago. I have been reading everything I can find on it and gave up my best friends Coke and sweets. So, I will try my best to do what I can to get better or at least not get worse. I have decided to Love my Liver❤️.

I vomited up a quart of blood.

I was diagnosed in the ER.

I had a body scan in December and they never found anything yet my whole body was in pain. In January 2020 I started getting pain in my right side and back...it was really annoying and painful. Everytime I bent forward, it hurt. I kept on telling doctors but they wouldn't listen. Only one said maybe it was my gallbladder. During Covid they did no blood tests and it was only about a month ago my new doctor, at my insistence ,sent me for an ultrasound. The next DAY he called me with the results: fatty liver. Told me to eat healthily and do some exercise. He also said that lots of people had been lazy and over-eating during lockdown. I also have kidney problems and underactive thyroid,(with possible parathyroid, but it needs to be checked), Vitamin D deficiency (again my GPs would listen to me). By the way, the pain I felt just went away about 2 months ago, of its own accord. Have now started trying to eliminate carbs..my biggest problem is a few biscuits a day and also wine, which I love.

After a bday party where I had more than few drinks and a really big steak next day I felt pain in my right side abdomen. It was so severe I went to immediate care where they did X-ray and told me possible kidney stones.

Next week I had a zoom visit with my new primary doctor who suggested Ct scan and referred me to a gastroenterologist. Also told me that my previous doctor already diagnosed or put it in my file that I have fatty liver disease. I personally didnt recall it or maybe my previous doctor didn’t even told me about it.

Anyways my ct scan showed fatty liver and they also suggested to do upper endoscopy which I didn’t do it yet.

Im going to to blood test for now to see how my blood is.

As far as the pain after I stopped drinking and eating steaks, carbs, sugar, processed food and soda and dropped about 10-15 lbs right away literally within 1 month my liver feels alot better. Pain is still there but it is much less and bearable.

I also have a mid back pain and a right shoulder pain but im not sure if it is related to faty liver or my working out.

What I eat is oatmeal for breakfast

Chicken and fix and some fruits mostly berries and citrus

Also drink plenty of water and getting alot of exercises.

When you were first diagnosed with fatty liver, what was your doctor's initial advice?

It was less funny when she became ill. What advice did you get?

thing about being diagnosed with fatty liver or NASH is…\\\" The casual way in which the doctor...

What did your physician say you should do about Fatty Liver (or NASH)?

Thanks for all your responses yesterday! Next question...when you were first told about your raised...

Fatty liver turned to Nash and then liver fibrosis

can’t seem to lose any weight... I’ve been told stage 2 and 3 are reversible by my doctor but stage...

Will you take 90 Seconds to Help Improve healthcare for peop...