Hi, I’m 20 and for about 6 years I have suffered with severe period pains and pains in general, my stomach swells and sometimes I get a lump near my left ovary that you can feel, I’ve been bleeding after sex but hours after it and the pain is unbearable I’ve had a cervix examination and an ultrasound and they said I had an ectopi but I feel as though there is more going on, can anyone explain from there symptoms what it could be ,the ultrasound was performed by a trainee and was more interested in my liver than my cervix she said that she couldn’t see any problems but you know your own body and I know somethings not right I’m concerned if it doesn’t get sorted to what the circumstances could be like infertility and it scares me 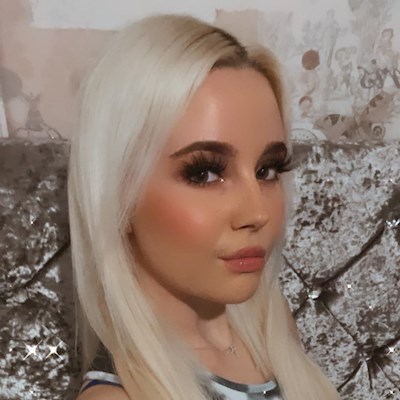 LaurenHamilton_
To view profiles and participate in discussions please or .
10 Replies
•

Hi Lauren I’m going through the same as you.I’ve had very bad periods, bad cramping and bloating, cystitis, water infections and nausea. I had an ultrasound and was told that there were no cysts. However, I know there is something wrong, my body is not right and I know it. My doctor is doing everything to avoid me having a Laparoscopy to potentially get a diagnosis.

It’s possibly one of the worst things to go through and there is never a solid answer it’s back and forth running around for them to tell your here isn’t anything there they told me as soon as I turn 24 to get a smear test which worried me and my ultrasound was performed by a trainee who was more interested in my liver than my ovary and they didn’t do a laparoscopy but after she used the clamp as soon as I left the room by belly had swollen and when I got home I was bleeding which i wasn’t happy because I wanted to show them it’s an absolute nightmare, have they said you have Endo or are you still waiting for info by them x

Hi Lauren. I feel your pain. A bit of background to my story. I suffered with bad periods from 11 till about 22. My GP put on everything (mefenamic acid, tranexmic acid) and even offered the pill but my mum refused this as I was 16.

I eventually was referred to gynaecology at 21 after showing up in agony.

My first appointment I had an examination and was told everything 'felt fine'. I insisted for a scan. I ended up having a transvaginal ultrasound which did identify cysts and July 2015 I had my first laparoscopy surgery which confirmed endometriosis stage 4.

I'm 27 now and I think my biggest issue has been fertility. I was put on to birth control to help with symptoms but long term it has been a pain. I am now on a meat free diet, taking supplements and have also cut out dairy and apart from Day 1 of my cycle being horrendous the other 3 days I'm functioning and able with no clots or heavy bleeding which was a big issue for me.

I would say you know your body well.

I'd try and get another referral for gynaecology and see if they an do more investigations.

I am in the process of actually going private so I can have a fertility MOT so I can just have peace of mind that all is ok.

But I understand what you are going through. Definitely persist and have everything checked - you deserve to live a life that isn't in pain.

Thank you so much and it’s hard finding the answers to what it is as my last gp who got my ultrasound and cervical screening appointment actually ended up leaving I tried my best not to go the doctors as I didn’t feel comfortable telling them and when I finally got the courage to they left and I’m fed up having to explain it over and over again with no hope in sight and what was your main struggles with fertility I see all the stories about endo and fertility and it scares me because I know I have left it so long, my mum and Aunty both suffer with cysts so part of me thinks there’s a possible chance I could to but when I got the ultrasound she was more interested in my liver than my cervix, thank you so much for your advice and helping me to find a way to seek professional help x

So when I had my surgery they found fibroids (which my Mum has a history of) and also on my mother's side I have cousin's who have had gynaecological issues. So I definitely think there is some hereditary factors. In regards to fertility when I did get my diagnosis I asked when was the 'right time' to have a baby. Because I knew it could effect it. I was told that they couldn't say when but told me not to leave it long as endometriosis can have an impact on you conceiving (may not be as straightforward as others).

My symptoms were: heavy bleeding, bad backache, nausea and vomiting, I could barely walk for the first 2 days. I'd spend a lot of the first 2 days hobbling at work or necking codiene for the pain. It was and can be emotionally and mentally draining.

Really, I’m unsure about the rest of my families hereditary as I don’t really know them or they are no longer here so I know that cysts could be a factor to me but supposedly there wasn’t anything there when they looked however my mum has felt the lump that comes and goes and did they mention what age up to and some of your symptoms are similar to mine I take lots of paracetamol etc but the pain is still there the exact same strength and there has been plenty of times I’ve cried of the pain and my boyfriend doesn’t know what to do he’s worried about me because he sees the swollen belly all the time and knows that I bleed

Hi Lauren, I’m sorry you’ve been struggling so much! I’m 20 and I have stage 4 endometriosis which completely rules my life. Your symptoms certainly match those typical of endometriosis. Have you pressed your GP for a gynaecology referral? Keyhole seem like a really daunting thing but it’s the only way for a definite diagnosis. In the mean time to help you cope with the symptoms, heat on the lower back and abdomen helps, take paracetamol and ibroprofen when you have pain. I follow the Endometriosis diet to help with my bloated etc, if you google it there should be plenty of recipes. I also found travel sickness wristbands help on the days when my nausea is it’s worst. I hope you get some more clarity soon!

I’ve been suffering from really similar symptoms for nearly 2 years now and I’m stuck in the same position where I’ve had my internal and external ultrasounds done but mine came back clear and I feel stuck in limbo:/ I know somethings wrong but they kept trying to blame it on the pill so I was switching contraception constantly and as it started before I turned 18 I found a lot of male doctors or older woman didn’t want to hear it and basically told me I was young so it was hormonal. I managed to push to see a gynaecologist who said it’s likely endometriosis and get referred for a laparoscopy but with covid no one will see me anymore and my symptoms continue to get worse to the point where they interfere with my daily life. If you can push through I definitely recommend trying to get referred for a laparoscopy as it’s my only hope at the moment

Completely feel for you, having been there before. If you can afford, go for an MRI and see an experienced gynae in private otherwise you could asking your GP to refer you for both via the NHS. Some private gynaes work in the NHS too. Get your thyroids and nutrients checked in the meantime, a simple blood test which could be done both in private (e.g. fingerprick test) and NHS.

In my case, I was misdiagnosed with endometriosis but turned out to be a thyroid issue with iron deficient anaemia and poor vitamin D/B12 and folate levels (due to malabsorption, these low levels also contribute to infertility), and was confirmed by an MRI by an experienced radiologist and gynaecologist. Best money spent imho.

I hope you find an answer. Good luck and keep us posted!! ❤️

Hi Lauren! So sorry you’re going through this! I can completely empathise with you. I have had painful periods since I was 14 and I’m now 27. My symptoms are severe period pains, can’t walk some days, exhausted, light headed, painful sex and nausea just to name a few. I was put on the Levest pill to try and help but I still feel these symptoms just less. Like yourself I haven’t been officially diagnosed with this as this would mean having the laparoscopy surgery but they said It’s a high chance I have it based on all my symptoms and family history.

I would go to the dr’s and asked to be referred to gynaecologist they could help you further with surgery or trying the pill etc and maybe see if you can get your smear test early? Not sure if that’s possible.

Just some tips I’ve found helpful is I use deep freeze gel on my stomach when I am on or have pain, feminax is the only thing that helps with pain(can’t use paracetamol etc) it’s amazing, peppermint tea / chamomile tea helps a lot as it helps with inflammation.

hour or more to even go, I have lower back pains and side pains, i have difficulty having sex...

been struggling with pain for a while now. I have seen a specialist today who has said that they...

pregnancy test which turned out to be a faulty test... after a doctors visit, I was told I had a...

back and pelvic pain for over a year now, bad cramps that make me cripple up in pain on the floor...

then rushed in to hospital with lower abdominal pain.

To be told it was because I was late for my...