When I realised I wasn't alone - The Dyslexia Comm...

Living with dyslexia can feel very lonely. For me growing up, I was always aware that I was an incredibly slow reader and would dread having to read aloud to the class as I felt that my fragmented reading made it impossible for my classmates to understand me. Even silent reading was a challenge as I knew how much slower I was than the other children and would end up left behind, too embarrassed to admit I was the only one who hadn’t finished the chapter. 1 in 10 people in the UK have dyslexia, so the chances are there were three other children in my class suffering in silence in the same way.

But I was not alone in feeling lonely. Since working for Dyslexia Action I repeatedly hear of people feeling isolated because of their difficulties caused by dyslexia.

It was over a year ago when I was watching Kara Tointon’s brilliant BBC3 documentary about her dyslexia called Kara Tointon: Don’t Call Me Stupid, that I had a real wake up call. Everyone’s dyslexia affects them differently, but watching Kara made me realise that I wasn’t alone.

And when I thought about it, there were so many people with dyslexia who I already admired. A whole load of hilarious and clever comedians like Shappi Khorsandi, Eddie Izzard and Ross Noble. They are people who are able to think on their feet and always have a witty comeback. I’d always known that they were clever and funny but now I knew they were dyslexic as well. Suddenly I started noticing it more and more, artists like Mollie King from the Saturdays, Florence Welch and Noel Gallagher are all dyslexic and have forged amazing careers for themselves in the music industry.

It seemed incredible all of a sudden that something that 6 million people in the UK are affected by could make us feel so alone.

We only have a few days left but I still haven’t made up my mind about who to nominate for Dyslexia Action’s It’s Me! Award, which aims to give recognition to the dyslexic celebrities who people have found most inspiring. What I do know is that every single celebrity who is nominated has already done something amazing. They’ve opened up about their dyslexia, and for that I’m so grateful because they are helping to put an end to people with dyslexia feeling alone.

If, unlike me, you already know who you want to nominate or would just like to find out more please go to dyslexiaaction.org.uk/News/... 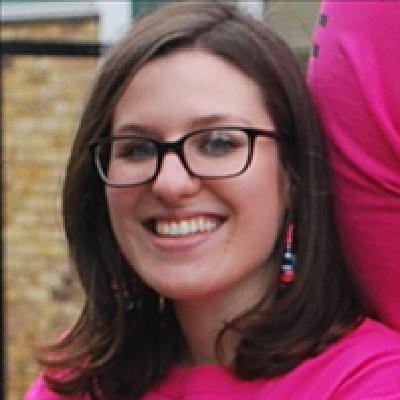 Sophie_DA
To view profiles and participate in discussions please or .
6 Replies
•

I would like to nominate all those wonderful mothers including myself who get their children diagnosed and then fight for the resources to put in place. If it was not for the mothers many children would go undiagnosed, however, there is very little support for mothers and recognition for them. Why are we focusing on the dyslexia celebrities?

I think this comment is brilliant and you have my support all the way! i myself was one of the unfortunate ones to go through school undiagnosed! I actually got kicked out of college to re-sit my GCSEs because they said it was too intense for me!

I joined the Royal Navy 18months after leaving school and after 2days of being there they picked it up straight away!

You are not alone!

Hi 301606, great point! I watched my mum go through the same as you so totally get where you're coming from. Dyslexia Action are in the process of setting up Community Groups around the UK and we hope that some of these can be really centred around parents so that we can help to build up a much needed support network. If you have any other ideas of how we can recognise mums please let me know and I can pass them on!

The It's Me! Award is just one of the awards presented at the Dyslexia Action Awards Dinner. The other awards are the Lady Radnor, for services to dyslexia, the Young Person's for one of our Learners and the Dyslexia Action Award for an individual who as achieved within their industry but the It's Me! Award is the only one that is chosen by public nomination.

Definitely behind your call for more recognition for parents however!

What happens when parents refuse diagnostic assessment of dyslexia for their child?

population who, according to the British Dyslexic Association, have a serious form of dyslexia. The...

lot my lob because I have dyslexia

and it was taken away by ignorant people that think dyslexic people are stupid.

Help! Any Dyslexic Writers out there?

mildly dyslexic (I could always read...just slow) and I want to know what to tell a severe...

Do you think that the the word \"Dyslexia\" is misleading? Should it be changed?

underlying problems with Dyslexics. I am apparently \\"Severely Dyslexic\\" I don't however...

out there who has been in the same situation as us? We had our son identified with dyslexia aged 8...