Did anyone catch this documentary about promising treatment that was bought out by big pharma and seemingly shut down? i wonder how many real working cures/treatments are being held back by big pharma so they can make there billions dragging us along on tablets that give us a couple of hrs relief?

really pisses me off 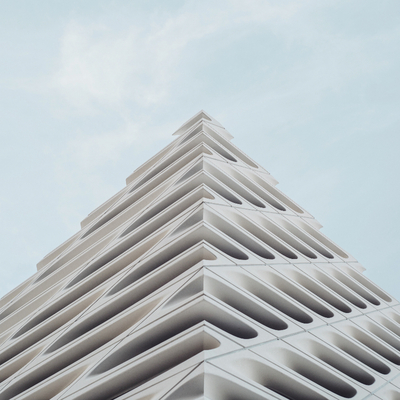 Todd-pw
To view profiles and participate in discussions please or .
25 Replies
•

I remember watching that. Sickened me that the plug was pulled on the trial.

Big Pharma is guilty of many sins, however, suppressing an actual Parkinson's cure would not be one of them because there would be billions of profit to be had. "Miracle" cures are abandoned because they were not cures to begin with and ultimately failed in testing.

Did you see the documentary park bear? Looked like it was working for people then was just cancelled. Do you think by curing Parkinsons they would make more money than keep feeding us medication?

Gioc in reply to park_bear

And if it was something non-patentable?

park_bear in reply to Gioc

...they would not have even started

This trial failed, it didn’t meet statistical significance,nothing to do with the pharma company that provided the drug. PB is right.

There is essentially inelastic demand for a 'cure' - many people would cash in their entire net worth for it and younger people would go further and incur debt for it - and if the interest in Swiss PTT is any indicator, plenty of people willing to pay 40 to 80K USD for that (which is by no means a 'cure').

DBS is another example of the demand for effective treatments that arent cheap.

Also, most PD drugs are off patent, available aa cheap generics so not the goldmine that you think they are.

I think it’s likely that some effective treatments have been discovered and abandoned. We know that PD patients fall in to different types or subgroups and testing has been carried out across the groups. It’s possible that the statistical outcome may have have been positive for one particular group but ended up falling overall and thus abandoned

That's exactly what I was going to say. My "version" of PD is quite different from most of the PWP I've met, and my reaction to meds is unique, so my "cure" could be unique as well.

I agree. Pramipexole was a disaster, madopar never worked and when it was increased my tremors got worse and walking was more difficult, Vitamin B1 made my tremors much worse. I have a feeling if I take all the madopar I am supposed to take I would be a zombie. And I know what I am talking about as 17yeas ago I got Rheumatoid Arthritis. Luckily the treatment worked incredibly well, I never looked at supplements and just took my pills( methotrexate) . With Parkinson I was started on pramipexole . Got loads of side effects, did nothing to my tremor and when I stopped it due to chest pain I shivered for 2 days. That left a real bad experience.

i watched the documentary seemed pretty effective for those not on placebo. This post was written out of frustration as i fall into the category of co/careladopa/Sinemet not really effective way of combating stiffness and slow train of thought when in off state, it does help but only for short periods i basically have to take almost 50mg every 45 mins if i want to keep moving all day i have tried adjusting meal times i have tried one meal a day i have reduced protein intake i have tried modified release i have even tried apomorphine pump. so when i see a documentary about a treatment that looks effective then is suddenly purchased by big pharma and stopped almost instantly it makes me ask the question.

I don't have a background in science, but it seems that there is a lot of small molecule research going on (kinase inhibitors) by some lesser known pharmaceutical companies. Their pitch is always the market demand and the money to be made.

I think you're spot on, big pharma is buying supplement companies too. Can't get NAC on Amazon anymore. There's an agenda behind this, not unlike corporate food producers buying up small organic food suppliers. The effect is twofold; get into the game quickly and then shutdown competition.

WinnieThePoo in reply to SilentEchoes

That's interesting. Can you quote a few examples? Which pharma have bought which supplement suppliers?

SilentEchoes in reply to WinnieThePoo

slimweiss in reply to SilentEchoes

I know there are some who dislike mercola but he has been fighting big pharma for years. He sells NAC. That’s where we buy it.

The reason there is money in a cure--a real cure--is that new people are always getting Parkinsons, so there would be a steady supply of new customers. Right now, Parkinsons treatment is (for the most part dopamine replacement) generic and cheap.

Gioc in reply to amykp

In fact, they don't finance it. They prefer to sell vaccines

Why not stop looking for a so-called cure or any medication for that matter.

There is only one known and well well-proven way to reverse many of your movement symptoms, which has been proven by the Mayo Clinic and reported in their Mayo Clinic Trial Reporet. I have been doing the recomennded exercise since 1994 and have been Pd medication-free since 2002 I am nearly 88 and am still doing thr walking.

Im not looking for a so called cure I'm looking for a cure. thanks for the link john i have seen your stuff on walking and appreciate your advice I do 30 mins hiit trainings every other day I'm still in reasonable shape and can still get about ok i have yopd for 6 years diagnosed at 35yr old. I will look at your stuff again thanks for the reply and sharing your techniques

Thanks PLease don't think that any exercise can reverse Pd symptoms, they do not. I get nothing from you doing fast walking, I will give youy all the information on how to do it, free of charge. I just wany you and everybody with Pd to reverse their symptoms. Good Luck!

i don't understand why your post was 'edited' (ahem) by the "moderation team"...what did they remove?

THey temoved ny email address. I don't know how else for you to contact n=m eto get all the free informatiojn and videos. Try looking on Amazon for my name, both John Pepper and John Douglas pepper. Good luck

review argues that Abramson goes too easy on big Pharma. The real story is much more sickening....

Greetings From a New Member

if the only solution to Parkinson’s comes from Big Pharma in the form of some obscenely expensive...

of bilateral treatment. I assume this prevents those of us who only need/want treatment on one...

We can change the course of Parkinson's treatments.

waiting to be heard. If we pick our target, treatments in time for us, we can find a way.
•
22 Replies