Only in France - a solution for gait prob... - Cure Parkinson's

I find it a bit hard to believe this only exists in France. But I can't find it it elsewhere. Its made just up the road in Montpellier. At 1800 euros it's expensive but there is a 10 day personalisation service and 14 day money back trial period.

I'd have bought it for my Dad when he was alive - freezing and shuffling gait were his biggest miseries.

How about you. Marc? 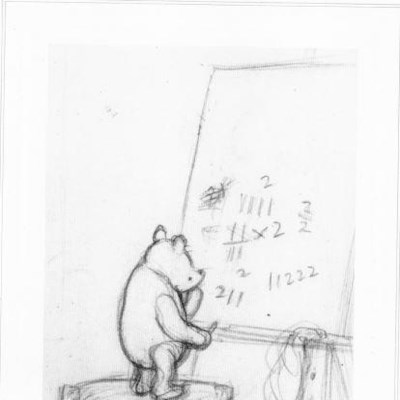 WinnieThePoo
To view profiles and participate in discussions please or .
37 Replies
•

Have you tried it yet? Thanks - JG

I'm fortunately not yet at that stage. I just noticed it while Google searching for something else

Fascinating (even though i cant understand French). Did it work as shown for your father? Any other comments about your experience using with your Dad? Is it widely used in France?

WinnieThePoo in reply to Hikoi

No. I only found it today. Dad passed away in February.

WinnieThePoo in reply to Hikoi

Maybe available in the land of the all blacks?

Hikoi in reply to WinnieThePoo

Thanks Winnie. I will just mention that the contact details are for our arch rival Ausssie! However in the interests of Pacific Harmony (and because I am interested) i will be following this up.Ta bro.

Too good to be true! What's the catch??

PS: Not everyone speaks or understands French. I clicked the English version but it remained in French. Boy, these French people will not speak any other language even if they know it. Are you part French?

park_bear in reply to Despe

The chrome browser will render the webpage in English

👍Good translation by my browser

PB, thanks! Don't use it, use Firefox.

Despe in reply to park_bear

Thanks, guys. Not needed now anyway, but if the need arises in the future. . .

beehive23 in reply to Despe

I think, probably the reason it only exists in France is that it's fairly recently launched. And, well, if you know the French...

"A new invention by a start-up company in Montpellier hopes to dramatically improve the mobility problems people with Parkinson’s suffer daily.

Around 1.2 million people in the European Union have the condition and April 11 is World Parkinson’s Day, which aims to raise awareness and highlight the way the disease can affect a person.

Impaired walking with slowed movements, shuffling steps, sudden freezing and difficulties turning are some of the consequences and the young Montpellier company, Resilient Innovation, has come up with an invention which seems to help the body overcome them.

Their WalkMe device consists of a small control box which can be attached to a belt around the waist, and a wire, which leads to a tiny speaker which is clipped in front of the ear.

It works by sending a rhythmic, low, audio signal which stimulates the brain to overcome hesitation in sending the necessary messages to the limbs, thereby enabling the person to continue walking.

The idea came from the fact that sounds do have a direct and measurable effect on human behaviour patterns - for example, soldiers marching to the beat of a drum or people tapping their feet unconsciously to the sound of music on the radio. The sound is unobtrusive because it is transmitted directly to the inner ear through the skull rather than through the ear."

" 74 year-old Michel Joullié, from Portiragnes in the Hérault, was diagnosed with the disease 3½ years ago and says the WalkMe device has changed his life: “I can walk much better and it has helped me with my balance problems. The effect was so positive that as soon as I discovered it I immediately started a kind of crusade to help the young engineer who created it to improve his invention and to try to accelerate the possibilities of commercialisation of that device.

“The disease had hit me hard as I was a motor-bike enthusiast and I had to sell my Harleys and drive an automatic car. My wife cried when she saw the difference it made,” he said.

The company was founded in 2016 and so far has around 70 customers in the South of France. Tristram Congreve, who helps French companies export to the UK, has taken the device to the charity Parkinson’s UK and says he had a very warm welcome and hopes to sign a deal with them soon. He is also applying to present the product on Dragon’s Den.

The 27 year-old founder of the company, Jordan Miron, makes no medical claims for his product. He is an IT engineer and says he took the best of technology and applied it to the best of medical research to create something useful. His product is made by a company where the majority of employees are disabled.

WalkMe does not come cheap at €2,000 but money will be reimbursed if people are not satisfied. The company is also looking into payment plans.

For more information on the WalkMe, please contact Mr Congreve on 06 72 12 93 29 or visit resilient-innovation.com/en"

(I might have a go at a translation, but it's a lot of typing. The lady and her husband say it's changed her life because she can move around independently with the device.

Is there a translated version in English?

Not that I can find. I've had a go, but it's a lot. The gist isUntil 2 years ago Roseline was unable to move round her apartment independently. Diagnosed in 1994 her life was turned upside down .she was only 50 years old

"fatigue, right hand tremor, delayed seeing a neuro cos didn't want to deal with it.

Diagnosis PD. Loss of mobility, balance... Repeated falls, broke her wrist 4 times, but she is a fighter, and doesn't give up, and in 2016 she tried the *walk" device, which let's her walk with much less difficulty, a real breath of fresh air, for her and her husband

(husband) "without the device she would freeze, a bit like she fell asleep trying to walk...

(wife)" and now I make myself move about, I can come and go, do the housework... I wouldn't want to be without it "

(narrator)" the walk, marketed in english??? is 100% made in Montpellier and was inspired by a tragic event in his entourage.

(inventor, paraphrased) "it was a friend's car accident led to me being in the neuro ward, where I had the idea to work on the problem for so many people, with nothing to help them, I decided to work on the project of helping them ..."

5 years work in his student bedroom the device was in a state to be sold.

"it analyses the movement and based on that analysis sends a stimulation to the user, an audio stimulation which acts on the skull in front of the ear... and it's that rhythmic stimulation, which permits the person to walk to the rhythm and have a better ability to walk

"this gadget costs 1800 euro which is not reimbursed by state health insurance, but it's has 300 users in the south of France. Jordan has offered shares to the public to develop the product and the whole European market where, like Roseline, there are close to 2 million people affected by PD

There’s also Beats Medical in Ireland who’ve been around for some time - beatstherapeutics.com/produ...

binnyrox in reply to Cagey84

Helpful - Thanks for that.

Do you think it will be available in the United states soon? I appreciate all the information you provide. Wish me luck and say some prayers for me. I'm starting on low dose c/l tomorrow and I'm scared to death. My neurologist is trying it to determine if I have Parkinson's. Current diagnoses is Parkinsonism. Thanks again for your help.

Quite possibly. Looks like it spent a few years as a garage business and now has more professional marketingThe problem is your 1800 euros buys 10 days home setup service and lifetime support. You're a long way from Montpellier

Astra7 in reply to Smittybear7

Smittybear7 in reply to Astra7

condor39 in reply to Smittybear7

Dont be scared of C/L, I have been on it for years, with good results and no side effects.

Smittybear7 in reply to condor39

How long have you been on c/l? What problem a did it help or eliminate?Thanks for your help

FYI: You can change the link to English and the video has subtitles in English.

Despe in reply to laglag

How do you change the link to English? One has to speak French to translate to English and search the translated video name on you tube, I guess??

laglag in reply to Despe

Just click on the link, give it a few seconds and at the bottom it should give you an option of French or English. Let me know if you can't find it.

Despe in reply to laglag

Thanks, Laglag. Did it but the audio is still in French. Some literature changed to English, like "click to order"

If you mean the video in the link in my original post - it already has subtitles. You won't get a translation of speach

Thanks, WTP! I clicked on the subtitles and voila.

My niece, my sister's daughter attended the university at Montpellier. She is now working at Brussels, European Union.

Thanks very much for posting this information about aid for walking. At the moment my husband doesn’t have a walking issue, apart from weak muscles. It looks like another good device to help with PWP. Funnily enough we go to Montpellier annually to a friends villa in Montferrier sur lie. Thanks for translating it. I ll be keeping this post in case we need it.

I am currently awaiting the release of the Charco Neurotech CUE1 device, due out at the end of the year, for my husband. Sounds like similar technology.

Thanks Winnie. This loooks gd and I 'm only in the Charente so not far

Is anyone taking vitamin K2 helping gait and balance?

diagnosed Parkinson’s at 45). My major symptoms are gait and balance issues, along with difficulty...

What I learned only now after ten years.

Does anyone else have problems sweating?!

It might sound great, finding you don’t perspire anymore. However, even Scotland is having a...