Quote: “Luckily, millions of years of evolution has led to a complex and comprehensive DNA repair system that never takes holidays…. but might become a little slower as we age.” 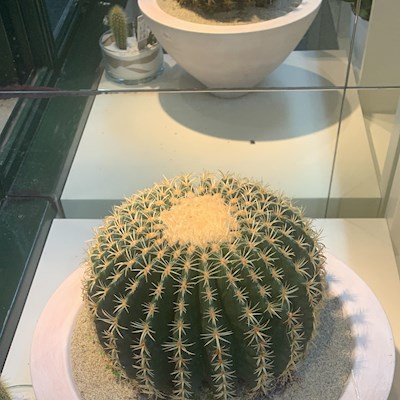 GioCas
To view profiles and participate in discussions please or .
Read more about...
23 Replies
•

Hi Gio'what kind of product are you using?

Can you use indefinitely or do you take a break? Thanks Gio'

Hi Fed,I am experimentingr, I take wide breaks, I apologize for being vague. Here is another research:

Very good Gio', according to this study, long - term integration of B3 seems to produce interesting results. Thanks again

The study SOPD is talking about isn't that form of B3 - not the niacin you have linked to. The little worms were getting, and the Norwegian study was testing

fr.iherb.com/pr/thorne-rese... - 2 capsules a day, so this would be a months supply

You are right WTP, but the argument is still "terra incognita" (DNA damaged and apostosis) so much so that if you read the comments of Luo T. here at the bottom, you will notice that the question b3 NR is put to "hard test" that is "searched Proof to the contrary and not found " which a good researcher should always do with his discoveries. However, your clarification is appreciated by me.

I have been taking Nicotinamide Riboside (Tru Niagen brand) for three years. It is expensive and I have no idea if it helps, but it seems promising enough to try unless or until the Norwegians determine that it's not helpful.

I should have been a lawyer...

Haha. There's an old country music song which was popular in the USA several years ago with these lyrics, "Mommas don't let your babies grow up to be cowboys. Let 'em be lawyers and doctors and such." I'm not sure if that's good advice or not. I buy a 90 count bottle of 300 mg pills for $119, which I guess is about 103 euros. That lasts approximately one month because I take 3 pills (900 mg) per day, which is slightly less than the study. I've spent money more foolishly. 😄

Missy0202 in reply to jimcaster

I take the same. Here’s some good info truniagen.com/blog/niagen-r...

I think B3 likely plays a big role in PD. Nightshade vegetables, including tomatoes, peppers, eggplant and potatoes have been shown in studies to be linked to lower rates of PD and they are high in B3, nicotinic acid. (Tobacco is also a nightshade vegetable, and smoking actually is linked to lower levels of PD). Nicotinic acid raises uric acid, which usually tests low in people with PD. My husband has always felt better after a beer, burger and fries - which we realize now likely raised his uric acid and B3 levels. He hasn't been tested for B3 yet, but his uric acid levels were really low.

Low uric acid is NOT a problem! Extremely low uric acid levels are result, not a cause, of illness. A phase 3 study that tried raising uric acid in order to slow Parkinson's progression was halted for futility. It actually accelerated Parkinson's progression, although the apologists try to excuse this because that result was not stat sig. High uric acid levels, in the same neighborhood as what they were trying to raise levels to, can cause stroke, heart attack and kidney disease. For details about this see my writing here:

Association ≠ Causation. Do Not Be Led Astray By This Popular Health Guru

Uric acid is a problem at both out of range low and high levels. This is a research based fact, not an opinion. Check Pubmed. There are probably hundreds of studies on this topic. Low levels are associated with diseases like Alzheimer's, MS and PD while high levels with gout and heart attack. Uric acid increase dopamine levels.

That video is dead wrong and is exactly what my writing addresses. Please do not promulgate misinformation. What you claim is not a "fact". You yourself admit this is an association. Association is not the same as causation.

That video is research based with all the supporting studies listed, like this one - Uric Acid in Parkinson's Disease - movementdisorders.onlinelib...

Recent studies have provided evidence that uric acid may play a role in the development and progression of Parkinson's disease (PD). Uric acid is a natural antioxidant that may reduce oxidative stress, a mechanism thought to play a role in the pathogenesis of PD. Higher levels of serum urate (SU) may have a neuroprotective effect. High SU levels reduced the risk of developing PD and correlated with slower PD progression. Among PD patients SU levels were lower as compared with controls. The manipulation of SU levels holds promise in the treatment of PD. It is possible that a high purine diet in patients with PD may slow progression of the disease. Milk and meat consumption as well as exercise modify the risk of developing PD possibly through their influence on SU levels. In this article, we review the association between PD and SU levels and its implication on the management of PD.

There's ton of studies on Pubmed all long the same lines.

Please try actually reading what you just referenced. It says:

"In this article, we review the association between PD and SU levels and its implication on the management of PD."

The interventional study of raising uric acid level to alleviate Parkinson's failed. This proves the observed association was nothing more than that.

I suggest you read this for an example of how association was mistaken for causation in this matter: tinyurl.com/ycsr4cfu

One change alone like uric acid may not be enough to see improvement. My husband has been doing gut and nutrition testing as well as monitoring his uric acid. Besides the uric acid he is correcting vitamin D and B12 deficiencies, doing Qi Gong, foot reflexology, acupressure, getting more exercise and sunshine, and posture exercises. It has all been helping. This afternoon I got his foot tremor to stop and his hand to close again with acupressure. I picked all the ideas off published research studies on Pubmed. My goal is 1% improvement from each of 100 factors.

An interesting old experiment to ponder about -

could be maintained on a diet which was none-the-less incapable of producing highlevel health. He took animals and raised them on a diet of purified, processed

foodstuffs, devoid of all mineral salts except potassium phosphate and zinc and

virtually empty of vitamins except a little thiamine. Despite the poorly nourished

But by the time they reached adulthood, the animals showed numerous

indications of biological degeneration similar to those which are commonplace

amongst men in the civilised world. They had lots of dental caries, they suffered

from dysbacteria in the colon and were constipated, and their bones had

resembling that found in men suffering from degenerative diseases. No

supplements with vitamins were able to reverse these changes. The only thing

that would, provided it was given early enough, was an abundance of fresh raw

were later confirmed by nutritionists working in Stockholm and Munich.2

Is it possible that a great many people in the civilized world are, like Kollath's

animals, probably living in a state of "meso-health" -meso-tropy-induced by a

long-term diet of devitalised and processed foods. By increasing the number of

improve not only the health of people already suffering from degenerative

not yet shown themselves in clinical symptoms? "

The same goes for B deficiencies contributing to dementia, but B supplementation will not help reverse the late neurodegenerative damage.

Interesting articles thanks for sharing

Hi Smittybear,No daily dose for me as I am experimenting and studying doses, times and type of B3.

Interesting. I won't pretend to understand much of this stuff, but I think that this says that autophagy is deeply involved with DNA repair as well as the more often discussed actions such as its part in cell death: ncbi.nlm.nih.gov/pmc/articl...

1: Does autophagy have to be activated to do these jobs?

2: How often do we as modern humans with all the food we could ever want actually ever activate autophagy?

GioCas in reply to JAS9

We are in the same boat, in the sense that I too cannot understand all this easily, but given the high level of need I can learn very quickly what I need to survive the PD. Thank you for the research is another piece of cell death that I was missing ie Autophagy can cause cell death as well as apostosis and necrosis. IMHO fasting is not the only way to stimulate autophagy. Niacin also does this but not by itself. Within the research you posted, I found another that I'm sure you will find interesting.