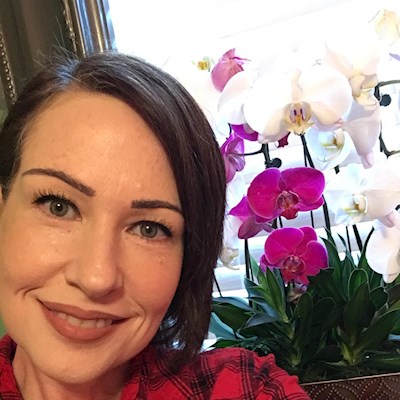 Gigi216
To view profiles and participate in discussions please or .
13 Replies
•

From the first reference:

" We demonstrate that inflammatory mediators ... were lower in the brains of mast cell deficient (MC-KO) mice and glia maturation factor-deficient (GMF-KO) mice when compared to wild type mice brains after acute ... (MPTP) administration."

Not really a surprise. In any case it is a pity researchers are still using the MPTP model which is an artificially induced parkinsonism, when there is now a genetically modified mouse available that gets humanized Parkinson's.

Nonetheless, "inhibition of mast cell activation could be a therapeutic option" is not a bad idea to test, starting with the proper animal model.

Gigi216 in reply to park_bear

Yes agreed! Use real world scenarios to base therapeutics on!

chartist in reply to park_bear

In studies giving mice a fecal transplant from PwP gave the mice Parkinson's disease like symptoms. I think this speaks volumes about the importance of the gut microbiota in PwP and those mice seem like they would be very good PD models for testing.

Yes great idea! I hope someone does that study

chartist in reply to Gigi216

In a sense, that study has already been done. They gave PwP a fecal transplant from healthy non PwP and the PwP got significantly better. The mouse study was just older and possibly a part of the reason that FMT is currently being tested successfully in humans.

I guess a human study giving healthy volunteers FMT from a PwP would add significant confirmation that PD is either greatly affected by the gut microbiota or PD actually begins in the gut. Either way, volunteer recipients for that study are likely to be non existent! So further FMT studies where PwP are given FMT from healthy donors seems like a good path forward.

Here is a link to the mouse study :

Now if MJFF would fund such a human study here in the US, that would be highly desirable as their name would certainly help spread the word and attract more attention and there would be none of the study dosing issues inherent in something like HDT/B1, which they turned down.

Maybe someone from that foundation will read your idea, just think of the prestige they would receive to actually make a big stride in developing a protocol for healing Parkinson’s. Wouldn’t any Parkinson’s foundation want that!

chartist in reply to Gigi216

Well, if your stated mission is to cure PD, then I would think so, but if those are just empty words, then I think not.

Yes so far lots of empty words, we will see

This was interesting because I have long suspected a connection of my thyroid cancer in 2012 to the disease progression of, what now looks like MS. (Going in for an MS screen this coming Monday).

I was on this site for a long time thinking I had Parkinson's but the article shows, and symptoms show, there is a connection of mast cells, T3 not getting into the cells, and MS and Parkinson's. After the sugery I had a steadily progressive ataxia and swallowing disorder, then walking problems and abnormal eye pursuits. In comparison to PD many symptoms are the same. These articles seem to show the link of just one possible connection of these diseases but there must be many more.

Gigi216 in reply to rideabike

I’m glad the post made a connection for you to think about and look into! Also anyone who has thyroid issues is at increased risk of developing Parkinson’s, MS etc because thyroid can cause myelin damage and affect neurons and I’m sure things I don’t even know yet. I’m sure thyroid being off causes a cascade to start and causes chronic issues and damage.That’s why I try to research several of the neurological diseases and stay abreast of what is helpful because I’ve had pretty severe thyroid issues that have caused neurological damage. I have swallowing issues myself and do best I can. Best wishes to you! It’s a hard slog getting proper diagnosis and treatment!

rideabike in reply to Gigi216

I was going to ask what made you post the information. Sorry you have been affected so heavily but nice to have so many good brains on this site that share with everyone. Every little bit helps us keep a lid on anxiety.

I'm still taking B1 and other supplements that help PWP and find a huge difference if I stop. Energy, coping and, I suspect, walking improves. ....(nothing helps swallowing except soft food and soup.) Hard to know with ataxia because every day is different.

Maybe most of the population needs a boost of B1. Take care Gigi.

Some time ago I got this book "Never Bet Against Occam: Mast Cell Activation Disease and the Modern Epidemic of Chronic Illness and Medical Complexity" by L. Afrin, MD who is supposedly to be a leading hematologist in the field of mast cell disease which can be implicated in many chronic conditions. Unfortunately I didn't have time to read the book yet (over 400 pages) and was very disappointed that there is no index to find specific information.

Gigi216 in reply to faridaro

Oh nice! Thanks for information I’ll try to find it!