I read a few posts on another blog stating their Parkinson's symptoms got worse after receiving the shot. Has anyone experienced that side effect? 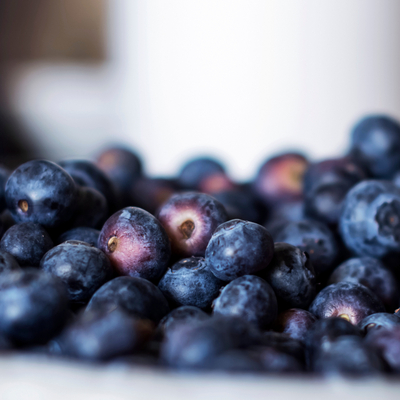 PeggyDay
To view profiles and participate in discussions please or .
17 Replies
•

I got my shot yesterday, Pfizer, Saturday, at 1 PM and no reaction at all. Personally, I doubt Parkinson's per se will cause adverse events. I think PWP who feel side effects would have anyway, but what I know.

I got my second vaccine Saturday. I had a little bit more rigidity yesterday and a little more tired. Fine today!

I had a fever and headache for 24 hours after the AstraZeneca jab. I shook more while shivering with fever but am fine now, day 3.

Shivering comes with the territory up there Daffers 🏴󠁧󠁢󠁳󠁣󠁴󠁿. 😬

JeanieBeanie in reply to jeeves19

My husband ached with the Astra Zeneca but only for a day or so.

I got my shot of covaccin 10 days ago. I feel two day's light tiredness and rigidity, nothing more. Usually when I am tired tremors increases and when I relaxed it become normal.

I received my second shot on Friday. The first shot I had soreness at the shot site and I was a little more tired. I went to bed early. The second shot, I had the same symptoms, but the fatigue lasted a full day. I did have a little bit of chills and body achiness. I had the Pfizer vaccine. I do know healthy friends that had Moderna and the second shot caused more flu-like symptoms in them. I have heard that its best not to take any Tylenol/Advil prior or after the shot. They are thinking it may decrease effectiveness. I didn't need any. The shot site does hurt quite a bit, but a heating pad really helped the major pain go within 24 hours. Plus, the heat helps disperse the vaccine to the rest of your body. 👍

Our son Martin had the Astra Zeneca vaccine two weeks ago and has had no after effects. He has had Parkinsons since 2010 and is now 52.

First shot of moderna and only sore at shot site

Another day has passed with zero side effects. I really had no problem with either Pfizer 1 or Pfizer 2.

Now four days since second shot and no side effects.

You are right! They are not even vaccines. . .

Had my second Pfizer shot today at noon.

No adverse side affects yet.

It’s good to see that most people report no more side effects than what would be expected among the non PD population. I was doing very well prior to my first dose of Pfizer. I take HDT and various supplements along with Pramipexole and Rasiligine. Afterwards, within a few days, my symptoms regressed to a level closer to my pre medication days a couple of years ago. I was scheduled for a neurological exam prior to the vaccine so I attended. I described my worsening condition to the doctor. He dismissed me saying “you’re just progressing “. I was furious! I’ve never heard of literally overnight progression to such an extent. The only added factor was the vaccine shot. It’s now nearly three months later and I’m still behind where I was prior to that shot. I wonder if others have considered that there may be long term negative effects for PWP that are currently unknown. A sore arm is the very least of our worries!

I got the J&J shot with no side effects and no changes in my PD symptoms yet.

Where are all the recent posts questioning the side effects of the Covid vaccines?

vaccine, side effects, reactions, pwp, parkinson's. The only thing that comes up are posts vaguely...

when I'm going to be going in. Has anyone already had it? Any side effects that you have noticed?...

question. Has anyone else had temporary worsening symptoms after their Pfizer Covid19 vaccine?...

Whether or not to get the COVID vaccine?