Knowledge is power ....learn about your disease.

Shortness of breath, a 'wearing-off' symptom in Parkinson's disease. 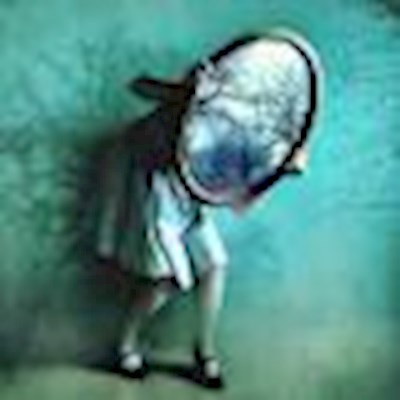 beehive23
To view profiles and participate in discussions please or .
Read more about...
15 Replies
•

"The presence of respiratory symptoms in Parkinson's disease (PD) has

been known since the first description of the disease, even though the

prevalence and incidence of these disturbances are not well defined.

Several causes have been reported, comprising obstructive and

restrictive pulmonary disease and changes in the central ventilatory

control, and different pathogenetic mechanisms have been postulated

accordingly. In our review, we encompass the current knowledge about

respiratory abnormalities in PD, as well as the impact of

anti-Parkinsonian drugs as either risk or protective factors. A

description of putative pathogenetic mechanisms is also provided, and

possible treatments are discussed, focusing on the importance of

recognising and treating respiratory symptoms as a key manifestation of

the disease itself. A brief description of respiratory dysfunctions in

It's a good review, but I don't think it goes far enough - I don't think the authors have fully explored all the possible mechanisms involved in respiratory dysfunction in PD. OTOH, I am gratified to see they drew parallels between NMLS and NMS:

" a significant reduction of anti-Parkinsonian drugs are risk factors for

the so-called neuroleptic malignant-like syndrome (NMLS), a rare but

I suspect there are similar mechanisms involved in SUDPAR.

Some possible avenues for discussion and research:

- role of serotonergic system (it's implicated in sudden death in PD and MSA as well as SIDS, and is involved in ventilatory response generally)

beehive23 in reply to Rhyothemis

Very Nice! Ta for that! cheers!

Rhyothemis in reply to Rhyothemis

more speculative - just want to add this in case I forget about it - the role of paraoxonase in oxygen sensing in the periphery. There is evidence for AMPK's role in peripheral oxygen sensing with feedback to ventilatory control in brainstem; it might act through the AMPK/PON1 signalling axis (the latter statement is just speculation).

PON1 gene variants are associated with PD, and it is thought that these variants increase susceptibility to damage from environmental toxicants such as organophosphate pesticides which could initiate the disease process. I don't know if PON1 has a role in the ongoing PD disease process. I'm also very interested in PON2 as it is expressed much more highly in females than males; it is localized in mitochondria and is probably not directly involved in response to pesticide exposure; it interacts with coenzyme Q10.

There was a medical hypothesis-type article that suggests flavonoids for prevention of SUDPAR; I like the idea but have to admit that not much evidence was presented:

An interesting sort of related factoid is that cetaceans (whales and dolphins) have evolved to lack PON1 activity. It may have something to do with adaptations diving; type of dietary fat intake is another possibility:

{ sorry I'm blathering on about this stuff; it keeps my mind off of other things... }

beehive23 in reply to Rhyothemis

thanks! ive been more or less aware of this data or lack thereof but i eat the rainbow because of the role of flavonoids , like berries. Im pretty concerned of SUDPAR. Thank you!

Anxiety causes breathing difficulties too and I sense this is making you very anxious.

Your problems may be caused by Parkinson’s and medication but some problems in breathing might be due to myofascial constriction. Read my early posts on myofascial stretching. If you can expand your chest using these stretching techniques it will help increase your lung capacity so you can breathe more deeply which might help if your lungs are deteriorating.

I start each morning by stretching my chest to get deeper breaths. Put a pillow under the top of your back just below the shoulder so your head is not on it but pulled down over it and stretch your arms out on each side. Breathe in deeply and out and feel the stretch in your shoulders and upper back.

Every time you think of it during the day when you are standing lean over from the waist to stretch your other side.

Try and stand and reach towards your toes. Imagine your back and chest is bound up with lots of little rubber bands and you are trying to break them.

How fascia affects your body

This also helps your flow of lymphatic and glymphatic fluids which remove waste from your brain.

All true and good info but i am deferring to the Neurosurgical team assessment and reassessment over a period of years...... Cheers!

You can do both safely😊

Ill try that thank you!

im trying what you suggested....Ta for that...

Let me know how it goes.

yes! thank you ...i am familiar! i like the way they address loneliness and how it predicts ...pd stuff....

Anyone has breathing problems

beehive23 in reply to Leslim

Anyone suffering bad periods with pd ?

engineering student at Georgia Tech researching Parkinson's disease and I would love to hear your...